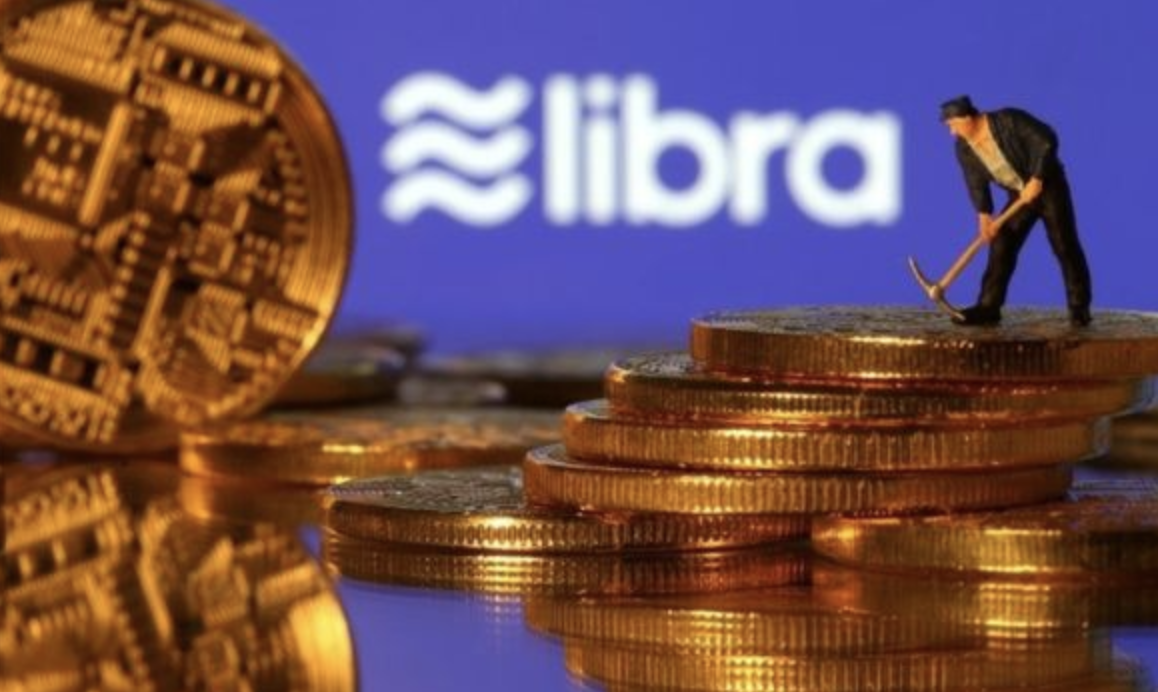 Back in June, David Marcus, head of the Libra, Facebook’s digital currency project, announced in advance of his testimony with the US House of Representatives, that Libra would be tied to a basket of low-risk securities and traditional, government-issued currencies, such as the dollar, euro, pound and yen.

Currently, under the new Libra coin implications, the Chinese Renminbi is absent from the currency basket, and one Chinese perspective has been that the Libra did this on purpose.

Since the financial crisis in 2008, and increasingly more so under Trump’s presidency with ongoing trade war tensions, China’s distrust towards the White House and the future direction of the cabinet has been growing. The question from the Chinese policymakers still now this: is this ongoing tension between China and US going to stop with Trump’s presidency, or is D.C.’s attitude toward China as previously an export/import oriented developing country changed forever?

The Economist did a great coverage of where we are in 2019 between China and America and they certainly think this tension will take a while if ever to resolve.

And Chinese media has echoed that with the Libra coin, United States has achieved its goals by excluding the Chinese RMB.

As Nathaniel Popper from the NY Times points out the contradiction on Twitter:

‘Two things the head of Facebook’s cryptocurrency project, David Marcus said in today’s hearing: “We do not want to compete with the dollar” “We would like for Libra to be a digital, global currency.” FB is likely to face lots of questions about the apparent conflict here.‘

Currently, Libra’s endorsed assets do not have Chinese Reminbi (RMB). One Chinese media suggested the possibility that China may endorse the IMF Coin instead, when earlier this month the IMF Managing Director Lagarde hinted at the Bank of England forum that the organization intends to launch a global currency like Bitcoin called the IMF Coin, under the Special Drawing Rights (SDR) mechanism.

The SDR was a special form of super-sovereign currency established in 1969, mainly composed of four currencies, including the US dollar, the euro, the Japanese yen and the British pound. Only much later in 2015 was China’s RMB added into the basket under the continuous efforts of the Chinese government. The weight of the RMB was second only to the US dollar and the euro, surpassing the Japanese yen and the British pound. And that was considered to be the most important step in the internationalization of the RMB. Ultimately, we don’t think that China’s endorsement of the IMF Coin will be substantial.

Ways to Deal with Libra

When faced with the Libra’s digital currency, Zhou Xiaochuan, president of the China’s Finance Association, said that China needs to prepare for the future and place the Renminbi into a favorable position in the future of internationalization and global competition, and better serve China in its economic development and in ensuring national economic and financial security.

Cheng Hua, an associate professor at the School of Economics of Renmin University of China, said at a fintech seminar recently that there are three main voices and comments in the country to deal with the challenges brought by Libra:

Cooperation between Large Exchanges with the Chinese Government

These aforementioned proposals are not out of reach. We’ve already seen Tencent and Alibaba forming blockchain teams with hundreds of people and building up private blockchains. We also see Facebook Libra under increasing scrutiny potentially moving base and focus to Asia completely, specifically to places like Southeast Asia and India where they have a large presence.

Nevertheless, the rise of international, large conglomerates actively becoming involved in crypto and the Libra hearing in DC does put Facebook and those similar in an awkward place, and raises the question for them of how they should interact with the regulators going forward.

Some players know very clearly who their allegiances are. Recently, there was a case in which the exchange Huobi collaborated with the Chinese police to solve a fraud case in which the fraudulent transactions were transferred into Bitcoin to avoid being tracked. Nevertheless, Huobi was able to track the flow of Bitcoin transactions to solve the case.

Earlier this year, we also highlighted how Huobi has been attempting to convince the regulators to focus strategically on creating a digital currency.

Specifically, at the beginning of January, Huobi’s COO Jia Wei Zhu gave a presentation (in Chinese) on the potential impact of blockchains at what appeared to be a blockchain conference. The presentation was pretty standard, but in one of the slides, Zhu mentioned that Huobi is having conversations with Chinese business executives on ways to use blockchain to move China forward. Here are his top 3 points:

These comments were particularly interesting. Despite a mutual understanding among the Chinese crypto circle, not many Chinese execs have spoken publicly and in detail about how blockchain can advance China’s position in the world, except perhaps the Preside Xi Jinping himself. Out of the top exchanges, Huobi is one of the largest the exchanges closest to China, with its team recently even setting a set up a Communist Party committee at a Beijing-based subsidiary.

It’s a Matter of Time

To us, we see that it’s simply a matter of time when projects, large corporations such as Facebook, exchanges, and the local regulators start forming public, or secret alliances in this global race towards digital financial dominance. The only coins that will least likely be subjected to influence maybe Bitcoin, Ethereum and those that persevere in this ever centralizing space.

1 comment on “Libra’s Perceived Threat Towards the Chinese Renminbi”