China is officially all-in on blockchain 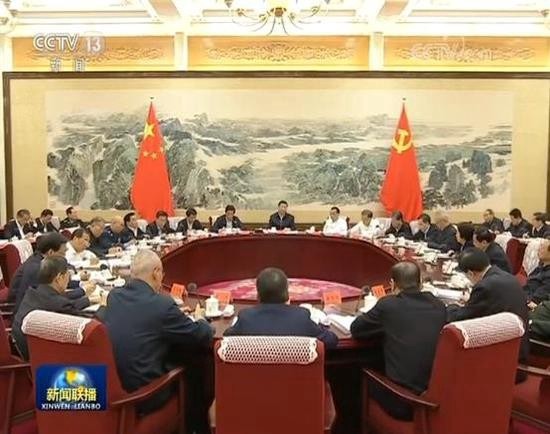 This is a contributing article from Mia ?? Deng, Investor at Dragonfly Capital. Formerly @AmberGroup and @Mobike. Wesleyan Psych+CS. This article first appeared on Medium.

Last week, President Xi announced that “blockchain is a core [technological] breakthrough” and called for immediate investment into research, experimentation, and government support into what he dubbed a “Blockchain+” national strategy. Since then, the nation has gone into a blockchain frenzy: blockchain stocks and crypto markets soared, WeChat and Baidu searches ballooned over 60x, and everyone is now talking about blockchain.

If you’re not familiar with the Chinese blockchain industry, it might not be obvious how big of a deal this was. Make no mistake: this is a monumental event, and permanently changes the outlook of blockchain in China.

So what happens now? Is this fuel for a new ICO bubble? Is this just China’s version of the “blockchain not Bitcoin” phase? In this article, we’ll demystify what this event means — and doesn’t mean — for China’s blockchain industry.

You should not confuse China’s vision with blockchain with the Silicon Valley vision. In Xi Jinping’s speech, he emphasized the country should use blockchain to encourage data sharing, make businesses more efficient, and establish better credit systems in various sectors including IoT, supply chain management, and government services.

Notably, Xi did not once mention “cryptocurrencies” in the announcement. The omission is clear: this speech was not an endorsement of crypto. CCTV and the People’s Daily (two state-backed media arms) have explicitly denounced speculating on cryptocurrencies, and have called for severe punishment for fraudsters. Note that China is still reeling from widespread crypto scams and ponzi schemes that emerged during the ICO bubble. This fear is intensified by China’s recent scrapes with massive fraudulent P2P lending schemes.

That being said, there has not been explicit denunciation of cryptocurrencies, and much of the public communication about blockchain describes Bitcoin as “one of the many uses for blockchain.” But citizens are encouraged to stay away from scammy projects and ICOs.

China is a big market though, and the Chinese people tend to follow their instincts. China Bitcoin volumes hit an all-time high after the announcement — in the following 24 period, we saw 177k BTC ($1.64B) transacted on Huobi and 154k BTC ($1.43B) transacted on OKEx. This is close to 6x larger than their standard volumes. We expect much of this exuberance to continue reverberating in Chinese crypto markets.

Central to China’s blockchain strategy is their issuance of the first major central bank digital currency. The digital renminbi, officially titled DC/EP (Digital Currency/Electronic Payment), is designed and issued by China’s central bank, the PBOC (People’s Bank of China). The initiative started back in 2014 by the head of PBOC, Zhou Xiaochuan.

The DC/EP will be a direct liability of the central bank, meaning that it will essentially be as good as cash. Like cash, it is legal tender, backed by the government, and can settle instantly. It also does not require a pre-existing account to receive a payment — after installing the DC/EP digital wallet, two people can transfer money simply by touching their phones, even without an internet connection.

Of course, China is already a cashless economy; almost all payments are conducted over WeChat Pay and Alipay. So why does China need digital cash?

While there are many benefits to central bank digital currencies, the obvious impetus for DC/EP was the Libra. China wants to both increase the international reach of the RMB and prevent the spread of the Libra. As Mu Changchun, a top official at China’s central bank, said in a recent online lecture, “If Libra is accepted by everyone and becomes a widely used payment tool, then after some time, it is entirely possible that it will develop into a global, super-sovereign currency. We need to plan ahead to protect our monetary sovereignty.”

Beyond the geopolitical consequences, there are many domestic efficiencies to be gained from a central bank digital currency. Alipay and WeChat payments are still settled by commercial banks, which is one step removed from the PBOC. The DC/EP implements a “two-tiered” system where the PBOC gives exclusive licenses to use DC/EP to commercial banks, then the commercial banks will offer DC/EP access to their users.

What this all means for China

Historically in China, any top-down endorsement of a technology is a huge driver of capital, government resources, and talent into that field. We saw the same thing happen with the “Internet+” strategy proposed by Premier Li Keqiang in 2015.

Up until now, blockchain has been a relatively small industry, marred by associations with scams and ICOs. Xi’s endorsement has changed this image overnight — blockchain is now a critical strategic initiative for the country. Corporations are feverishly launching their own blockchain initiatives. State-owned media outlets like CCTV and the People’s Daily have repeatedly issued statements that China must take a leadership position in the upcoming blockchain revolution. A public course about blockchain was released on Xuexi Qiangguo (literally: Study and Strengthen the Nation), a Chinese nationalist educational app that is the most popular app on Apple’s China App Store. The Party also released a Dapp that allows members of the party to pledge loyalty to the party on-chain.

Speaking from own experience, when I first joined the crypto industry in China, my grandparents suspected I had joined some shady enterprise. Creating money from thin air? Sounds like a scam, they’d tell me. But soon after the Xi announcement, I received a phone call from them: “We understand what this whole Bitcoin thing is about! What you’re doing is clearly part of the future.”

And that’s just me! On the ground in China, this has ignited a complete blockchain-mania, with all sorts of nonsensical displays of blockchain hype. To show just a few examples:

This is a momentous time in China. We see four larger consequences that we expect to play out going forward.

It’s important to understand that China draws a bright line between crypto and blockchain, and the former has always been viewed with suspicion. While previously crypto companies have been operating under the radar, many have already begun to launch more blockchain-esque initiatives that are likely to appeal to regulators.

Since the Xi announcement, large Chinese crypto companies have launched initiatives in response to the new developments. For example, Huobi is launching a public chain with NERVOS that allows enterprises to build upon and to be regulator-friendly. Binance is setting up a Beijing office to be closer to regulators as well.

2. There is more room for entrepreneurs to experiment in legal “gray zones.”

The Chinese government tends to be hands-off during the early stages of a new technological development. After the industry grows bigger and more mature, regulators pick the winner, award them licenses, and then start directly regulating them (while implementing compliance frameworks). We saw this pattern play out in the Internet era with both Alipay and Wechat Pay, which operated in legal gray zones until 2010. The blockchain movement is likely to follow a similar trajectory.

However, the government has been unambiguous about the distinction between cryptocurrencies and blockchain technology — the previous set of laws against ICOs are still being strictly enforced. Crypto exchanges will also continue to experiment within this legal gray zone, while staying on the right side of laws already passed, such as against crypto-to-fiat trading.

3. Blockchain initiatives, policies, and funding will come top-down from the government and corporate boardrooms.

Since Xi’s remarks, many corporate boardrooms have scrambled to establish their “blockchain strategy.” To show their alignment with the central government, smaller bureaus and municipal offices have also enacted policies encouraging blockchain research and entrepreneurship.

To give a few examples:

4. We also see enterprise blockchain providers emerging, selling “blockchain as a service” to businesses and governments.

For example, Prof. Chen Chun, the industry representative at the 18th Collective Study (where Xi made the announcement), founded Hyperchain, which provides enterprise blockchain solutions for major corporations like banks and airlines. Other examples include Beosin and GXC. According to the Cyberspace Administration of China, more than 500 blockchain projects have been registered with the Chinese government since March.

How will the China blockchain wave play out?

While it’s exhilarating to see China finally reverse its attitudes on blockchain, we have to take everything with a grain of salt.

We see this Chinese “Blockchain+” movement as similar to the boom of internet portals in 1999–2004. At the time, the Internet was just starting to take off, and there was a similar government initiative to embrace the promise of the Internet. Bureaucrats heeded this call, and cueing off the success of the dominant internet portals of the day, every province eagerly created its own competing portal (Sichuan province portal, Zhejiang province portal, etc). But in the end, none of them actually advanced innovation in the web — that could only come from the vision of grass-roots entrepreneurs like Robin Li (Baidu) and Jack Ma (Alibaba).

The energy of the upcoming “Blockchain+” movement is clearly directed at enterprise and governmental use cases. This leaves crypto-native applications still in the fringe. The true endorsement for crypto-native assets will only come after we can show real commerce and non-speculative utility in public blockchains. Until then, public chains will still have to fight an uphill battle to gain broader acceptance in China. But we believe this is only a matter of time. At the very least, the positive sentiment toward blockchain affords crypto-native teams more breathing room to prove out their theses.

For the most part, new Chinese blockchain adopters are likely to build their own home-grown chains than to build on top of global platforms like Ethereum. We believe there are a few reasons for this. For one, the global crypto-native community mostly communicates in English on platforms like Twitter and Telegram, which are blocked in China. Second, many developers see the shortcomings of public blockchains like Ethereum, and believe their own blockchains can provide better technological solutions. Third, most of these businesses have unique needs which require integration with their native business lines (Internet companies, supply chain logistics, IoT). This is also why we are seeing a boom of companies building “blockchain as a service.” All of this together fragments the demand for smart contract platforms.

But for pure financial assets like BTC, the first and most well-known asset that represents crypto, its visibility in China is stronger than ever. We expect the government blessing of blockchain to give Chinese investors more confidence in bitcoin, and naturally, it’s every investor’s entranceway into the true crypto economy.

When China sets its mind on something, it moves fast. Overall, we believe Xi’s announcement is rocket fuel for the Chinese blockchain industry — there will now be more funding, a more forgiving regulatory environment, and more academic investment in the blockchain space. Even though enterprise blockchain initiatives may seem like incremental innovations for now, the “Blockchain+” strategy will be a significant force bringing talent and interest into the space. We expect a lot more from this market, so to Westerners in crypto I’d simply say: don’t sleep on China.