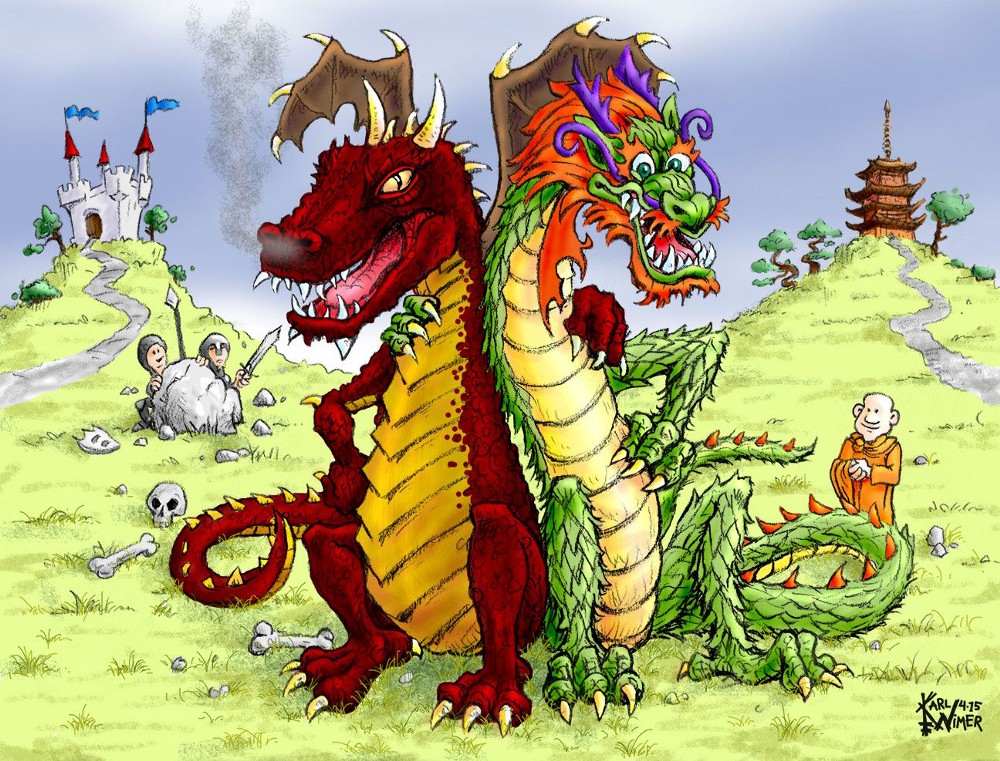 This is a contributing article written by Simon Kim from Hashed.

For the East and West, the paths to blockchain and cryptocurrency adoption are not the same and both have their own challenges.

Ethereum recently turned five years old, and coincidentally, it also appears to have reached an inflection point for user adoption. In the second quarter of 2020, daily active Ethereum users nearly doubled to 1.26 million, up from 637,000 in the first quarter, according to a recent report from Dapp.com. The sudden spike is widely attributed to the release of Compound’s COMP governance token.

In the same report, several other numbers stand out. Notably, after Ethereum, the two blockchains with the most daily active users are Klaytn and Terra, with Klaytn having been far ahead of Ethereum in daily active users before the excitement around decentralized finance following the COMP token release in June.

Furthermore, Klaytn has also made strides in achieving over 7.5 million total unique users, versus 4.5 million on Ethereum. Although Terra is still catching up with 1.78 million total users, it’s worth noting that it’s outpaced every other major blockchain platform, including EOS, Tron and NEO.

What is it about Klaytn and Terra that’s managed to attract such sizable user bases when they’ve both been around for less than half of Ethereum’s lifetime? There could be many driving factors at play.

However, perhaps the most obvious comparison is of the East and West. The Ethereum Foundation is based in Switzerland, and many of the decentralized applications based on Ethereum are developed by teams in Western countries, whereas Klaytn and Terra both have more of an Asian focus.

Zooming out to the macro level, there are some critical variations in the path to adoption between countries in the East and those in the West. I believe these differences create a plausible basis to account for the variation in adoption rates.

Starting from the bottom up

While Silicon Valley has firmly established itself as the epicenter of Western tech development, entire Asian countries such as South Korea, Japan and Singapore have become renowned for their affinity with technology in consumers’ daily lives.

In the case of South Korea, the government has been on a mission to put the nation at the forefront of telecommunications development for over four decades. From 1980 to 1987, government investment took Korea to universal status in telecommunications. Fast forward to today, and South Korea has had universal fiber network access in place for years now. Compare this to the United States, where fiber access stands at around 30%. Furthermore, the existing investment means that the Korean infrastructure can be upgraded to substantially higher speeds at low costs for decades to come, according to the Electronic Frontier Foundation.

Extensive government investment in infrastructure ultimately led to major global technology firms, including Samsung and LG, establishing themselves in Seoul. Moreover, these firms have also been at the forefront of embracing blockchain technology and incorporating it into their existing range of consumer products. For example, Samsung has integrated blockchain technology into its Galaxy S10 and S20 phones and also teamed up with Gemini to connect the exchange directly into the Samsung blockchain wallet.

A massive reason for the rapid success of Klaytn and Terra is that they have been established by companies that already had an existing working product and consumer base. Klaytn emerged from a subsidiary of Kakao, which operates Korea’s biggest messaging app, holding a 98% market share, KakaoTalk.

Similarly, Terra hosts CHAI, a mobile payment service that is integrated with several major partners for its payment services, including Yanolja, Korea’s number one hospitality app, and Nexon, Korea’s premier game publisher. Terra is on track to surpass 1 trillion Terra (KRT, equivalent to over $830 million) in organic volume within the next six months.

In a similar way to Samsung, these projects have taken an existing product or platform and incorporated blockchain technology in such a way that users don’t even need to know that the underlying technology is based on a blockchain. Furthermore, they have an established user base and understand their needs, enabling them to create solutions that consumers value.

This could account for why it’s taken longer for Ethereum to gain traction among users. A critical barrier to entry is that users need to hold Ether (ETH) to pay gas fees, a barrier which developers either leave in place or have had to work to overcome.

The rise of DeFi represents the first paradigm shift in the crypto industry where developers have started building around market demand, capturing an opportunity to provide a new financial infrastructure for users. While DeFi is undeniably a fascinating and burgeoning segment that’s being powered by the Ethereum ecosystem, it’s operating in a niche of users who already know and understand blockchain technology and cryptocurrencies. The barriers to entry are a natural consequence of the way that Ethereum emerged — as an infrastructure solution, rather than in response to consumer demand.

Variations in the regulatory approach

Where Western firms have attempted to take a more consumer-focused approach to blockchain implementation, it’s unfortunately been the case that U.S. regulators have stopped them in their tracks. Two of the most prominent examples are the Telegram Open Network project and Facebook’s Libra venture.

Telegram was forced to abandon the TON project after the Securities and Exchange Commission deemed its token sale an offering of securities, a decision that was later criticized by SEC Commissioner Hester Peirce. As Peirce pointed out, Telegram isn’t even a U.S. company.

Similarly, Facebook’s Libra project has come up against intense regulatory scrutiny from both the U.S. and countries in the European Union. This ultimately led to many of the Libra Association’s original members, such as PayPal, to drop out of the project entirely. The project now faces lengthy delays.

This leads to another critical difference between East and West — the approach to regulation. This issue also has roots going back further than it may first appear. To compare the U.S. and South Korea, the authorities of both countries started sitting up and taking notice of cryptocurrencies around the time of the ICO boom in 2017.

However, partly thanks to the established digital infrastructure in South Korea, many citizens were already heavily invested in cryptocurrency. At one point in 2017, Bitcoin (BTC) and Ether were trading on South Korean exchanges at a 30% premium above their western counterparts because crypto was in such high demand.

Therefore, in contrast with the positively draconian attitude of the SEC, the South Korean government has had to take a more cautionary approach. Clamping down with a similar attitude to the U.S., regulators would have been a political death knell.

Furthermore, obtaining investment can be fraught with friction in the U.S. due to the onerous obligations that the SEC imposes on venture funds. In contrast, the Korean Financial Services Commission takes a hands-off approach to proprietary investment funds such as Hashed, which has provided early-stage backing to projects including Klaytn and Terra.

Nevertheless, Hashed has been working with South Korean government agencies to help better regulate cryptocurrencies to bring greater clarity to those operating in the space. In March, a law was passed that introduced a permit system for digital asset exchanges, while more recently, the government approved an amendment to existing legislation around taxation to include a flat tax on crypto profits.

While some quarters of the crypto community prefer an unregulated environment, it’s unarguably the case that regulation brings more freedom to operate for existing businesses wanting to expand into digital assets. As a result of the South Korean government’s improving framework, major banks are now starting to develop infrastructure for cryptocurrencies, such as custodial solutions.

Smoothing the path is key

None of this is to say that the path to blockchain and cryptocurrency adoption is simple. In the East and West, the journey is convoluted and comes with its own challenges. The cryptocurrency community should work together with regulators to ensure that the necessary legal frameworks are in place to enable freedom to operate and attract broader investment from outside the space.

However, this will only help to achieve adoption if it’s coupled with a consumer-centric approach to blockchain applications. With the last few years having placed a heavy focus on developing the technological underlayers, now is the time to start considering how consumers can best interact with blockchain technology. By removing these two significant rocks from the road, we can accelerate the quest for mainstream mass adoption.

0 comments on “East vs. West — How Does Cryptocurrency Adoption Compare”