The concept of DAO is regaining traction in recent times.

New DAOS are popping up left and right, and we believe this is a trend here to stay. Read on to learn more about the history of DAOs and some of the major platforms right now.

DAO stands for Decentralized Autonomous Organization. Contrary to the traditional organizational structure that is centrally governed, DAOs are governed by autonomously-executable smart contracts. It means there is no centralized control or management. With a set of rules encoded in smart contracts, DAOs decentralize governance and augment the blockchain technology.

The Evolution of DAO

The idea of Decentralized Autonomous Organization was first implemented by The DAO project in April 2016. With $150 million funds and 11,000 members, The DAO project became the largest crowdfunding project. However, the overnight success was marred by a cyber-attack in Jun 2016 wherein a hacker took advantage of the recursive call vulnerability in the code to collect 3.60 million Ether coins from DAO token sales, resulting in a $70 million loss for the project. Considering the voting of 90% of members, it was hard forked.

While this initial hack raised several eyebrows with regard to the concept of DAO, it didn’t deter people from building DAO projects. DAOs received a good response in 2020 and 2021 looks even better. Aragon, DAOstack, Tally and Colony are some of the popular DAO projects making waves in recent times.

Aragon is a popular open-source DAO project that was founded in November 2016 by Luis Cuende and Jorge Izquierdo. The DAO takes its name from an autonomous community in Spain called Aragon, envisaging to recreate the same autonomy in the crypto world. Aragon DAO enables you to create a decentralized jurisdiction for your organization, community or company wherein participants can collaborate with each other without the need for a 3rd party system.

1Hive, Aragon Cooperative, OpenESQ, BlankDAO, MyBit DAO, Dapp Node are some of the DAOs that are powered by Aragon.

The Aragon token called Aragon Network Token (ANT) was built on the Ethereum blockchain as an ERC-20 token. While the alpha version was released in February 2017, the ICO was released in May 2017 with a token name ANT and token price $0.90 with a soft cap of $25 million. A total of 39.6 million tokens were available for sale. Within 30 minutes of releasing the ICO, $25 million tokens were sold off. The remaining 30% of tokens were allocated for Aragon Foundation (15%) and founders and early contributors (15%).

Aragon DAO enables anyone to instantly create DAOs using pre-defined templates and toolbox of smart contracts. In a bid to resolve all ambiguity in decision-making, disputes and developments, Aragon Manifesto is prepared with 3 key components; Self-Sovereignty, non-aggression and ease of use. The idea is to create an environment that allows thousands of DAO communities to build and manage governance structure that is unique to themselves for maximum viability.

The Aragon network is managed by Aragon Foundation via Aragon One development team based in Swiss. Community voting is required to make any changes to the project. If the voting is 51%, the Aragon One team will implement those changes. 1 ANT is equal to 1 vote. To propose any improvements, 1000 ANTs are required to be deposited to the table.

Following the advice of Ethereum’s Vitalik Buterin that decentralized companies are useless without decentralized courts, Aragon came up with Aragon Court, a judicial branch that uses the Aragon Manifesto as the constitution and serves as the Aragon network jurisdiction. Users have to stake 10,000 ANJ tokens to participate as jurors, defendants or plaintiffs. Along with ANT tokens, Aragon offers Aragon Network Juror (ANJ) and ARA tokens. The ANJ token is required for jurors to participate in the court system. They have to put ANT as collateral to get ANJ. ARA token is used on the Aragon Chain.

When you look at the performance of the ANT token, the numbers aren’t that impressive. The ICO price was $0.90 and within 15 minutes, it secured $24 million. When it was launched in May 2017, the token was sold at $1.5. The highest it reached was $8 in Jan 2018, contrary to tokens that rose 100 % of their launch price at their peak. However, the slump can be understood, considering the downfall of the DAO projects. However, the introduction of Aragon Court and the investments worth $1 million ANTs from venture capitalist Tim Draper, the token is expected to gain momentum.

When it comes to trading ANT tokens, options are limited. Apart from well-known crypto exchange Bittrex, there are only 24 exchanges. Being an ERC-20 token, ANTs has multiple wallet options for storage.

When it comes to support Aragon gives a range of options. You can read all information on their website, blog, wiki or community. You can join the conversation on Discord or follow them on Twitter. You can get in touch with Aragon Experts to help you with your DAO project.

Right from documentation and Apps to Organizations and networks, find out everything about Aragon DAO on this page:

Tally is an open-source DAO project that enables organizations to aggregate data from DeFi protocols’ governance for research and analysis. It comes with a front-end interface and an open-source tooling which means both participants and protocols enjoy autonomous and quality governance.

Tally allows you to create proposals for improving the governance of DeFi protocols or vote on proposed ones. By showing the details of who is voting and how they are voting, Tally makes this process transparent and reliable. It means stakeholders have a clear idea of what’s happening on the chain. Email alert notifications about voting on proposals are also available to stake holders. As crypto projects pose several concerns for investors, having a clear and quality governance for protocols especially in the DeFi segment is not only beneficial for DAOs but also a necessity, going forward. As of now, UniSwap, Radicle, PoolTogether, Unslashed Finance, Compound, Indexed Finance etc. are supported by Tally. Several other protocols are in the pipeline as well.

When it comes to support, options are not extensive. Tally offers a blog and newsletters. You can subscribe to their newsletter to know about the latest updates or read their blog. You can refer the documentation page to know how it works.

Arc is modular and open-source solidity framework of governance that facilitates seamless interaction among Internet of blockchain-based agencies. It uses the Arc.js JavaScript library via Web3.js. It also enables you to create, manage and deploy smart contracts powered DAOs onto the Ethereum blockchain platform. Data storage and retrieval is based on the Inter Planetary File System (IPFS) network.

Arc comes with a template governance module library that can be upgraded or modified by 3rd parties to suit organizational requirements. As templates grow, it allows you to experiment with new protocols. The good thing with Arc is that it decomposes governance systems such as global constraints, actions, schemes in smart contracts. While Arc is now Ethereum based one, it envisages to become blockchain-agnostic, going forward.

DAOstack framework is modular which means you can easily add, edit or remove governance modules that actually form the DAO governance structure and don’t have to redeploy them on the blockchain, making it efficient and easy to use. Simplicity in technical design and ease of use is another strength of DAOstack. You can deploy bundles of smart contracts with a single transaction. The modular design makes it easy to scrutinize each block. Granularity is another benefit as each DAO is created with a different set of rules that can be easily upgraded too. DAOstack ecosystem facilitates high interoperability between DAOs wherein agencies can exchange tokens and form agreements.

Both backend and frontend of DAOstack are open-source, encouraging everyone to contribute to frontend DApps and governance modules which means the ecosystem will get diversified, qualitative, and quantitative and cater to a range of DAO needs. DAOstack ecosystem comprises a number of interoperable DAOs that are distinct. DAOstack offers a collaborative DApp called Alchemy to create new DAOs or collaborate with other DAOs in the ecosystem. The public set of registries are called ArcHives.

Colony is a DAO project that is gaining momentum in recent times. As the name says, Colony intends to create decentralized colonies of organizations on the Internet wherein organizations can seamlessly collaborate with each other. Contrary to other DAO projects that are vote-based, Colony doesn’t offer voting to its members but enables members to get their work done via certain mechanisms. Similar to departments and tasks in an organization, Colony comprises people, tasks and domains.

While Aragon, Tally and DAOstack are fully launched, Colony is yet to prove its mettle. As of now, LeapDAO is using the Colony Reputation to keep track of contributions made by individuals to its ecosystem.

In a traditional organizational environment, the central management incentivizes employees for good performance and penalizes them for their mistakes. With Colony, the same mechanism is performed autonomously via smart contracts. The good thing with Colony is that peers can incentivize each other instead of the management. You can perform tasks and contribute to the ecosystem for which you will be rewarded with colony tokens as well as other crypto tokens. As you gain more tokens, your reputation in the DAO increases and gives you the ability to assign tasks to others, vote on proposals etc.

The good thing with Colony is that this reputation decreases with time so that you will not misuse your power for your personal gains. It means influencers on the ecosystem are merit-based and not chosen. Moreover, there is no difference in pay scale of members. Regardless of the race, gender, location or educational qualifications, every member is paid according to their work or contribution to the ecosystem.

The technology framework is maintained by a Common Colony. This common colony also performs reputation mining. This task is done by reputation miners and they regularly update the chain with that information. This is especially beneficial because it will eliminate the usage of Ethereum computation power and thereby decreases transactional costs. Another good aspect about Colony is that the founders will control the Common colony in the initial phase and handover this control to the community later, making it a fully decentralized organization. It is especially helpful for non-profit organizations and charities.

The team behind Colony has done a pretty decent job in providing extensive information about this DAO. You can read their white papers to know about Colony in detail. The website offers a blog which provides updates about what’s happening around the Colony. You can follow them on Twitter or join the conversation on Telegram and Discord. You can receive email updates as well. In Feb 2021, Colony V2 was launched on xDai chain. Early access is available now. It would be interesting to see how Colony fairs in the coming days.

DAOs are still in the nascent stage. However, they are rapidly evolving. Today, DAOs are not only serving the DeFi space but are quickly expanding into different industries and verticals. Investing in the right DAO at the earliest rewards you big time. 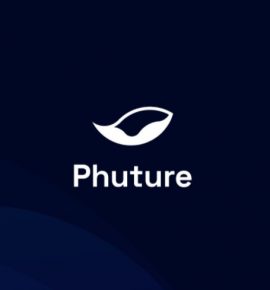 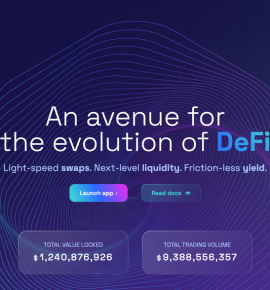 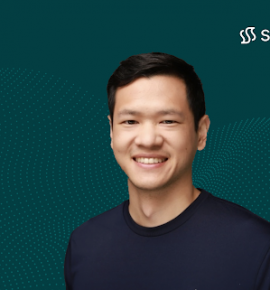