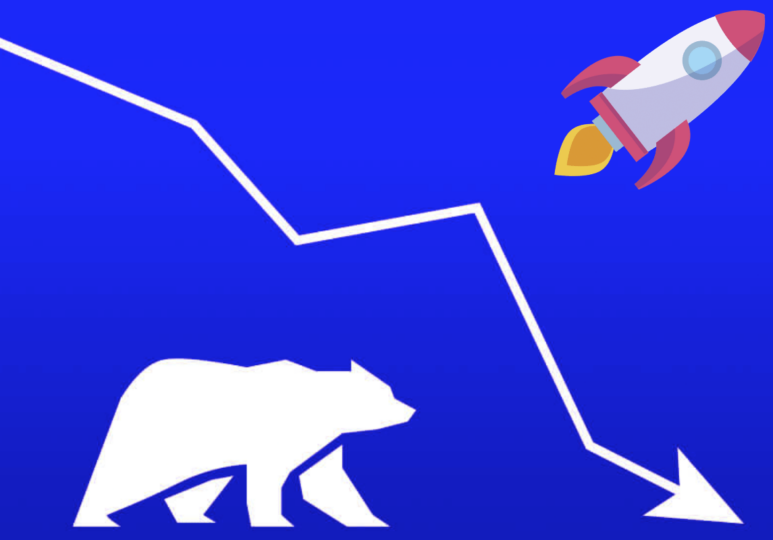 How DeFi compares with TradFi and what this means for the next generation of founders and funders.

The combination of scarce capital and suppressed market demand forces founders and teams to become both fiscally frugal and laser-focused on high value activities.

People often point to the likes of UBER, Dropbox, Facebook, and Airbnb — among others — as bear market success stories, having all hit their stride during the global financial crisis of 2008 and 2009.

While the bear market might have played a role, these companies also benefited from the coalescence and proliferation of internet connectivity, mobile, and cloud computing.

This radically lowered the barriers to entry and customer distribution, making it easy for almost anyone to start a tech company.

In fact, as markets recovered we not only saw a rapid recovery in business creation, but also a prolonged shift towards smaller sub-250 employee companies (see below). Businesses could essentially do more with less.

Fast forward to today, and we’re gripped by yet another bear market. Inflation is soaring, we’re heading for a recession, public markets have been smashed, and private startup valuations are falling faster than an Italian footballer in the penalty box.

And again, founders are being forced to tighten their purse strings, as inflation soars, customer demand is stimied, the cost of capital increases, and investors become tight-fisted — especially when it comes to giving founders favorable valuations.

But as with 2008, we might again see a new guard of capital-efficient, high-growth startups emerge.

Direct-to-consumer apps and e-commerce players were the winners last time we visited this rodeo.

This time, it could be crypto and web3 startups.

Thanks to the power of the blockchain infrastructure and its culture of open-source development and decentralization, capital efficiency is reaching new highs.

Decentralized finance (DeFi) boasts numerous protocols (think of these as companies) that are far more capital efficient in terms of market cap at least, than their traditional finance (TradFi) peers.

The following numbers are indicative.

UniSwap — the leading decentralized exchange and trading protocol, has about 80 core team members and a fully-diluted market cap today of $5.1 billion, or $63 million per team member.

All of these compare favorably to their TradFi peers. Both JPMorgan and Goldman Sachs barely scrape by the $1 million per employee mark, with $1.1 million and $1.4 million respectively.

Looking at market cap in isolation can risk disregarding the actual value created by an organization, because — and this is especially true in the world of crypto — it can be driven largely by market sentiment and Elon Musk’s unhinged tweets — just look at the meme coin Doge.

Even in today’s bear market, Doge boasts a market cap of $10.8 billion, on par with the commercial real estate trust Scentre Group (owner and operator of the Westfield malls) and American Airlines… you know, companies that actually do things and serve millions of customers a year.

As it stands, TradFi organizations command much more in terms of transaction volume, assets under management, and ultimately deliver more value to society.

The global TradFi capital market is worth about US$100 trillion, 500-times greater than the c$200-odd billion locked in DeFi protocols today.

Having said that, the global consumer finance market is worth $2.3 trillion, just one order of magnitude larger than DeFi today. And unlike the TradFi market, which can trace its origins back almost five hundred years to the Dutch East India Company of the 1600s — the first corporation to a public stock, DeFi is just several years old and growing fast — the term itself was first coined in 2018.

Assets under management, or ‘total value locked’ in DeFi’s world, is a more telling indicator of value creation and capture.

Here, we see a slightly different, but still compelling story playing out for DeFi.

DeFi protocols are still more efficient when it comes to AUM/TVL.

Of course, doing a single thing well is one thing. But delivering on a multitude of services at the scale of a Goldman Sachs is another.

Still, this capital efficiency is telling and creates opportunities for both founders and funders alike.

The Opportunity for Founders

It’s easy for founders to become enamored with stories of founders raising millions of dollars on the back of a napkin. For example, FlowCarbon — co-founded by WeWork’s Adam Neumann, recently raised over $70 million to build its tokenized carbon credits project, FlowCarbon, despite being in the very early stages.

But the reality is that most web3 projects with a team of several mission-committed contributors can achieve a lot without external funding.

The capital efficiency of web3 startups described earlier is due to myriad factors, but is largely attributable to (a) open-source development and the ease with which blockchains can be forked, and (b) the ease with which teams can crowdsource contributions from all over the world, and pay talent — with ETH and stablecoins such as DAI or USDC — and incentivize them with a native token, effectively giving talent a share in the upside of a protocol’s growth.

A team of three to five people, with a compelling vision, and a sufficient skillset across blockchain development, community building, marketing, and design, can go very far, commanding higher valuations when and if they ever need to raise, and giving away a much smaller chunk of their business as a result.

Now is the time for founders and teams who have a knack for doing away with distraction, wasteful spend, and distinguishing signal from noise, to shine.

The Opportunity for Funds and Investors

When startups need less capital, they are in the driver’s seat, and investors ultimately have less power and control.

This could ultimately result in smaller investments and ownership stakes — also attributable to the community-oriented nature of web3 startups (a startup with 20%+ of its tokens owned by a private investor is likely to be frowned and possibly abandoned by its community).

On the plus side, this means investors could arguably place a lot more bets and reap the benefit of outsized capital-efficient returns on the winners.

In such a world, venture funds and investors who can provide not just capital, but the insights and connections required to help web3 startups thrive , and navigate the minefield that is government regulations, security, tokenomics, AMMs, and scale — among other areas — will have an advantage over their capital only peers.

Lower barriers to entry accelerate the rate at which startups fail, succeed, and disrupt incumbents.

And if I can close this article out with a high-conviction claim, it’s that incumbent companies are set to be disrupted in the next five years. Just which incumbents reinvent themselves and hang on remains to be seen.

Steve Glaveski is the founder of community-owned web3 accelerator and venture fund, Metarise, founder of innovation accelerator Collective Campus, and author of Time Rich: Do Your Best Work, Live Your Best Life.
He hosts the Future Squared and Metarise podcasts, and frequently contributes to Harvard Business Review. Find him on Twitter at @steveglaveski.