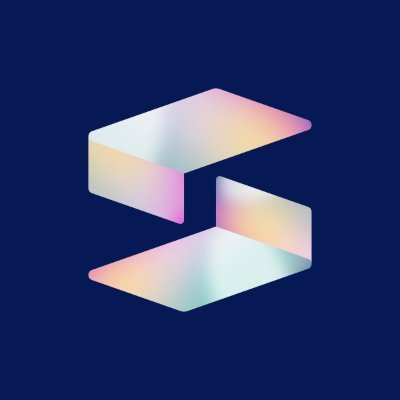 March 7, 2022 – Today Espresso Systems announces its plans to build the infrastructure to underpin a more scalable and more private future of Web3. In conjunction with this announcement, the team has released an open-source library for zero-knowledge proofs and other cryptographic tools, as well as a smart-contract protocol which enables configurable asset privacy for Ethereum tokens. These open source repositories represent the first steps toward launching Espresso’s high throughput, low fee architecture that introduces flexible privacy to Web3 applications.

This funding will provide the resources necessary to grow the team researching, building, and implementing the infrastructure and products that will make Web3 ready for broad adoption. The funds will also go towards bringing these products to market through a range of channels: distribution of native end-user products, developer adoption, and partnerships with entrepreneurs, startups, and enterprises.

Over the last 5 years, open blockchain systems have demonstrated their utility: serving as the infrastructure for new, programmable assets like ERC-20 tokens and NFTs, functioning as a means of exchange via stablecoins, and acting as decentralized financial platforms. Despite this traction, major challenges remain. On major platforms, fees have skyrocketed due to demand outpacing transaction throughput. Additionally, the majority of blockchains broadcast all user interactions for anyone to see and analyze. If blockchain systems are going to underpin the future of the web, they need to be accessible in terms of cost and robust in terms of data security.

Espresso’s infrastructure is designed to deliver fast, low-fee transactions through an integration of a decentralized proof-of-stake consensus protocol with a zk-rollup mechanism, which uses zero-knowledge proofs to bundle many transactions in a way that reduces the resources needed to process them. Zk-rollup is a nascent scaling technique that, to date, has had to make compromises around decentralization to significantly scale throughput and reduce costs. Espresso’s integration of rollup and consensus achieves these aims while maintaining decentralized data availability.

In addition to these challenges of scalability, Espresso Systems is also working to solve the fact that today’s users of Web3 products expose their transactions, positions, and interactions in real time to anyone who might care to look, including business competitors and threatening actors looking for targets. While the transparent nature of blockchains is a positive feature in some circumstances, it also renders these systems inappropriate for many use cases.

The Espresso team has released a smart contract application that addresses these issues: Configurable Asset Privacy for Ethereum (CAPE). CAPE enables asset creators to customize who can see what about the ownership and movements of the assets they generate. The protocol also allows asset creators to customize the data privacy of existing assets on Ethereum. As an example, a stablecoin provider can create a version of their stablecoin that enables users to transact privately while allowing the issuer to retain real-time visibility into balances and transactions. This enables the stablecoin provider to balance user demands for enhanced privacy against the provider’s needs regarding risk-management and reporting.

CAPE currently supports privacy regarding sender and receiver addresses; the amount of an asset held, sent, or received; and the type of asset being held, sent, or received. Any of these elements can be customized to be public, private, or transparent only to select parties. CAPE empowers users to be aware of and to actively opt into and out of what data they are sharing and who has insights into and controls over their transactions. This marks the beginning of a broader roadmap for what will be possible with CAPE. The team plans to support additional asset types as well as more fine-tuned controls over data disclosure.

The CAPE contracts released today will be deployed on Ethereum’s Rinkeby testnet while Espresso’s more scalable infrastructure is in development. At the outset, CAPE will support the creation and wrapping of ERC-20 tokens, with support for NFTs to follow. In addition to CAPE, Espresso Systems has also released its open-source library for zero-knowledge proofs and other cryptographic tools, Jellyfish. Ultimately, these elements will underpin a developer platform onto which builders can easily migrate Ethereum applications to offer users lower fees and more flexible data privacy options. Espresso Systems will also offer tooling for developers to build wholly new applications natively on the platform.

“Today’s launch is only the beginning of what Espresso Systems will enable,” said CEO Ben Fisch. “The need for lower fees and more flexible approaches to privacy is evident across Web3 applications from cross-border and B2B payments to DAO payroll and voting to trading and investment. We are thrilled to start sharing more of the solutions we have been working on to address the needs of both existing users of decentralized applications and the needs of the next generation of users.”

Espresso Systems is founded by a team that has been working at the center of the cryptocurrency and Web3 ecosystem for many years. Ben Fisch, Charles Lu, and Benedikt Bünz all pursued PhDs in Stanford University’s applied cryptography research group and have been long-time collaborators, making meaningful contributions to projects including Filecoin, Monero, and Chia. Jill Gunter was previously an investor in crypto and Web3 with Slow Ventures and led strategy for blockchain startup Chain.

“We are excited to back Espresso Systems as they tackle two of the key obstacles that will unlock long-promised applications of blockchain systems: lower fees and enhanced privacy guarantees,” shared Seth Rosenberg, investor at Greylock Partners. “The utility of decentralized applications is more evident than ever, but today’s infrastructure remains unsuitable for broad adoption amongst both retail users and institutions. We believe Espresso’s approach will enable the next generation of Web3 developers to build financial, payments, and other applications that will meet the needs of this broader base of users and bring in the next wave of adoption.”

You can learn more about what is being built at www.espressosys.com. Follow the team on Twitter, LinkedIn, and engage in the conversation on Discord.