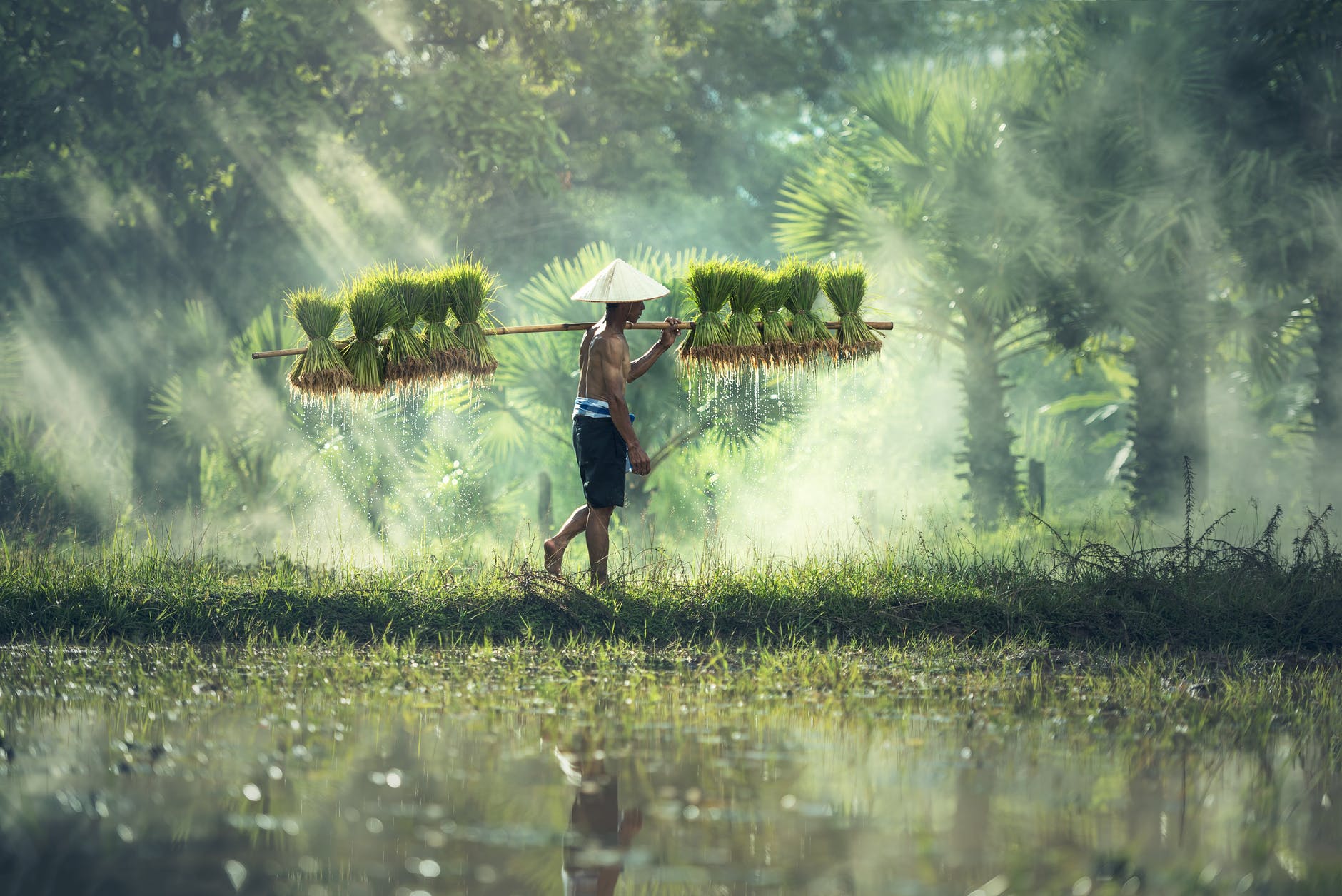 1. Each country has their own favorite coin; Southeast Asia is evolving into a digital currency competition amongst governments

Despite our preaching on decentralization, most Asian cryptocurrency companies and exchanges are currently growing their adoption by working closely with the government. (This is not much different in the US for many of the companies here). Specifically, companies are trying to build credibility through formal and informal relationships to get the buy-ins of their respective local governments. The local government officials seem to be also keen and open to learning. For example, in Southeast Asia, oftentimes the government officials would dress up in casual clothes and show up at the local Cryptocurrency meetups.

As a result of such a close relationship with the government, this leads to a phenomenon whereby every country/local government has their own “favorite” coin. Said another way, there are always one or two coins that have the most visibility and exposure to the regulators in a number of these Southeast Asian countries. Nonetheless, this “favorite coin concept” isn’t limited just to Southeast Asia. When it comes to cryptocurrency favorability, China’s regulators have stood out as one of the most transparent groups in showcasing their favorite coins. The Ministry of Industry and Information Technology made a practice to release its blockchain ranking every quarter, which is notably more transparent than the other Asian countries. According to their most recent rankings, the favored coins are EOS, Ethereum and NEO. In Japan, what we are seeing from trade data and permitted exchange’s listings is that NEM and Monacoins have high visibility. Monacoin, for example, is a very local coin where the currency was incubated in Japan and is the Dogecoin equivalent of the US. And in Southeast Asia, we see regulators like Thailand’s SEC that open form discussions with Vitalik and OmiseGo on the status of exchanges and Initial Coin Offerings (ICOs). And given that the Omise team is based out of Thailand, general perception from Thailand citizens is quite favorable towards OMG. (Want to know the other country’s’ favorite coins? Stay tuned for our podcast coming up this weekend!)

These cryptocurrency companies’ relationships with regulators mean that for late-comers going into the Southeast Asia cryptocurrency market, it may become increasingly more difficult to enter. Traditionally, a large part of doing business successfully in many parts of Asia is by forming the right connections and business relationships. And as a result of the current cryptocurrency dialogues already happening in Asia, the governments are establishing more stringent requirements or higher standards to accept additional tokens or coins into the country. They’ll like be influenced in their regulatory decisions by existing teams and coins. One positive is that we are still in the relatively early stage of adoption in Southeast Asia, and every country in the cryptocurrency adoption phase is in different stages. A healthy competition still brewing between the different Southeast Asia countries, which may benefit new comers. Although the go-to-market strategy may be different for these new companies trying to enter the market than when the opportunity was still very green.

In the long run, I imagine that many cryptocurrency companies will develop a codependency with their respective local base government. This doesn’t just apply to Asia but the rest of world too. Many governments also want to further advance their own interest and beat out other regions. So forming too close of a relationship may pull the Crypto company in directions and use resources that it otherwise would not have wanted to. For a cryptocurrency company going into foreign markets, it is important for one’s team to have a multi-country strategy to avoid developing biases and become overly influenced by one local government. However, to succeed locally, the teams on the ground will also have to be very deeply knowledgeable and experienced in understanding the business culture and regulatory environment there. In any case, on to our next point, which is that Singapore is a good place to start in a crypto company’s Asian strategy.

2. For those who want to test the market in Asia, but can’t manage to get accepted to a crypto sandbox in China, go for Singapore

Most recently, a Korean team introduced “Uber” on the blockchain in Singapore. TADA is a service that uses blockchain and digital tokens and charges its drivers zero commission. TADA is an example that Singapore has become the crypto sandbox of Asia, outside of China. Singapore has historically been a financial hub in the Southeast Asia region, but now it has gradually become the crypto hub of Asia. The regulation is generally friendly, transparent and well-informed, and often sets an example for the rest of Southeast Asian countries. Post China’s ban, we are seeing that Singapore has become home to many financial institutions that can serve as potential investors for ICOs. As recent article in June titled “Despite Slump, Chinese Crypto Investors Believe “Thousands” New Token Funds Will Bring Another Bull Market” mentioned -“in recent months, there have been over a thousand foundations being established in Singapore by Chinese nationals”. With demand comes supply, and crypto companies from all over Asia have been started in Singapore. Singapore in 2017 ascended to the ?3 market for ICO issuance based on the amount of funds raised, trailing the United States and Switzerland.

Currently, Singapore has become the first place to go to when crypto companies from both the West and the East are initially developing a go to market strategy in Asia, and the companies want an overarching idea of what’s going on in the Cryptocurrency world in region. It’s the place for one wants to tap all of the Asian crypto markets in one single physical location. In fact, it’s often the case that Southeast Asian crypto companies and leaders gather in Singapore before they go off and do crypto businesses in their own countries. When compared to another crypto hub like Hong Kong, Singapore can expose one to the Southeast Asia market significantly more, and generally, Singapore has friendlier regulations than Hong Kong. I believe the market activity will continue to thrive in Singapore as the country continues to act as the springboard for cryptocurrency companies and investors in the next few years.

3. Thailand will be the most interesting crypto country in 2018 in Southeast Asia

Thailand will stand out as the most interesting country in Southeast Asia in 2018. Since the beginning of 2018, the government has become increasingly more outspoken and welcoming of cryptocurrency companies. Additionally, having a knowledgeable and well-established team such as Omise to be based locally there is very helpful for the overall local development. In just a few months, the government has made significant progress from setting up crypto licenses to permitting exchanges and ICOs. More importantly, it has laid out clear and explicit guidelines.

In June, Thailand government legalized 7 cryptocurrencies and permitted crypto exchanges to establish businesses. And soon after in July, the SEC has permitted digital token issuers to start filing for applications. It has also allowed its Bond Association to create a “BondCoin”, a custom token on a private blockchain between permissioned participants including issuers and investors alongside regulators and registered firms. In late July, the Thailand SEC divided ICOs into three types: investment tokens, utility tokens, and cryptocurrency. Overll, the speed at which the regulators act and then actually acting on them is faster than any country I’ve seen.

And it’s fascinating now when you see western and eastern businesses all seeking opportunities in this market. In early July, Bithumb, has announced that it plans to open in Thailand after receiving the required regulatory approval from local governments. While IBM and Krungsri, one of Thailand’s largest financial institutions with 8.6mn credit cards, sales finance, and personal loan accounts, announced a five-year US$140M engagement, to build out digital banking including blockchain technology. I foresee the crypto momentum to continue in Thailand, and that more announcements and development to come in the 2nd half of the year.