? Cryptokitties Benny just came back from China and Japan 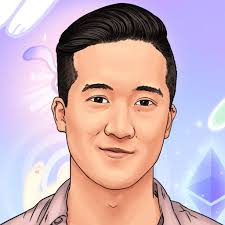 Joyce Yang from Global Coin Research caught up with Benny Giang from his recent trip in China.  5 Takeaways From China and Japan   1. They are watching you (no, literally) –When in Shanghai, the Chinese government officials were present at the Crypto Gaming conferences. They watched the presentations put on by companies. Prior to getting on stage, companies were told to remove the words “cryptocurrency”, “bitcoin”, “ethereum”, any of those types of references to coins and crypto money. Regardless whether the company was actually pitching for these currencies, but they were not allowed to reference or show images of them. I spoke to another investor that was very knowledgeable about officials that mentioned that surprisingly Shanghai is cracking down more strictly on cryptocurrencies than Beijing, ironically Beijing is the capital of China where all the most important officials are, but is looser in this aspect. 2. Mine or Airdrop? They are the same thing in China. In the Chinese market, people are apparently so obsessed with “mining” (I mean, look at Bitmain), that they consider airdrops “mining”. In other words,  they brand airdropping as mining. So there is this phenomenon where Chinese companies are selling hardware, which just collects the airdrops, and that hardware is sold as mining machines. Benny mentioned an example with a skinny wifi router that could “mine” cryptocurrency, which was just a wifi router that gives you airdrop, but it’s dubbed a “mining” machine. One company bought shelves of this machine and they are “mining” cryptocurrencies. 3. Lots of obscure coins floating around. Upon receiving these “mined” coins through airdrops, people would try to figure out ways to use or get rid of these obscure coins. One way is to exchange the obscure coin for another obscure coin, which may be listed on some obscure exchange and then can be sold. An alternative is to use the obscure coin and play games with it. But what kind of value they really have is pretty uncertain. 4. Japan’s developer community is on fire. The developer community in Japan is one of the best that Benny’s seem. It was interesting to hear that the Japan community is really rallied around Ethereum. In China, where there are many business-minded folks who want to make their own “private chain”, this results in a very fragmented market without clear winners (except I still think it’s going to be the large tech companies that win in China). The developer community in Japan is very savvy and is growing really fast. Benny highlighted that most of the world is not paying attention to Japan, and if they did, more of the time has been spent on exchanges. Nonetheless, there are lots of young developers that want to pursue this technology. Ironically, in the gaming space, things are not moving as fast. The gaming companies are still generally pretty conservative and slow moving here in this aspect. 5. Regulators are still trying to figure out crypto strategy. Digital RMB is possibly coming in 5-10 years. But they won’t likely loosen up any regulations or make any public comments that would indicate a welcome attitude toward cryptocurrencies anytime soon. Want to see more? we’ve turned it into a Special Podcast Episode for you to check out. Share with your friends!