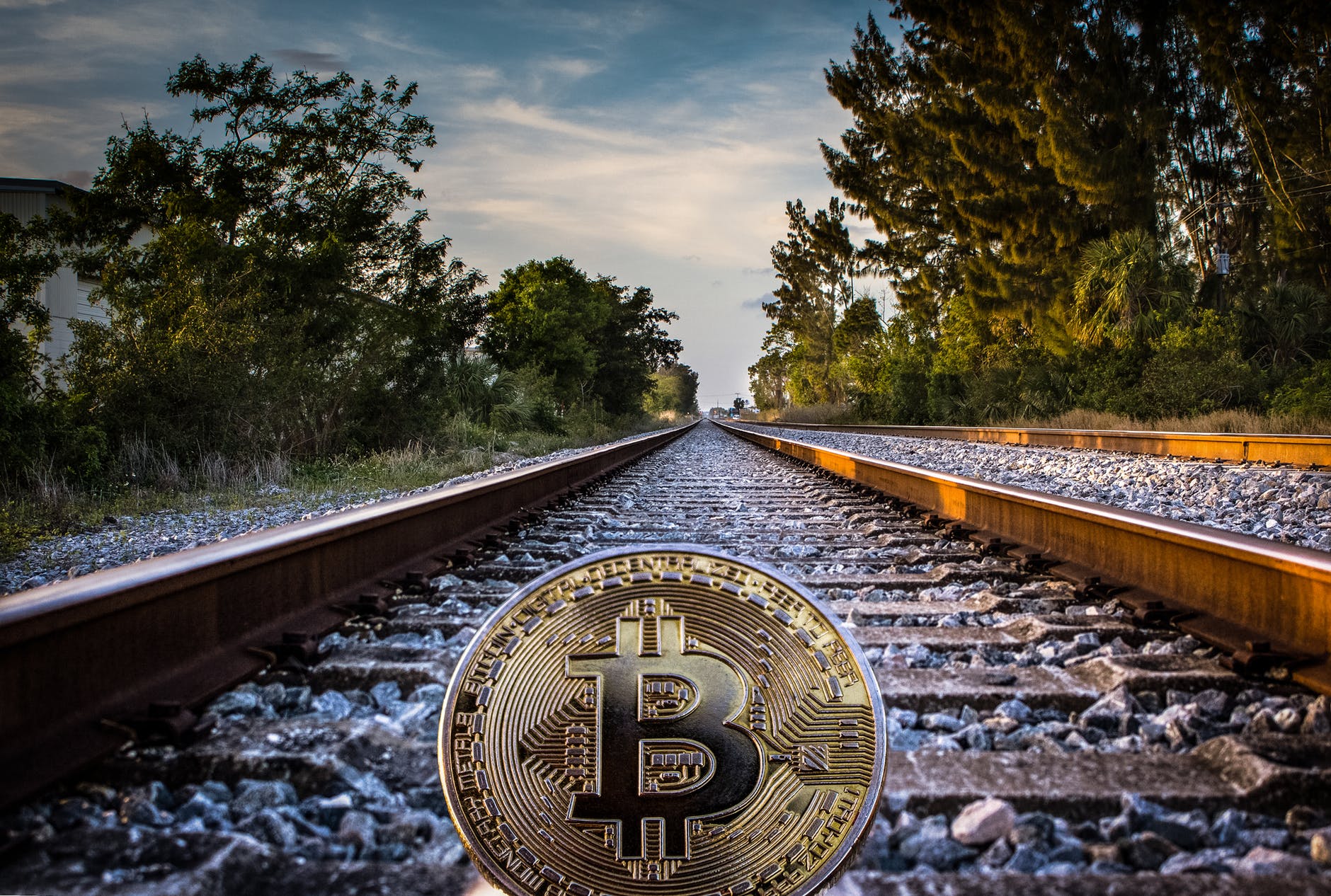 There is a documentary series currently airing on iQiyi, China’s Netflix equivalent, about a Chinese bitcoin enthusiast who attempts to survive 21 days by merely living on 0.21 bitcoin, or $1,300, without any help or donations.

He You Bing is traveling and carrying nothing with her, and she has to retrieve food, housing, and basic necessities all through bitcoin transactions done on her phone. Interestingly, she is also doing this challenge in some of China’s largest cities including Beijing and Shenzhen.

Her name is something of a nom de guerre – a nickname, with “You Bing” directly translating to “having a disease,” and the whole name alludes to the girl’s over-enthusiasm for bitcoin.

It’s a fascinating time for making this attempt. In the last few weeks, there have been numerous reports of China’s crypto bans – including Beijing and Shenzhen banning public cryptocurrency-related speeches, events, or activities, as reported by the Wall Street Journal. Also included in the purported ban were a number of WeChat media accounts that promoted cryptocurrencies, which have been permanently blocked. Furthermore, Beijing blocked access to the websites of over 120 offshore exchanges in the mainland and banned large crypto purchases through popular Chinese payments platforms Alipay and WeChat transactions.

Given the sheer number of these bans, readers who live outside of China may be led to think that there is a bleak outlook for the cryptocurrency environment on mainland China. But He You Bing’s Bitcoin challenge reveals a refreshing perspective on the crypto awareness of people living in these local cities as well as the power of WeChat. $1,300 may not sound like much for 21 days of travel in the U.S., but in China, where a cheap meal costs just $1, it can go a long way. The real question is, will people accept bitcoin?

Through daily video-log like documentaries, Bing is filmed running around asking different business vendors whether they accept bitcoin. The vendors, varying from small hole-in-the-wall eateries to employees from large chain stores like Uniqlo, express their reactions that are telling of their preconceived notions, or lack thereof, of bitcoin and cryptocurrency. Similar to the U.S., people’s attitudes vary from ignorance and distrust to welcoming. It’s eye-opening to see how different Chinese people think about bitcoin.

On the first day of her challenge, Bing arrives in Beijing, where she wants to go to an amusement park. The entrance fee is 2 Chinese Yuan, or around 30 cents in USD, but the park didn’t accept bitcoin. Bing also asked several fast food restaurants whether they accepted bitcoin so she could buy food, but neither of them did.

As she approaches these vendors, rather than paying in bitcoin, she often has to explain what a bitcoin is in the first place, and finds very little success along the way. One feat on her first day is that she was able to find an unlocked Ofo bike, a dockless bike that can be unlocked and paid for with one’s cellphone. With it, she biked around in an attempt to reach out to more vendors. By the end of the first day, Bing didn’t succeed in finding a food place that accepted bitcoin, and she subsisted on four packets of ketchup and food samples from a supermarket. She slept in a 24-hour McDonald’s on her first night.

The second day, Bing foraged for food. She grabbed fruits from wild trees. Her food intake for the second day consisted of some fruits on a tree and someone else’s leftover burger at a McDonald’s. She ended up getting a stomach ache and threw up, sleeping in another 24-hour McDonald’s.

Bing was becoming hopeless by the third day. She was on the the verge of fainting and the filmmakers sent her to a hospital. At this point, the challenge had gathered some attention, and supporters were able to contact the filmmakers. They then brought Bing food and she paid for it by bitcoin. On the third night, she slept in an art gallery.

It’s not the currency, it’s the community

Bing’s story soon spread and people started finding her through WeChat where they would offer to exchange bitcoin to fiat. At that point, the challenge would have become too easy, so the filmmakers changed the rules so that Bing had to transact offline and exchange Bitcoin with people in real life.

On the sixth day, Beijing was having the Forum on China-Africa Cooperation Summit, so the filmmakers moved to Shenzhen to continue the challenge. The audience started getting suspicious of the filmmakers, asking whether they were related to scam projects. The filmmakers said that they were approached by crypto projects but that they declined them. By then, six support groups in WeChat had been created to support Bing, with every WeChat group having 500 people (500 is the max number of people one can have in a WeChat group). These chatroom participants included bitcoin believers, real estate agents, and advertising salesmen.

Despite the current ban on crypto activities, the documentary shows that bitcoin is alive and well in China within digital communities, albeit not prevalent in the physical world. Most of Bing’s days are documented on iQiyi. And her encounters are telling of what is actually happening in China when it comes to cryptocurrency and mobile technology adoption. Notably, Bing was able to get through living in China simply through her phone. The power of WeChat brought her supporters directly to her.

By day seven, Bing got in contact with some of her WeChat supporters and was able to purchase face wash from them. The next day, she found a restaurant that accepted bitcoin. She got someone to buy her clothes at Uniqlo by exchanging bitcoin with them and then also found someone who was willing to book a hotel for her by exchanging bitcoin.

Gradually, Bing’s bitcoin challenge started a small movement, where her supporters would also approach shops to ask whether they accepted bitcoin and relay the information to her.

On a daily basis, the filming team recorded how many business and pedestrians Bing reached out to and the number of successful bitcoin transactions she made. From the initial ten days to now, Bing has gradually gained confidence. She now has a strategy on how to find people to exchange her bitcoins and what to exchange them for. Over time, the number of inquiries Bing did increased from ten to twenty a day to over a hundred per day. The number of successful transactions was still only a handful a day, however.

Bing’s story continues, and she is now at day 19. She and the filmmakers have migrated to the southern city of Guangzhou. As she assimilates into this new lifestyle, Bing found people to exchange Bitcoin to fiat with her to purchase her train tickets, her hotel rooms, and her meals. Nonetheless, more often than ever, the pedestrians and small business vendors she approached were ignorant, skeptical, and did not want to be part of the filming.

Recently, China Daily covered Bing’s challenge. The documentary has gotten some media attention in China, and companies and institutions have asked to donate and sponsor the filmmakers. They have claimed that they have turned them all down.

In the last year, the narrative around bitcoin has gradually centered on becoming a “store of value” in the U.S. given the increasing transaction costs on the blockchain. Bitcoin transaction prices have increased from 30 cents at the beginning of 2017 to $40 at end of 2017 during the peak of bitcoin prices. As a result of such large fluctuations in fees, transactions no longer happened as frequently as before. Bitcoin’s transaction cost is now back down to about 60 cents this year.

However, as the market has come down in the last few months, bitcoin has once again become a “safe haven” for individuals to go to, and as a result, bitcoin now makes up more than 56% of the total cryptocurrency market cap, up from 34% at the beginning of January 2018.

Bing still gets people suspecting that she is trying to scam them. Since the rise of crypto prices and bitcoin reaching almost as high as $20,000 at the end of 2017, there have been numerous scam coins coming out everywhere. In China, there are often obscure and random coins that appear with no real value-add, no relationship to any blockchain, and are devised purely to fool non-savvy citizens who think they can make a quick buck. In fact, one of the purposes of Beijing’s ban on commercial venues hosting cryptocurrency events was aimed at purging coins from scamming the public.

Bing will continue and finish her bitcoin challenge, but the greater challenge is on all of us in the blockchain community to continually improve this technology for broader consumption.