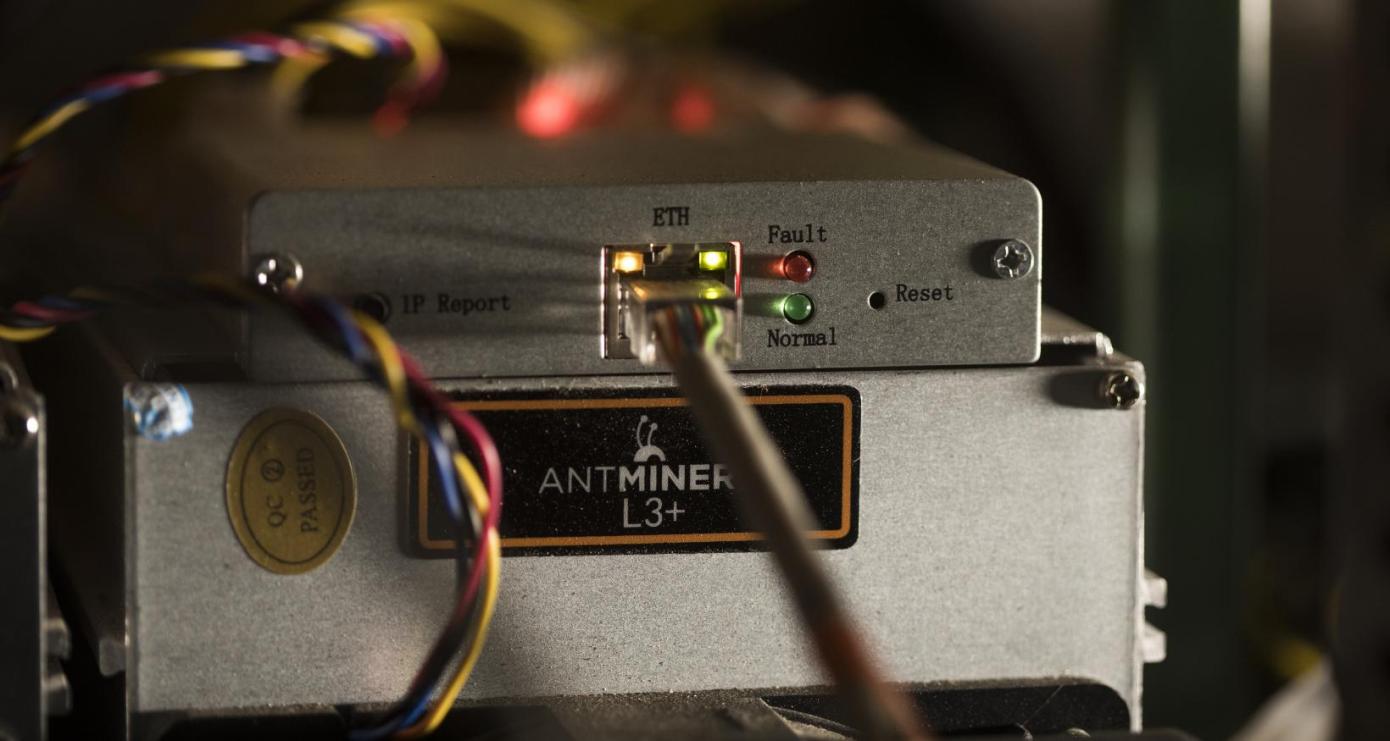 Bitmain’s IPO is the big news in the crypto world this week. The company just filed its IPO prospectus and the numbers are impressive, particularly the year-on-year growth between the first six months of 2018 and a year prior, which saw a near-10x jump in revenue and 7x growth in profit. Nevertheless, that aggregated six-month number may be masking what was a poor quarter of business for Bitmain.

Bitmain  didn’t break out its revenue for Q1 and Q2 2018 in its prospectus, instead it blended them together with a nice looking figure for the first six months of the year, H1 2018. But we can crunch some numbers to give an idea of what it might be.

TechCrunch previously reported through sources that the company’s Q1 2018 revenue hit approximately $2 billion. Additionally, Fortune previously reported that the company carded a $1.1 billion profit during the same quarter, a number that’s in line with these revenue figures given that the prospectus reports a net margin of around 50 percent. For comparison, popular cryptocurrency wallet Coinbase made $1 billion in revenue in 2017.

But if we combine the aforementioned data points with the figures that were just reported, the Q2 numbers don’t look pretty. Specifically, if combined H1 revenue was $2.9 billion with a $1.1 billion profit, then Q2 saw revenue sink to around $800 million with a loss of $400 million. That would be Bitmain’s worst quarter yet and not the kind of momentum that you want going into a listing.

My colleague Jon Russell earlier observed a number of potential risk signs in stated numbers: margins overall have come down. Gross margin in the first six months was 36 percent, down from 48 percent in 2017 and 54 percent in 2016. Contributing to that, the cost of sale percentage in the first half of 2018 rose to 64 percent from 51 and 52 percent in 2017 and 2016, respectively. Additionally, he detailed how the company over-estimated demand in 2018, and, as a result, its inventory ballooned by $1 billion. That unsold product is another indicator that Q2 did not go as planned.

We can also examine the financials from a holistic perspective. Adjusted return-on-asset (ROA) and return-on-equity (ROE) are indicators of how profitable a company is relative to its total assets and equity, respectively. Both numbers almost halved in 2018 vs 2017. So even though Bitmain was able to grow its top and bottom line, its overall operating efficiency has declined significantly, from 60.9 percent to 31.4 percent in adjusted ROA and 112.3 percent to 58.9 percent in adjusted ROE.

Where that operating efficiency level could stabilize will likely be a focus for public equity investors. With 94 percent of 2018 revenue coming from mining rigs, up from 80 percent from 2017, Bitmain is increasingly looking like a pure chips company, subject to cryptocurrency market conditions. As a reference, hardware company Nvidia,  a company based out of California that also makes computer chips, generated revenues of $9.7 billion in its 2018 fiscal year (2017 calendar year). It’s been operating for 19 years as a public company and its ROA was around 27 percent and adjusted ROE was around 40 percent in calendar year 2017. Nvidia told investors last month that revenue from crypto-related sales had substantially declined, another factor that indicates Bitmain’s Q2 was a tough one.

More generally, Bitmain currently has 11 mining farms in China, including Sichuan and Inner Mongolia. It’s looking to build out 3 new mining farms in the U.S. in Washington, Texas and Tennessee, while it is also contemplating a mining farm in Quebec. This indicates that the team is cognizant of its concentration in revenue from mining rigs and is attempting to diversify into other businesses.

TechCrunch looked at the top equity holders closely and it appears a total of ~60 percent is owned by the top 5 founding individuals. We know of co-CEOs Wu Jihan and Micree Zhang that own majority of the portion, but there is also Zhao Zhaofeng, Ge Yuesheng, and Song Wenbao. The next largest shareholder is Sequoia, which owned the investment through another entity called SCC Venture VI. Sequoia owns over 2 percent of Bitmain shares through its various funds. Coatue also owns 0.14 percent. The employee’s pool in aggregate was about 18.5 percent.

Aside from Q2 numbers and potentially a hit in Q3 from the ongoing market downtrend, there are few other investor concerns that may surface. For one, Taiwan Semiconductor Manufacturing Company (TSMC) is Bitmain’s single largest supplier, accounting for 59.2 percent of total supply in the first half of 2018, and generally hovering over 58 percent in the last 2.5 years, leading to concentrated supplier risk.

Another issue is regarding the cryptocurrencies that Bitmain owns — that is, Bitcoin,  Bitcoin Cash,  Ether, Litecoin and Dash. Bitmain accounted for these cryptocurrencies at cost, which means that the value of these cryptocurrencies is priced at the time of acquisition, not at the current market value. A decent portion could have been acquired during the bull market last year. This may be perceived as overly bullish or unrealistic by public investors, especially by those who have yet to be bought into the value of cryptocurrency, or already find it extremely risky as an asset class.

The questions and doubts from public investors around the unpredictability of the crypto market will be one of the many challenges that crypto companies face if they choose public markets. As we mentioned previously, there are many reasons to stay private as a crypto company, including keeping quarterly financials private as well as dealing with market fluctuations and the ongoing volatility and uncertainty in the cryptocurrency world. However, the con is that early employees may not get liquidity in their stock options.

Wu has said that a Bitmain IPO would be a “landmark” for both the company and the cryptocurrency space. In such a bear market, Bitmain may be taking a risk by going public, but it’s certainly a large step on behalf of the crypto market. When the filings came out, the value of Bitcoin Cash rose by 23.7 percent from the start of the day, reaching a nearly three-week high, and at around 6pm PST it was still up 20 percent.

Several of Bitmain’s competitors have filed for IPO since the beginning of 2018, but most of them are significantly smaller. For example, Hong Kong-based Canaan Creative filed in May, and its latest target is $1 billion to $2 billion in fundraising with 2017 revenue of $204 million. If Bitmain’s Q2 was as poor as the numbers suggest, it may need to revise the target raise for its Hong Kong listing.