A Primer on South Korea & Cryptocurrency: A Complicated Relationship 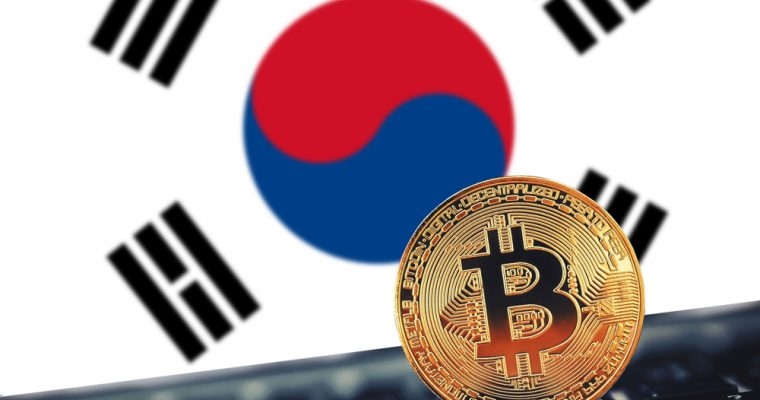 Despite the Korean Won being the third most traded national currency for Bitcoin and the new generation of millennials being more eager than ever to participate in the cryptocurrency ups and downs we so often find ourselves in, it would be fair to assume the South Korean regulators have so far had an ambivalent attitude to the crypto environment.

In a world where the new generation of millennials are helping shift the universal acceptance of societal standards and are known for having a generally more optimistic view of their futures, Korean youths seem to be much more cynical. A 2014 Pew Research Center Report found that South Korea was the only country where millennials were much more discouraged than those of the other dozen countries surveyed.

While the South Korean economy to the outside world would appear to be in robust health, with such titans like Samsung and Kia at the forefront, the benefits are not trickling down to the younger generation. Youth unemployment and underemployment rates are at a combined 50%. These generally negative emotions among the Korean youth, representative of the design of Korean society, and the fact that it’s nearly impossible to distinguish themselves among a highly educated economy has made investing in cryptocurrency so popular.

Korea’s largely internet connected society played a significant role in spurring Bitcoin’s popularity. Millennial children would spend hours every day on cryptocurrency related sites, and allowed intoxicated potential traders of all ages to learn about the enormous fortune that can be earned via cryptocurrency investments.

While that was the craze engulfing the nation, the Kimchi Premium was established. This was where foreign traders would purchase their coins elsewhere and trade in the Korean market, as the vast majority of coins were trading at a massive premium to other countries, in some instances up to 51% more.

While South Korea remained one of the hottest cryptocurrency markets, the government has reacted a bit less enthusiastically.

In December 2017, Seoul threatened to ban not just initial coin offerings, but all cryptocurrency trading. This resulted in 200,000 citizens signing a petition to cease the government from prohibiting crypto regulation.

It was during this standoff that two major South Korean crypto exchanges were the victim of hacks. In June both Bithumb and Coinrail were compromised and lost over $30 million each. Preceding both these significant events was the bankruptcy filing of Youbit in December 2017, which also suffered two data thefts.

However, among all the furor, there is a common sentiment among crypto enthusiasts in South Korea of increasingly friendly relations. Samuel Yim, a blockchain based attorney, believes the intentions of the Financial Supervisory Service (FSS) are aligning with that of public interests, but this has yet to be fully acknowledged. He states that the regulator’s main priority is to protect the retail investors, while still being committed to introducing regulations which enable innovation without allowing investors to suffer from adverse effects.

ICOs haven’t actually legally been banned, however are strongly discouraged by the FSS. This results in an uncertain regulatory environment for potentially successful projects originating from South Korea. The government has acknowledged the capital outflow as a result of the de facto ban and is continuously looking for better alternatives.

There are some aspects of cryptocurrencies such as taxation which is very difficult to work out and uniformly apply and it will take further time for the different legislations and executive arm of the government to implement coherent, working policies to govern such matters.

However, admittedly, the growing fear of missing out on a global revolution is increasing, even among officials. Jeju Province, an island off the southern South Korean coast, has been vocal in trying to appeal to foreign direct investment and hopes that the island could become an ICO hub, similar to that of Malta. By building blockchain hubs and preparing the infrastructure for a new generation of innovation, the province aims to provide competition to that of other Asian countries such as Indonesia and Thailand. It still is unclear whether this province, with a reasonably sized administrative autonomy, can bypass the government ICO ban, or at minimum encourages faster national regulation of ICO projects.

While the prevailing feeling among regulators and crypto commentators alike is that the ICO ban will be removed at some point and the increasingly break-neck crypto space will have fundamentally sound regulations, it is still not clear when this will happen. There was an expectation that this could take place by the end of this year, but those plans were seen to be premature. South Korean regulators are sharply following developments in USA and Japan, such as ETFs and exchange regulations and a much more feasible deadline that would be in the middle of next year.

Earlier this week the South Korean Ministry of Science and Information Communications Technology (MSICT) stated their plans to support the growthof the domestic blockchain industry.

Min Won-Ki participated in a meeting with a variety of blockchain startups and was part of the Korean government’s initiative to establish communication and potential collaboration with these companies, as part of what has been dubbed the ten key ICT sectors of the Fourth Industrial Revolution.

The meeting discussed blockchain pilot projects launched by the government with the intention of boosting the blockchain market and improvement of public services with an investment of $3.7 million. The deployment of blockchain technology within the livestock provenance, customs clearance, and property transactions had a particular emphasis.

Further discussions towards forming a cloud-based blockchain environment, building a robust competing ecosystem between domestic and foreign blockchain developers and granting support for research and development in the private sector were at the forefront.

Along with this positive movement connected to blockchain, there have been more good news concerning the regulation of the Korean crypto industry. These include:

Regulation Remains But Attitudes Are Changing

It is still unclear how South Korean regulators will combine the evident excitement around blockchain and the necessity to protect consumers into a balanced and positive regulatory framework without alienating or confusing prospective entrepreneurs. The South Korean blockchain community, along with several others worldwide, is primed for effective and practical regulatory architecture and is rigorously wanted by all the stakeholders- from the government all the way to the institutional investors.

How can the South Korean regulators and officials worldwide for that matter proceed with crypto regulation? What is the best way to lay the foundations for future secure growth without harming the very people who so hope to thrive from such investments?

From a personal point of view, there are two possible responses from the regulators: ignore the will and desire of the people or prepare for an evolving crypto investment environment.

Despite the current enormous popularity of blockchains and cryptocurrencies, it must be noted that the technologies are still in their infancies, and it may be possible to use experience from recent financial crises to educate the current crypto movement.

Just how Bitcoin- the first original use of blockchain technology- was introduced in 2009 following the Global Recession in the pursuit of societal decentralization, several P2P lending companies had formed in the USA several years earlier. They operated within the fiat environment and allowed borrowers to receive their loans directly from the investors.

This arrangement benefited both, due to the higher returns and lower rates, however, despite the apparent risky elemental nature to their business practices, many of these businesses continued to operate unequivocally. Consequently, some platforms were served with a notice to temporarily halt their operations by the Securities and Exchange Commission (SEC) due to their practices violating SEC securities distinctions. These businesses along with others embraced compliance and thrived as a result.

The correlation between this situation and the present crypto movement bears similarities. However, this is precisely the kind of resolution that is in many ways the ideal scenario for crypto. Increased investor protection and confidence, and a more uniform approach can be the impetus for substantial future progression.

However, the South Korean regulators find themselves at a critical junction. This situation is a very delicate and tedious exploration phase, where it would be naïve and foolish of the regulators to create set regulations without the proper research. Making too big a leap that could backfire spectacularly.

Now is the ideal opportunity for the regulators to establish a positive, stable and unbiased proactive framework for blockchain and crypto-regulation in the country, Not just for the officials themselves, but more specifically to the newer generation of young minds, who are keen to break away from existing hierarchal structures and allow themselves the opportunity for financial evolution that may only be realized once in their lifetimes.

What The Future Holds

2017 was a massive year for cryptocurrency, and 2018 so far has been another big year with over $6 billion raised alone in ICO funding. However, we have most likely yet to experience the best to come.

The South Korean government has and will continue to have a positive attitude towards cryptocurrency innovation, and the initial regulations are interpreted as reactions to different events in the crypto industry. Governments worldwide have generally had an encouraging response to blockchain adoption and their relevance to world development, but the vast number of scams and fraudulent activities have resulted in many governments to backfire and enforce strident regulations until a middle-ground can be achieved.

This sets the tone for a positive future for cryptocurrency and blockchain projects and implies that the initial adverse reactions from individual governments, such as South Korea’s, are temporary aftermaths of disruptive innovation.  These will undoubtedly become much more relaxed as governments acquire the ability to introduce stronger mechanics to control the negative aspects of the market better. With South Korea well on the road to creating healthy and stable legal frameworks for the blockchain and cryptocurrency industry, I do not doubt that 2019 will be the answer to a lot of the regulatory concerns.