What is in a Stablecoin? A China Perspective on Tether and Stablecoins 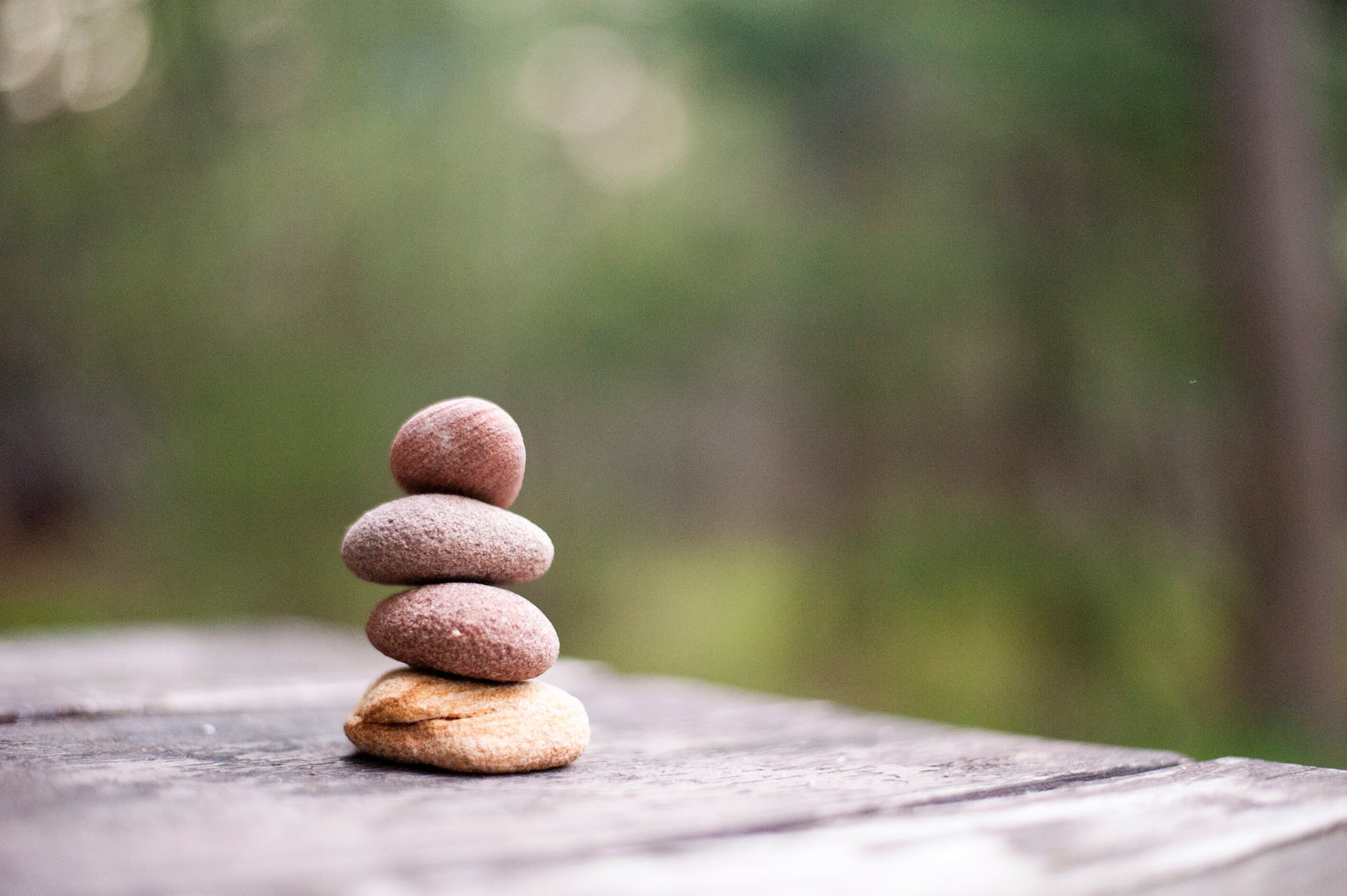 With lately an increasing focus on a stablecoins narrative in the Crypto industry, and ongoing chatter about Tether breaking its peg to the dollar since beginning of October, I want to shed some light on stablecoins from a Chinese digital payment perspective and provide some thoughts on Tether.

Alipay and Wechat Pay’s digitally RMB have stood out to me recently as having a few shared similarities with the current stablecoins space, in ways that I believe may surprise our readers. So I propose the question- what’s really in a stablecoin and what are ways a stablecoin can be successful?

First, a Quick Background on Stablecoin and the Latest with the Stablecoin Happenings in the US, Skip Directly to the”China Perspective” If You’ve Already Been Following the Space Closely

Stablecoins are digital currencies pegged to a stable asset, such as gold or fiat currencies, or backed by collateral (that could also be a cryptocurrency). Most common examples include Tether, MakerDAO, Basis and Terra. Folks that have also raised money but on a smaller scale are Carbon and Celo.

Most recently, numerous institutions have made way into stablecoins. IBM most recently announced its exploration into stablecoins through a collaboration with Stellar by building a stablecoin on the Stellar blockchain. Additionally, a number of stablecoins have come out in the last few months, from the crypto exchange Gemini issuing the Gemini Dollar and financial blockchain solution Paxos issuing the Paxos Standard. There are also other stablecoins such as Terra that is looking to implement a stable coin through e-commerce.

Stablecoins have been in development for some time in the US, with multiple companies raising large sum of money to create a price-stable coin since early 2018, including Carbon, MakerDAO, TrustToken. The company Basis raised the most money amongst them, a whopping $133 million in earlier 2018.

Thus far, project teams have been heads down developing detailed mechanics of their own coins, and they have been independently working with regulators to ascertain the future of stablecoins and their role in it.

In most of the stablecoin teams’ mind, there should be only one or just a few stablecoin winners that could capture most of the mind share, and create products and an ecosystem that uses its cryptocurrency. This creates an invisible divide in the ecosystem with the coins and tokens all trying to outcompete each other, and hinders the development of standards.

Given that cryptocurrency price volatility continues to be an obstacle for institutions looking to adopt the technology, it is likely that other financial and consulting institutions will turn to stablecoins as a way to support their existing customers and bring new crypto-curious customers in.

? A China Perspective on Stablecoin

You may be surprised that I am talking about Alipay and Wechat Pay in the same sentence as stablecoin, but funny enough, these Chinese local payment systems’s digital RMB exemplify strong similarities to the current stablecoins.

Here is how the Financial Times describes Alipay and Wechat Pay:

“Chinese mobile payment transactions reached Rmb109tn ($16tn) last year, according to research firm Analysys Mason, as consumers switched to smartphones from cash for supermarkets, taxis, and payments to friends. The platforms are also increasingly used to purchase mutual funds, peer-to-peer loans and other wealth management products. Ant Financial’s Alipay and Tencent’s WeChat Pay dominate the industry, with market shares of 54% and 39% respectively in the first quarter. Ant Financial is the finance affiliate of Alibaba.

Together the two groups control hundreds of billions of renminbi in customer funds that accumulate on their platforms when users receive payments but do not immediately transfer the funds to a bank account or other investment. Previously, third-party payment groups were permitted to invest customer funds, much as banks use deposits to make loans and other investments, even though unlike banks, the payment groups pay no interest to users.”

Sounds familiar to anything in Crypto?

To me, Alipay and Wechat Pay’s digital RMB share some fundamental traits as stablecoins — a digitally transferred currency, pegged and backed by fiat (the yuan in this case), and representative of a deposit “certificate” issued by a private company (which is what increasingly more crypto companies are doing).

Take just Alipay for instance. Alipay is China’s leading third-party online payment solution, founded by the Alibaba Group and its founder Jack Ma in February 2004. Currently Alipay’s digital yuan are pegged to the Chinese Yuan at a ratio of 1 to 1.

But when we made payments on the platform, how we do know there was actually a Yuan reserve backing these payments? Well, we didn’t know. AND, there wasn’t a Yuan reserve.

In fact, the Yuan reserve wasn’t required. Alipay and Wechat pay did not have actual assets backing its payment system for over 10 years. Yes, you read that right. OVER 10 YEARS. To be specific, it was more like 14 years.

Does this sound similar to some controversial stablecoin that we are seeing right now in the market?

It was not until this year that the Central Bank of China requires payment firms to deposit 100% of their reserves of client funds with a centralized custodian by Jan. 14 — part of a broader effort to crack down on financial risk.

Additionally, it was only last year in January 2017 when the People’s Bank of China (PBOC) said that it would require third party payment companies to keep 20% of their customer deposits at commercial banks in single custodial accounts that bear no interest. China’s third-party payments providers had previously been given free rein to invest funds collected from customers, effectively functioning in a manner akin to depository institutions without the obligation to make interest payments for funds.

This means that Alipay’s reserve did not come into government supervision and spotlight completely until very recently, only when Wechat Pay and Alipay have become dominant payment systems in the country. This begs for one question: what should be the business model for stablecoins and what lies their best go to market approach?

PBOC has since announced that this reserve requirement will rise to 100% by January next year in 2019, after first lifting the ratio to 50% in April.

Similar to digital payments through Alipay, most users of cryptocurrencies don’t actually pay attention to the regulatory requirements behind these cryptocurrency platforms. In China, individuals send red envelopes to friends by using Wechat and scan our QR code to make a payment. Everything seems to be taken for granted, and there is rarely an ask of whether, “are we 100 percent sure that sufficient reserve funds are in place to facilitate these payment?” Compared to understanding the truth behind these leading mobile payment solutions, people are more concerned about the convenience and accessibility of cryptocurrency exchanges.

I may be overly simplifying it, but Alipay and Wechat Pay’s digital RMB are arguably the most successful “stablecoins” to date. They continue to be what I believe to be China’s True Crypto Giants, as I mentioned in my writing before, and given that that Alipay and Wechat Pay are already so well positioned to be stablecoins, I wonder what the Chinese government will do next…

I’d still agree with many feedback on the post about how Alipay and Wechat are fundamentally different from a stablecoin as they are digital fiat not issued on a blockchain. So I put a quotation mark when noting Alipay and Wechat under the current definition of stablecoins. Nevertheless, at the current moment where the industry is trying to figure out the scale of these large payment systems in terms of adoption andscability, thinking about the end result to how stablecoin adoption may become prevalent akin to Wechat and Alipay is pretty cool.

Lastly, another issue worth highlighting is how Alipay’s success shows that application scalability and the level of regulatory supervision move in opposite direction. The Chinese government monitored, but did not interfere with the adoption of Wechat and Alipay until it got really big.

When an emerging system comes into maturity and becomes widely adopted, regulatory supervision naturally follows suit (i.e. Uber). Hence, rather than worrying about how to cope with the government regulation of business, a company could be potentially focusing on diversifying the application scenarios of its system as a way of business management.

In the short but robust history of digital transactions in Asia, primarily China, the “stablecoin” experiment through Alipay and Wechat Pay suggest that 1) government backing, and 2) business applications, are crucial to a success of a stablecoin. So now my question is: does Tether have these important attributes? Will its dominating trading volume get itself there?