How does the Chinese Government think about Stablecoins? 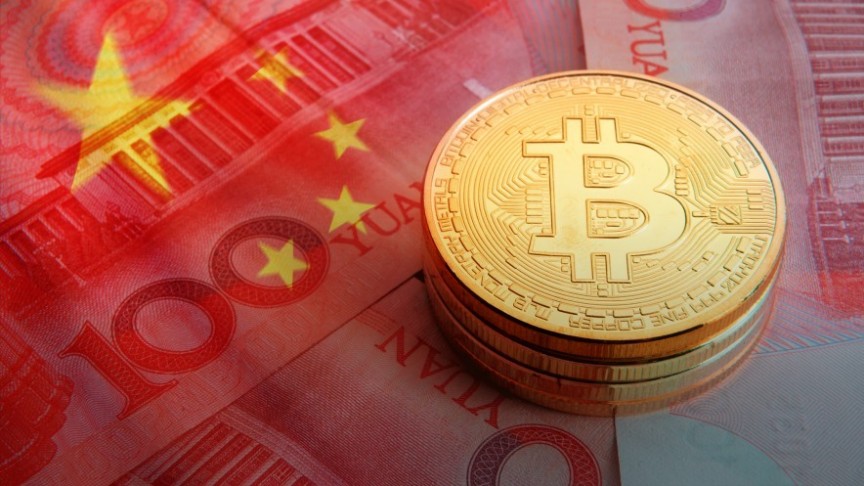 Not long ago, two articles published by China Finance (one of the most influential professional journals in the Chinese financial community) did an in-depth and thorough analysis of stablecoins.

Wang Huaqing, former secretary of the Central Commission for Discipline Inspection, co-authored the first article that is titled “A Brief Analysis of Stablecoins.” Yao Qian, director of the Digital Currency Research Institute at People’s Bank of China, co-authored the second article that is titled “Stablecoins Experiments and Lesson Learned.” Stablecoin is one of the most popular cryptocurrency products released in 2018. Yet, how should the Chinese government respond to this stablecoin mania? The following content aims to illustrate the most important ideas conveyed in these two aforementioned articles.

Let’s start by talking about the first article, “A Brief Analysis of Stablecoins.”

According to the author, except for the legal cryptocurrency issued by the People’s Bank of China, no other stablecoin is able to resolve the four critical issues facing digital currency at the moment. We will address these four concerns one by one.

First, how to effectively regulate and control illegal activities generated by the implementation of cryptocurrency? These criminal behaviors may include unauthorized trading exchanges, capital flight, money laundering, etc. Regulators must find a way to tackle these risks before officially adopting stablecoins for public use.

The second problem with stablecoins is the risk of a technical glitch. If a customer’s personal information is leaked, what is the emergency plan? What about other unexpected scenarios? What should we do if a failed digital transaction occurs or somebody tries to hack a computer to steal digital asset?

The article also mentions the prospect of stablecoins. If the Gemini Dollar (GUSD) launched by the United States is generally accepted by the market, stablecoins may be able to make a positive impact. As for now, however, the impact of stablecoins is expected to be very limited.

The potential impact of stablecoins is mainly reflected in four aspects. First, stablecoins will change the existing financial structure because there is no longer any need for intermediaries. Second, stablecoins will impact the central bank system. Third, stablecoins will influence the international monetary system. Fourth, stablecoins will transform the financial sovereignty of many countries. In order for stablecoins to sustain long-term developments, several key questions must be addressed. First, will the concept of cryptocurrency be widely accepted by the public? Second, how to expand the application scenarios of stablecoins? Third, how to obtain the approval of regulatory authorities of different countries?

The article also points out that, for a long time, China has been highly attentive to the development of digital currency. Even though China prohibits domestic cryptocurrency transactions due to various market chaos, considerable research has been made about digital currency. At present, digital currency and blockchain technologies are developing rapidly. It is necessary for us to pay close attention to these advancements and be prepared to take countermeasures as early as possible if needed.

For now, we should focus on three things. First, we need to have emergency plans in due course. Second, China should continue to ban all domestic cryptocurrency transactions. Third, we must develop feasible research plans to continuously learn about digital currency. If dollar-pegged stablecoins become widely recognized by the market and can indeed better support economic developments, China should allow cryptocurrency to circulate in the domestic market while also taking tight control over its flow. Thus, depending on relevant experiences from other countries and their research results, China might eventually encourage domestic institutions to issue stablecoins pegged to the renminbi.

Based on the latest research results of other central banks, it is also feasible for China to issue experimental digital currencies within limits in order to be prepared for potential challenges.

Let’s now move on to the second article, “Stablecoins Experiments and Lesson Learned.”

Yao Qian points out in this article that virtual currency as represented by bitcoin usually has a limited amount of total supply, which allows it to ensure price stability. In reality, however, this scarcity increases the risk of deflation and contributes to the volatility of the currency price. As a result, the issuing entity tries to optimize regulations and experiment with various control mechanisms to stabilize the currency price in hopes of implementing an exchange rate peg (that’s when a currency’s exchange rate with another currency is stabilized).

In general, stablecoins share the major advantages of blockchain technology. They pose no challenge to the legal currency, basically bypass the commercial bank, and offer an international cross-border payment system that is free from time and space restrictions. At present, the total amount of virtual currency in circulation is very limited, and the application of stablecoins is still in its infancy. According to IMF’s assessment this year, the total market value of virtual currency accounts for less than three percent of G4 central banks’ balance sheets. That is to say, virtual currency is not likely to affect financial stability.

First, a stablecoin needs to be pegged to a stable asset, such as gold or fiat currencies, in order to ensure the stability of its token value. Compared to other virtual currencies, a stablecoin has a stronger association with the central bank and its core businesses such as cross-border capital flows and payment clearing.

From the perspective of product design, each stablecoin involves in a very complicated engineering process. Whether it is the design optimization of its stability or the construction of its circulation environment, the creation and issuance of a stablecoin require extensive knowledge about modern monetary and financial theory. Because the stablecoin and its payment system require substantial network externalities, any stablecoin that can be successfully adopted and sustained in the future might lead to the result of “winners take all.”

In recent years, we have seen the rapid expansion of artificial intelligence, quantum information, the Internet of Things (IoT) and blockchain. With groundbreaking applications, a new generation of information technology has invaded our lives with unstoppable momentum. The blockchain technology is very likely to become an important foundation for the future digital economy. While designing and developing a new form of cryptocurrency, the central bank needs to consider the digital currency’s compatibility with blockchain-based transaction settlement services in order to help the digital economy thrive.