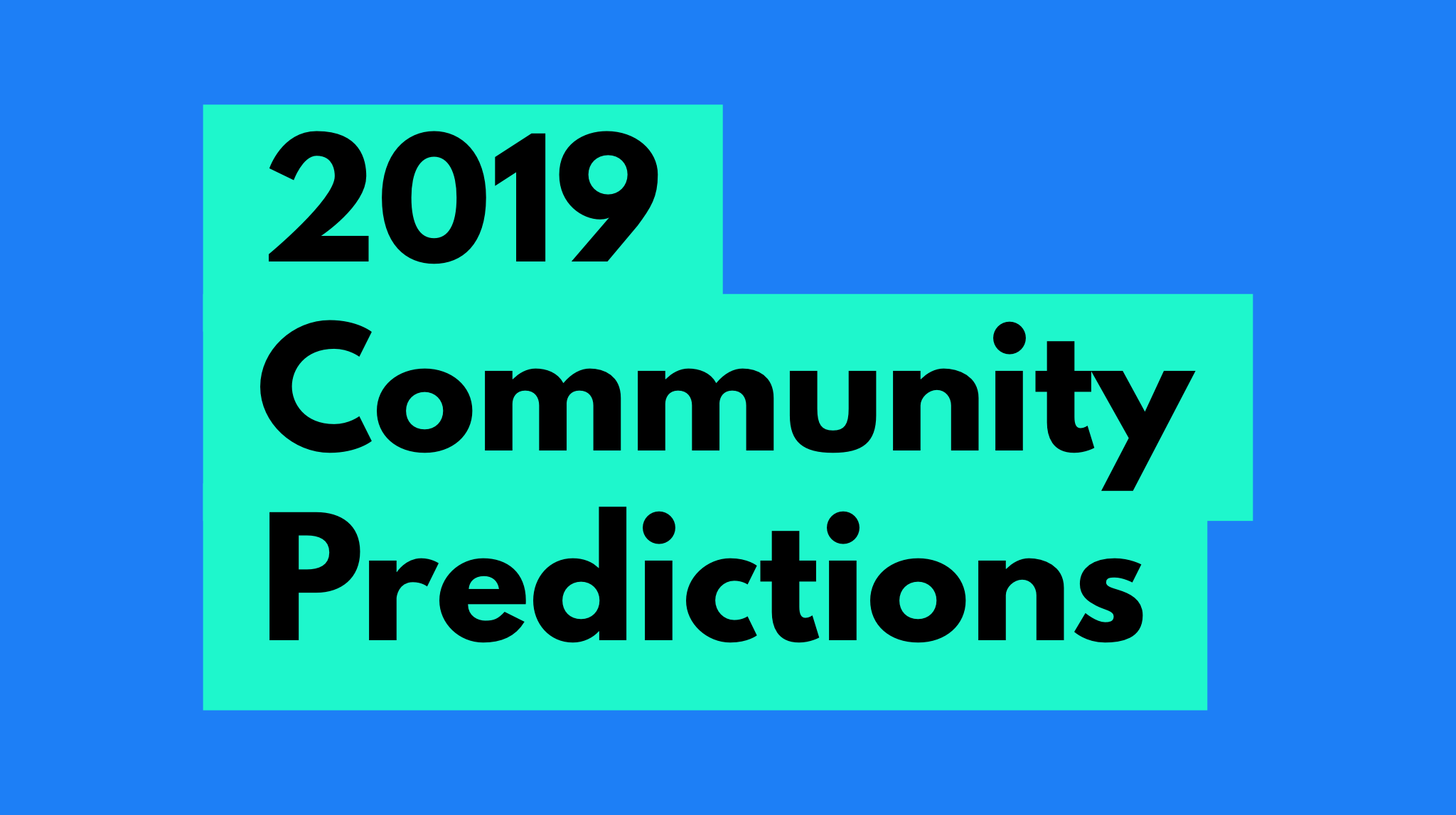 Happy New Year! We hope you had a restful and blissful holiday season and New Years day.

As we enter 2019, we asked some of the most influential and thoughtful members of the GCR community to share their outlook on the Asia cryptocurrency and blockchain trends for this coming year. What will happen to the crypto markets in Japan, Korea and China? Where will the breakout opportunities and regions be? What should we in the west pay attention to?

Given what we’ve seen in the industry thus far, here’s a collection of what some of them expect in 2019.

Usage: The most natural early users of have always been in Asia, where the discrepancy between widespread smartphone penetration and low financialization of the economy makes it ripe for adoption of crypto’s financial applications. In 2019, as we move through the infrastructure and into the application phase, crypto businesses and infrastructure projects will be forced to look to Asia for their go-to-market strategies, to work with the large Asian distribution channels, and build for Asian users.

Exchanges as Distribution Channels: The largest crypto businesses in the world are already in Asia – of the top 20 exchanges by volume no more than a handful are based outside of Asia, as are the largest mining companies. In 2019, we will start to see these exchanges and mining companies act as distribution channels, offering new financial products and smart contract-based applications to their users.

Regulation: today the U.S. is still the most important center for crypto technology and product development in the world, but the uncertain regulatory climate could change that. The U.S. is in danger of losing its tech giant crown to more flexible Asian countries and the clock is ticking. If the regulatory situation in the U.S. doesn’t dramatically improve within 1-2 years, we could see Asian cities like Hong Kong, Singapore, and Beijing becoming the new global hubs of crypto technology.

Korean market will have consolidation amongst technology and crypto businesses next year. There will be a huge effort amongst some of the top gaming companies to break into this space. What this means as a whole, is that Korea will be leading the way for consumer adoption in the earlier part next year. Lots of questions will be raised such as decentralized systems being slow vs semi-centralized systems with mass adoption.

Japan’s largest tech companies have secretive R&D teams. From my perspective, I don’t think a lot of the efforts will translate into new business lines in 2019. However, there is a handful of experienced veteran game producers who have formed their own blockchain gaming studios. A lot of high-quality blockchain games will be released in Japan late Spring to Summer of next year. This will set a new standard for a hybrid on /off chain blockchain games.

Lots of things are happening in China but we’ve started to focus more attention Japan and Korea. There’s a high percentage chance of a better blockchain gaming ecosystem forming within those countries at least for 2019-2020. Until regulations are more clear from China. Good signs the gaming license freeze is over!

Government bodies have also started implementing blockchain. A number of initiatives have been taken across jurisdictions both at federal and state/provincial levels to implement blockchain to improvise on services and transform inter-governmental and citizen transactions. Areas like titles transfer, taxation, and identification have gained traction for blockchain in the Government sector.

Asia will lead the way for blockchain adoption globally as large internet companies and conglomerates roll out production applications across chain, finance and yes, even (private) cryptocurrency. Korean gaming will demonstrate some of the first large-scale user of crypto, while China will show more blockchain application layers inside of centralized enterprise structures.

Finally, Asia will lead regulatory the pack with progressive structures coming out of Singapore, Hong Kong and possibly Japan. While the US will see isolated wins like a possible Facebook cryptocurrency, they will likely fall behind as 2019 sees Asia putting applications into production en mass.

I think most of the hottest deals you see in the US will continue to stall, basically tell the same story until their team falls apart or they run out of money due to poor treasury management, and the Asian deals that have been executing will see real use case with real users. For example, our portfolio company Mithril has been used by thousands of and their fans will use Mith to buy M17( the live streaming media platform) points as opposed to using Paypal, ApplePay or GooglePay.

I’m still a huge fan of reverse ICOs. I saw someone mention FB launching a . If that were the case, you will see of projects following. Most of the people are followers. We see that in Taiwan already. Before Mithril, no one in Taiwan did ICOs. After Mithril became a big hit and hit top 100 [marketcap], everyone in Taiwan started doing ICOs. You always need the big guys doing it first, the leader. There are so much people doing ICOs now, compared to last year, even though the price of crypto fell like 90%.

Ben He, founder CEO of of ImToken

I think Asia will play the same role as mobile internet era, which means that in , Asia will be the beachhead of crypto payment

I see companies such as Monaco, TenX, Pundi, TokenPay exploring such topics and 2019 will be the start on Payment and DeFi.

In 2019, Asia will continue to lead the way in terms of adoption. There will be a focus on technical development as speculation decreases and regulation becomes more defined.

Tian Li, and CEO of DDEX

Increase in Competition: 2017-2018 was an era where markets rewarded originality and novelty. In 2019, perhaps only projects with practical use cases and realistic distribution strategies will survive. As a result, certain sub-sectors within Blockchain will actually become competitive. This is a good thing.

Mainnet Answers: 2019 will be a year where a lot of new blockchains finally launches. Which new product categories could potentially be unlocked by lower block times and higher TPS? Will support for solidity/EVM be a competitive advantage or a non-factor?  What is the correct strategy for winning the mindshare of smart contract developers? Many questions will be finally answered when theoretical algorithms hit the real world.

1. Community in Asia will focus on more mature projects with solid development progress and healthy community as opposed to investing in “on-paper” new projects.

2. For blockchain, instead of looking at market cap, people will ask what is the “active user” and “transaction volume” on each blockchain.

3. We will see the “non-crypto” and “crypto” world merging with each other, producing real use cases on the I.

2019 will be a test year for blockchain/cryptocurrencies to prove its real use cases.

1) Asia has been leading the trend of reverse ICO, and many of these projects are supposed to release their working products with real uses in 2019. Yap Chain (Yap Company’s Reverse ICO) which have partnerships with airlines, local governments, universities, etc will release its tokens so that it can be used as a local currency, and Rayon (Finda’s Reverse ICO) which aims to connect lenders and borrowers using the blockchain technology will release its working product in 2019.

2) Also, cryptocurrencies will expand its use cases into traditional finance. There will be some new opportunities around security tokens/STO, ETF, and other financial products with cryptocurrencies.

In 2019, I’d keep looking very closely into market, especially the emergence of Southeast Asia and the integration with traditional businesses in countries like Korea and Japan would be my focus.

For Southeast Asia, there could be progress in user adoption / social integration for crypto soon and plan to launch a fiat-to-crypto exchange backed by Singapore’s Vertex Ventures under Temasek Holdings would be a huge boost. In Japan, I’ve started seeing a lot of enterprises – from tech startups to large traditional corporates – started developing actual not just R&D in 2018, We will see some of those would be launched to the world in this year.

The year 2019 will be very interesting as several blockchains will launch their main nets. This will give developers more options and create new possibilities. As the leading market in terms of cryptocurrency trading and with the largest mining ecosystem, the regulatory landscape in Asia is definitely worth paying attention to.

2018 crypto market was in a bear market and big hacking happened in Japan. Positively thinking, Japan experienced problems every country might experience in and since Japan experienced those problems in advance, we can make a better regulation and practice based on what we learned. In next year, crypto exchange license, which has been suspended after Coincheck incident, tend to be approved. Also, problems related to tax is been discussed and there are signs that it will be improved in the coming year.

Also, what is hot in Japan – a game “My Crypto Heroes” is going to start commercial next year. I know everyone likes Japanese game, for Pokemon and Mario Kart. So, I think Japan can the mass adoption of blockchain by . Since ever, speculation was the only thing everyone was interested in, but please pay attention to of game and geek contents related to Japanese original culture.

The economics model of layer 2 will be a hot topic leading to innovations.

Things will start picking up steam toward the end of the year as we get to the next bitcoin halving. Only things with adoption would survive, with most new blockchains focusing on scalability and governance would fail. I is one area which might show some promise.