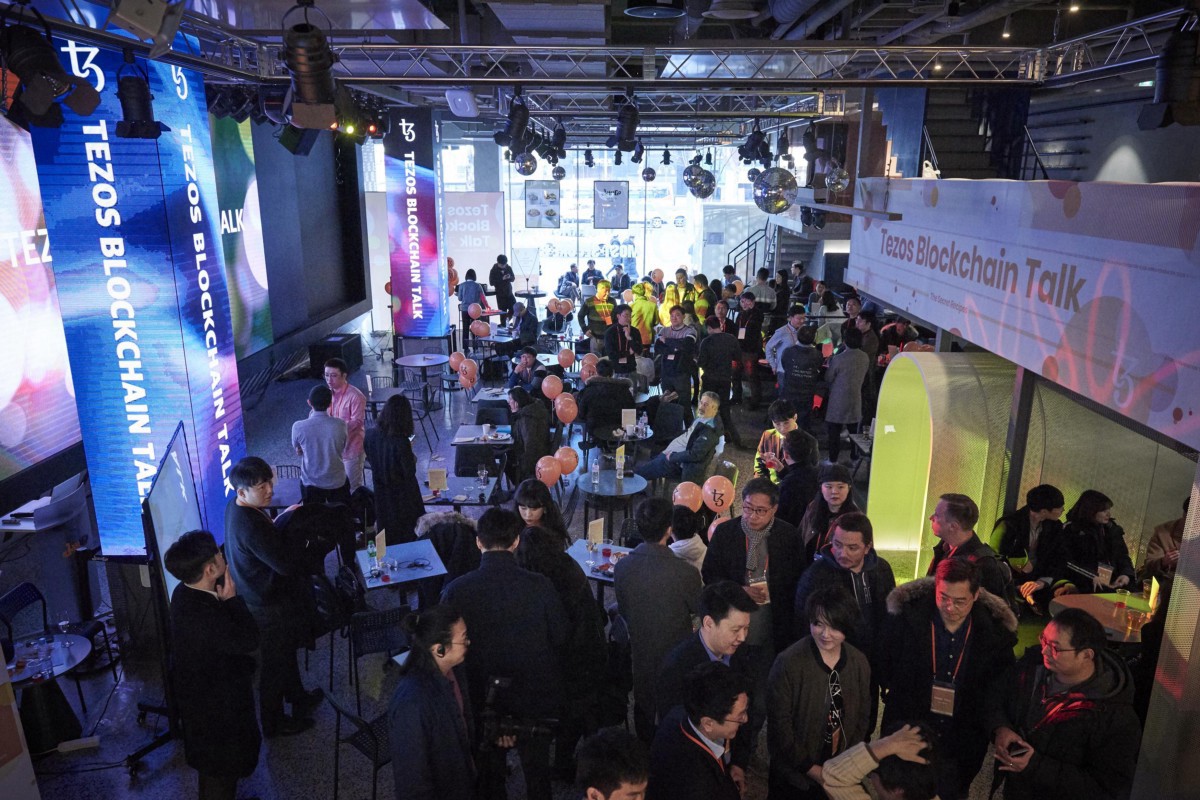 To learn more about Tezos’ communities in Asia, be sure to check out our newly launched podcast as well. In our first episode, we speak with founder of Tezos Arthur Breitman and former Foundation board member Diego Olivier Fernandez Pons on the Tezos Communities.

As we are in a potentially prolonged bear market, Korea?—?home to the infamous Kimchi premium and the country where ongoing crypto enthusiasm once flourished?—?no longer seems to command the same influence in the crypto world. However, according to the Tezos Korea team, the best is yet to come.

In fact, Doowon Suh, President of Tezos Korea Foundation, asserts that the mission of the Korean Tezos community has been consistent since its inception two years ago: to introduce new coding languages and new technologies into the Korean community that can potentially change lives and improve local businesses.

During a packed Tezos Blockchain Talk conference that took place in Seoul a few weeks ago, Doowon’s message clearly resonated with its attendees. Notably, over 20% of them were C-level executives, about 33% of them came from IT and Telecommunication backgrounds, and another 18% came from university and research backgrounds.

At the conference, Tezos founder Arthur Breitman kicked off the event by discussing blockchain’s potential impact on the world, Tezos’ technology, and its potential applications. The 5-hour long event–with dual translations–wouldn’t have led you to believe that we are in a bear market. Well-known influencers in the local Korean crypto community, including the founder of the Korea Blockchain Association, discussed the impact of cryptocurrency and blockchain in the world, and various projects building on Tezos shared their upcoming product launch. Questions from the audience ranged from one individual asking for a definition of smart contracts to another asking detailed question about Michelson?—?adomain-specific language used to write smart contracts on the Tezos blockchain.

Since 2017, Doowon and his team have been organizing regular Tezos events in Korea centered around blockchain and Tezos’ technology. Since setting up the Tezos Korea Foundation officially last year, the team has achieved some noteworthy feats. Board members of the foundation now include Jinhwa Kim, the former COO and co-founder of Korbit, a leading crypto exchange in Koreathat was sold to Nexon partners last year. The Tezos Korea Foundation is separate from the Tezos Korea Execution Company (TKEC) that takes care of day to day operations, but they work together closely on large initiatives such as the aforementioned conference.

As part of their plans to facilitate and accelerate blockchain development, the Korea Tezos Foundation has entered agreements and partnerships with local universities, including a Memorandum of Understanding with the Seoul National University, the number 1 ranked university in Korea, and Yonsei University, also another top university, both around November 2018. These partnerships would enable the teams to work with local professors to develop Tezos and OCaml research, and to train and foster experts in Smart Contracts, OCaml, and blockchain education. OCaml is a programming language that Tezos is written in. The foundation is also funding various Blockchain clubs in educational institutes for research, most recently to Sungkyunkwan University, anotherone of Korea’s top educational institutes.

Korea has one of the most educated populations in the world. In 2018, the Organization for Economic Cooperation and Development (OECD) showed that 70 percent of 24- to 35-year-olds in the nation of 51.5 million people have completed some form of tertiary education, such as universities and colleges. However, the inability to climb up the economic ladder has driven many white-collar workers to turn to cryptocurrency trading as a form of speculation, which partially contributed to the rise of the local cryptocurrency prices last year. In my conversations with startup teams there, it appears that the startup community is still very immature versus that of the states. Many young people still choose to compete for top jobs in large global companies like Samsung or LG Electronics.

Aside from partnering with local universities, the Tezos Korea team has also developed its own curriculum for training interested developers, and have done several 7-day bootcamps, where they work with participants to build blockchains and explore new business models on the Tezos platform.

According to their Chief Strategy Officer of TKEC, Jinwoo Kim, Tezos provides a new opportunity for software developers to integrate into and work on OCaml, a lesser known programming language among developers: “there is some functional programming developers recruitment from Amazon or Facebook and Tesla. So we tell them, this is a new opportunity for you. You are using JavaScript, C sharp or Python, but this is quite new a language for you. So this is a new chance. […] We also tell them that the average salary for an OCaml developer is quite high.”

The Tezos Korea Foundation will, from time to time, continue to have more functions like the Tezos Blockchain Talk, and also form partnerships with more businesses and institutions in the near future. The goal of the Korea team this year is to train 200 developers to become familiar with OCaml, and to work further with university professors to do more academic research on Tezos and the potential of blockchain.

Ultimately, the community recognizes the importance of building adoption in this space. Jinwoo believes the industry still needs to work on finding more use cases for blockchain. But the local businesses have been receptive: “in Korea, there were some [testing] trials. So there were some business clients [that] contacted us to ask how can (they) use Tezos on their services. So we are still talking about it.”

This article is written in collaboration with Tezos teams.