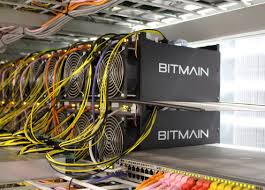 With one month left until another filing update with the Hong Kong Stock Exchange, Bitmain is going through a comprehensive business transformation in an attempt to preserve capital. In addition to the massive layoffs that we heard about in December which included the lay off of the entire Bitcoin Cash team, Bitmain has also initiated a joint mining business and is divesting its non-core AI businesses. One of the new business model includes a partnership with a mining farm under a company led by former co-CEO Micree Zhan.

Recently, it is reported that Zhan hurriedly deployed 100,000 mining units in Sichuan, China, the first two months before the arrival of the flood season around May, to purely mining Bitcoin. If it is fully loaded, 100,000 sets of mining machines will be equivalent to 1.33EH/s, which accounts for about 3% of Bitmain’s total network computing power, and is equivalent to the sum of Huobi mining pool power.

And as for Jihan Wu, the other co-founder of Bitmain, we’ve learned that he is looking to be join a blockchain company called Matrix with a number of employees from the former Bitmain Bitcoin Cash team.Read the entire article here

Today, Odaily, a Chinese media site, reported that a mining farm led by the cofounder of Bitmain Micree Zhan suddenly appeared in Sichuan, China. People speculated whether Micree was returning to mining after leaving the Bitmain CEO’s role.

However, according to sources, this is probably a development that came out of Bitmain ’s “joint mining” strategy since the bear market last year.

It is worth noting that this is a huge deployment. It is reported that Zhan hurriedly deployed 100,000 mining units in the first two months before the arrival of the flood season, to purely mining Bitcoin. If it is fully loaded, 100,000 sets of mining machines will be equivalent to 1.33EH/s, which accounts for about 3% of Bitmain’s total network computing power, and is equivalent to the sum of Huobi mining pool power.

For the past six months, the cryptocurrency space has been in a downward trend, and most of the companies associated with it have endured poor financials. Three major miners such as Bitmain, Canaan, and Ebang International went to Hong Kong to apply for IPO last year, with a goal to expand financing channels. But as of now, the IPO applications of the latter two miners have expired, and the results of Bitmain are unpredictable.

At the end of last year, Odaily reported that Micree Zhan and Jihan had simultaneously resigned as CEO positions in Bitmain. Subsequently, Bitmain continued to decline along with Bitcoin prices, with large-scale demolition of its mines, layoffing 50% of its employees, and so on.

Bitmain official rarely reveals its true operating status, latest developments, etc., so it is difficult for the outside world to really understand what’s happening. But at this year’s annual company meeting, a photograph showed that Micree Zhan covering his face and weeping, and Jihan standing beside him comforting him. Perhaps, this image can show how complex and bitter the situation is for Bitmain.

On March 4th, Odaily inquired about Micree Zhan’s Sichuan Mining farm with Bitmain. Their response was: “it’s just a general commercial cooperation between companies, please focus on the business relationship, not personal history.”

Bitmain’s 100,000 mining machines are in preparation for China’s flood season, with Micree Zhan taking over the responsibility

“Zhan came out to create a mining farm in Sichuan with 160,000 loads, 100,000 mining units.” A mining insider named Zhao Yiming (a pseudonym) revealed.

In the past two months, Bitmain has been demolishing, selling machines, and conducting mass layoffs. But on the other hand, the company is still on the move.

According to industry data, on November 22, 2018, a company named Hainan Continental Ark Data Technology Co., Ltd. (hereinafter referred to as “Ark”) was incorporated in Hainan, China, with a registered capital of 30 million RMB and a person named Wang Ming accounting for 100% of the ownership.

Two months later, Fujian Chuangke Technology Co., Ltd. (hereinafter referred to as “Fujian Chuangke”) joined and acquired 40% of Ark. Fujian Chuangke is a 100% shareholding company owned by Bitmain, and Micree Zhan is designated as both of their legal representatives.

And joined by Fujian Chuangke also came Micree Zhan, who served as the company’s executive since January 29 this year.

It is suggested that Ark is behind the mining farm in Sichuan referred by Zhao Yiming.

Zhao Yiming said that the cost of electricity for Bitmain domestically in China was generally really high. Recently, they finally found a way to get cheap electricity prices in Sichuan. The mines are to be deployed in Sichuan using hydropower, and it is expected to begin operations in May.

May is the peak flood period of Sichuan, the cost of electricity can be less than two cents RMB or $0.07. In recent years, every time after the Spring Festival/Chinese New Year, there are always a large number of mines chasing low electricity prices by moving to Sichuan.

Odaily also learned that the mines under Micree will run the Ant mining machine S11 and the 15 models (S15 and T15), both of which are Bitmain-owned mines.

So what does this new mining pool mean for Bitmain?

In December last year, Odaily reported that the Bitmain was looking to carry out Joint Mining partnerships, that is, a partnership in which a partner provides electricity and mining farm setup, and Bitmain provides its mining machines.

This is the way Bitmain is looking to get rid of its inventory, in order to preserve capital during crypto winter.

A person familiar with the matter said: “The companies that cooperate with Bitmain also need to advance the electricity bill to reduce the capital investment in Bitmain.”

However, for such a model, mine owner Lu Yuan (pseudonym) has revealed that the progress has not been smooth: “In this model, Bitmain only provides machines and does not pay a deposit, so, so far few mine owners are willing to cooperate.” Lu Yuan said.

It is worth noting that Ark, the company now run by Micree, is likely cooperating with Bitmain under this “Joint Mining” model. On March 4th, Odaily ask Bitmain on this matter, and its official response was that : “It’s just a general commercial cooperation between companies, please focus on the business relationship, not personal history.”

In addition, Wang Ming, the largest shareholder of the company Ark, is also unknown to the mining community, and is likely to be a person outside the community.

Turning to An Asset-Light Model Amid Crypto Winter

At the moment, Bitmain is experiencing the most serious dilemma since its inception.

According to publicly available data, on January 28th, Bitmain’s Ant pool and BTC.com accounted for 25% of Bitcoin’s computing power, which was once more than 50%.

In December last year, Bitmain saw over 50% of the layoffs, nearly 1,700 people, and all BCH employees were fired.

According to a report by Texas local media in December, Bitmain has stopped its mining business in Texas when just five months ago, it announced that it would create 400 jobs and invest $500 million USD in the city.

And according to news at the end of last year, Bitmain will cut all the mining operations: “There are at most 10 people left to do some light asset operations”. Nevertheless, after all this time, it seems that the Bitmain mining business has not stopped but rather that it has changed to the “joint mining” method with less capital intensive investments.

Lu Yuan revealed to Odaily that Bitmain has been trying to generate cash flow. As early as the end of December last year, people familiar with the matter said that Bitmain was working on a cloud computing platform for a customer called BitDeer, and it will sell its mining machines, electricity and maintenance costs together as a package to the customer in exchange for cash flow.

For the adjustment of the Bitmain business, Lu Yuan said: “Before Jihan Wu was responsible for the mining pool, but it wasn’t run professionally- they had a bunch of people sitting doing nothing and also they couldn’t find cheap electricity, operation and maintenance wasn’t good either. Now they are separating the mining farm out of Bitmain and are managed by co-founder Micree Zhan.”

With layoffs, joint mining models, selling cloud computing power, and divesting its mining businesses, Bitmain looks to make its original heavy asset model as light as possible and create a steady stream of cash flow. On the side, it conitnues to focus on the core business and plans to launch the Ant Mine Machine S17 soon.

Under the bright lights, Micree Zhan looks like he is tearing and Jihan Wu is comforting him.

Jihan’s Twitter has been active until now, but he seems to have disappeared since December 18 last year. Only on February 18th, a tweet was introduced to introduce the BM1397 chip.

On the 26th of February, Lu Yuan saw Micree Zhan appear at the Beijing International Airport and flew from Beijing to Shenzhen.

Bitmain is slowly divesting itself. It’s cutting out the BCH team, cutting the mining farms, divesting its non-core AI businesses, and even the two founders are moving farther away.

On December 28 last year, Odaily reported that Jihan and Micree Zhan will be retired as CEOs of Bitmain. The successor is an individual with the surname Wang. Later, it was revealed that the person surnamed Wang was Wang Haichao, former product director of Bitmain. Zhao Yiming said that at present, Jihan and Micree are not responsible for any specific things at Bitmain and only exist as shareholders.

“Micree and Jihan both understand that the double CEO titles are not good for Bitmain, so they let go.” Zhao Yiming said.

“Joint CEOs are very prone to problems. In the history of joint CEOs, the results haven’t been good.” Litecoin Pool CEO Jiang Zhuoer said to Odaily.

On March 1st, according to Quan Tian Hou Technology report, Jihan may become responsible for a company named Matrix soon, with the former senior investment director of Bitmain, Ge Yueyu, being the current CEO.

Matrix is a new company established around February this year. From a legal standpoint, it has nothing to do with Jihan and Bitmain, and has obtained a sizeable investment. Many of Matrix’s employees were previously responsible for the BCH business at Bitmain.

It is worth noting that Ge Yueyu, who is only 27 years old, was also the co-founder and executive director of Bitmain. In its 2013 annual report when the company was founded, there were five main shareholders, of which Micree Zhan held 59.2%, and the second largest shareholder was Ge Yueyu, holding 28%. In November 2018, a change occurred in the company, and four directors, including Ge Yueyu, withdrew, leaving only Micree Zhan and Wu Jihan.

Although many people from Matrix come from Bitmain BCH team, the main business seems to be focused on blockchain instead of BCH.

Zhao Yiming revealed that Jihan had been laid off before the preparation of the new company. But the layoff progress was not smooth. “There were many people who were dissatisfied with the last layoffs, around BCH 40 employees, many choose not to go back [to the new company].”

In less than a month, Bitmain ‘s IPO application in Hong Kong will usher in a deadline, and we look to see what the company will disclose with the public.