Our Subscriber-Only Quarterly Update: Asia markets are back to RISK-ON mode 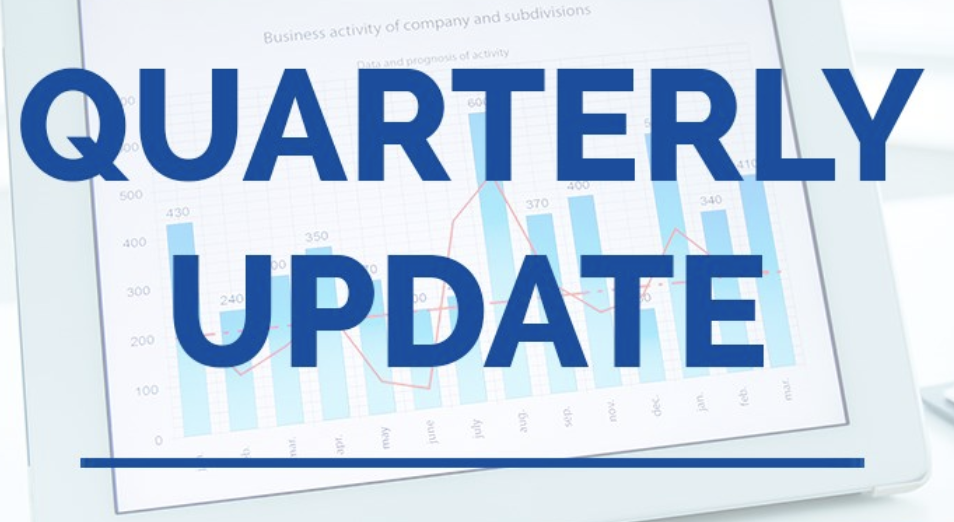 GCR is a research firm focusing on Asia crypto and blockchain. We contextualize and analyze current happenings in Asia and share our insights on the markets, regulations and the latest technology developments.

Global Coin Research is founded by Joyce Yang, a former technology equity analyst at Merrill Lynch and China Investment Capital Corporation, China’s largest investment bank. Joyce is based in NYC but travels to Asia about once a month to uncover happenings on the ground.

Our Quarterly Update: Asia markets are back to RISK ON mode

On a macro level, China saw GDP expanded 6.6 percent in 2018, the weakest pace since 1990. Chinese regulators recognize that they need to rebalance their economy away from fixed asset investment and property. However, it appears difficult for President Xi Jinping to push through these changes, and subsequently, now we are seeing China returning back to its old trick, and cutting reserve requirement ratio (RRR) for banks to boost liquidity. The National Development and Reform Commission has also released recent reports saying they’re going to loosen up the restraint on shadow banking to allow the local governments to get more money to essentially finance . (We highly encourage you to listen to our podcast episode with Leo Weese, the head of the Bitcoin Association of Hong Kong talking about shadow banking and bitcoin adoption in China.) What this is all pointing to is a risk-ON market environment in China, with ripple effects in the rest of Asia, which I certainly believe is going bolster the crypto market locally and subsequently globally.

We discuss in more detail about the market environment and provide commentary from Arthur Hayes,  founder of Bitmex, the largest derivative exchange in our report- “On Bitmex and the Current Global Crypto Markets Conditions”. We also recently conducted a conference call in collaboration with The Information and Arthur Hayes highlights that Asia is the epicenter of crypto, with most of Bitmex’s volume coming from North Asia.

Below are some large themes this past quarter:

Along with the markets, we saw the China mining scene and any involvement with SHA256 declining in the last couple of months. There was a brief period in January when mining Grin was the hot thing in China, but that did not sustain at all. Canaan, Bitmain let their IPO filings lapse in Q1, but we have already written about how Bitmain is diversifying away from asset heavy mining farms and is going through apretty large transition in its business model to stay afloat. Bitmain just came out with the new Zcash miner and an updated SHA-256 miner, but we haven’t seen much reception in the market thus far.

By the numbers, Bitcoin nodes from China declined from 18% to 4% of the total nodes over the last year. Bitcoin full nodes are essentially broadcast centers for the Bitcoin network. After a transaction is broadcasted to the network, Bitcoin miners will confirm the transaction and record it on the blockchain. Running full nodes will not be rewarded and Bitcoin transactions can be successfully completed without full nodes. But full nodes are still the backbone of the network. It’s remarkable how China dropped all the way from 2nd place last year to now 6th, from 2292 nodes to ~400 nodes, which equivalent to a drop of 14 percentage points. It is interesting to note that among the top 6 countries that are running full nodes, no other country saw more than 5 points of change during the same time. The ranking order in which each country are placed also did not change, except for China.

On April 11, we are having a conference call with the South China Morning Post Reporter who Broke the Bitmain Story, and we encourage folks to tune in.

With the regulators imposing limited crypto advertising and margin trading, we have been seeing increasing restrictions rather than welcoming messages coming from Japan this year. Simultaneously, under increasing regulatory scrutiny, Japanese exchanges are trying to grow up as they get rolled up by financial and internet service companies.

Japan recently prohibited speculative crypto advertising and solicitations, which will make it difficult for crypto companies to carry out excessive publicity activities. Additionally, the regulators announced that the leverage of cryptocurrency margin trading shall be no more than 4X.

Bitmex was originally looking to acquire an exchange in Japan and extend its presence there but now any kind of geographical expansion and business opportunities is capped by ongoing, stricter regulations. An affected party was SBI’s new exchange, which was supposed to launch soon but now pushed its launch to July due to regulatory issues surrounding leveraged trading and security.

One of the most popular coins in Japan, NEM, planned to lay off 150 people after realizing the foundation only has 1month of operating runway, and its predicament and poor cash management foreshadow what we may see from other projects in the next few quarters. Despite drawbacks, large corporates and conglomerates in Japan still look to establish more solid blockchain technology through their foreign partnerships.

Korea has a highly educated population. I was there in January for the Tezos developer conference and I shared my trip experience with Laura Shin on her podcast Unconfirmed. The educated and financially frustrated young generation in Korea, excited by a glimpse of hope delivered by Ethereum and Ripple when they first entered the market and rallied, essentially drove the crazy crypto Korean market that we saw in 2017 and 2018. However, exchanges seem to be compromising with fast growth, and recently we saw the largest crypto exchange Bithumb getting hacked again for the 3rd time.

And just like the rest of North America, we are seeing projects continue to build and gather developers. For example, Tezos, whom I’m a consultant for, put on a successful conference with executives and developers. As part of their plans to facilitate and accelerate blockchain development, the Korea Tezos Foundation has entered agreements and partnerships with local universities, including a Memorandum of Understanding with the Seoul National University, the number 1 ranked university in Korea, and Yonsei University, also another top university, both around November 2018.

In Q1, one positive sign to the crypto space was that Samsung’s Galaxy new smartphone S10 started shipping and will incorporate a cryptocurrency wallet. Out of the entire press release about the new phone line, Samsung’s only reference to its cryptocurrency wallet was: “secure storage backed by hardware, which houses your private keys for blockchain-enabled mobile services”.

In our state of Asia report in February, we also highlighted that Thailand has emerged as one of the most interesting cryptocurrencies and blockchain countries in Southeast Asia. Since early 2018, the regulators have been continuously issuing new rules and have made notable progress, from setting up cryptocurrency company licenses to permitting exchanges and ICOs. They have now given the green light for blockchain-based securities issuance and trading.

Indeed, when I was there in March for a conference, the spirits were high about the outlook of Thailand and security token offerings (STOs) when Elevated Returns, a New York-based financial company, has announced to partner with Tezos and Seamico Securities to expand into Thailand, targeting $250 million in transactions this year with $100 million devoted to tokenize real estate in Thailand.

In Southeast Asia, Thailand is up against countries such as Singapore that have also positioned itself as a hub to attract blockchain capital and projects. Nevertheless, financial literacy is not very high in Thailand, and the Thailand capital market is still quite nascent. The regulators are making up for that by implementing regulations that are the most welcoming for crypto foreign businesses, trading platforms and talents to enter. As a result, we are seeing the regional crypto businesses and exchanges becoming receptive to the regulators’ openness. Recently, the 2nd largest exchange OKEx has launched support forThai baht-crypto trading, while other foreign exchanges such as from Japan have also made initial forays into the market.

Asia is the epicenter of Crypto trading and will increasingly be more so. From our conversations with various people and projects in the West, many projects that have launched last year or newly launched this quarter are now looking for adoption, and they are putting serious efforts and resources into Asia go-to-market development. This would ultimately drive disproportionally even more crypto ownership in Asia than what we already see now.

Zcash is one such example of a large project increasing focus on Asia. In January, the Zcash team on its blog emphasized the importance of Asia as part of its market strategy, as the company “have been moving beyond the technical and scientific cypherpunk community toward early adopters and the early majority with a need or desire for an alternative store of value (SoV)”. To read more about that, checkoutour March update.

Separately, we recently also did a conference call with MakerDao’s head of China Chao Pan. In the call, we talked about a variety of topics including Chao’s conversation with regulators in their process of building China’s digital currency, the stablecoin scene in China and Maker’s local partnerships. China is the second largest market for Maker, with about 1/3 of the total volume of the US and I see stablecoinadoption potential being significantly higher than that of the US (just think of who actually use USDT, it’s the people in Asia), checkout our 8 takeaways from the call.

Lastly, a recent trend is that exchanges in Asia have started issuing IEOs (initial exchange offerings). Exchanges in Asia stay competitive by copying each other. We are already seeing a number of exchanges launching or developing a platform akin to that ofBinance’s Launchpad after seeing some success: Huobi Prime, Bibox Orbit, KuCoin Spotlight and Bitmax. We did a conference call with Kyle Samani in January about Binance and his takeaways from Singapore Blockchain week, check it out here.

But based on the projects listed on the IEOs thus far and the numbers shared, the stats not impressive. With the number of tokens issued sub or equivalent of 10% of total token supply and subsequently raising a few million dollars, this IEO does not seem to be a sustainable business. Instead, the IEO model seems like a strategy for projects to bootstrap some funding during a bear market while simultaneously enjoy marketing and distribution through the exchanges.