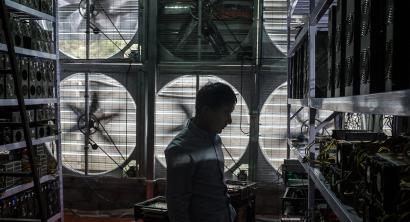 Get the best access into Asia crypto and blockchain right in your inbox ?

China’s National Development and Reform Commission (NDRC), a state planning agency charged with spearheading macroeconomic policies, just released a draft version of the 2019 Catalogue on Readjustment of Industrial Structure, in which it classifies industries into three buckets- industries that it wants to encourage, restrict and eliminate.

The report identifies activities the state deems to be in violation of relevant laws and regulations, pose a safety hazard, or are unecological. This most recent draft now includes crypto mining as part of its eliminated list.

The proposed guidelines state that for those industries that fall under the eliminated category, they need to be phased out by January 1st, 2021.

The guidelines are just in draft stages of the proposal. So it is currently up for up forrevision and feedback, which will take at least another 6month to make official. Nevertheless, we are certain that, 1) the regulators are not so crazy on mining; and 2) there is potential for these guidelines to have very negative impact on the local mining industry in China.

On the ground, we are hearing mixed opinions from the locals, because 1)no one is really sure whether this proposal will actually get past the draft stage and become formalized, and 2) and how the ban and implementation will actually look like.

In the near term though, the Chinese locals still tell me they are still open to purchasing mining machines because they can still mine in the next 2 years (at least) and that will give them enough time to breakeven and make money.  Some other opinions vary and here are our 3 (very simplified) cases for thinking through the potential outcome:

Best Case Scenario:
Mining industry in China stays status quo and such proposals doesn’t get past formalizing or go un-reinforced. As Dovey Wan says on Twitter, “NDRC updates a new version of such proposal every other 3-5 years since early 2000. Items that should be eliminated by end of 2006 are still in the 2011 and 2019 versions”.

Less Positive Scenario:
1) local governments and the mining industry negotiate with the central government to suggest potential tax and employment benefits from the mining industry, but over the course of the long term, the industry takes a hit from ongoing financial pressure and increased regulatory oversight
2) investment in mining and new mining startups are discouraged, but people continue to do it

Worst Case Scenario: as suggested by some legal individuals in China
1) investment in mining and new mining startups are prohibited;
2) during the phase-out period, local departments are allowed to raise electricity cost;
3) those responsible in the industry and relevant leaders will be investigated.

Overall, this does not seem like a positive sign to me. The regulators are paying more attention to mining as an industry andwe have seen how they have requested disclosurefrom all crypto-related entities earlier this year. The news of China’s ban was trending on China’s Twitter so it is obviously is drawing national attention. Nevertheless, currently, it doesn’t seem like its deterring folks from the mining industry as much as outsiders. If you are interested in learning more, be sure to RSVP for my conference call with the SCMP reporter who broke the story on Bitmain this upcoming Thursday. Scroll all the way to the bottom