The Rise of the “Cloud Mining” Business 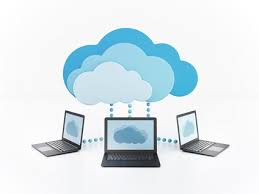 Article of the week: Every week we pick an interesting article on the trends in the market in Asia and highlighted here.

The rapid pull-up and plunge have made cryptocurrency leading by Bitcoin once again become the focus of the market.

However, no matter how the cryptocurrency market fluctuates, the “cloud mining” business of the mining industry seems to be thriving.

If you want to invest in bitcoin mining without the hassle of managing your own hardware, there is an alternative. You can use the cloud to earn your coins.

It is equivalent to purchasing an investment product with a profit expectation. As the price of cryptocurrency rises, users can recover the cost and earn growth income in a short period of time.

This kind of leasing power investment method goes well in bull market but apparently doesn’t underperform in a bear market. Lei Geng from Rawpool said that even if Bitcoin prices goes to $3,700, cloud mining can still make money.

However, as a kind of business based on physical mining machines, cloud mining has somewhat affiliation with speculation and pyramid schemes.

At present, there are many platforms providing cloud mining products on the market, including Oxbtc, Bitcoin.com mining pool, Clouding Family, 58coin, and HC.top. Moreover, Bitdeer of Bitmain is also targeting this market.

On the Bitdeer website, it is noted that cloud mining contract products with periods of 120, 180, 240 and 360 days are provided. For the users, purchasing the cloud hash contracts means paying the hash fee and the electricity fee. The hash fee is the rental fee. The electricity fee includes the operation fee, the operation and maintenance of the mining machine, and the heat treatment.

According to $0.2961/T/day——the theoretical gain of Bitcoin at the BTC.com pool, this cloud hash contract will generate $2,665 in 180 days. In other words, users can earn a net profit of $1,174 within 180 days, getting their money back for no more than 100 days with a yield close to 80%. Of course, if bitcoin prices continue to rise sharply, this theoretical gain will be higher.

Xuejian Li , founder and CEO of Rawpool?calculated that miners can make the money back in one and a half years under the price of Bitcoin is $3,700 if the mining difficulty is 5.7T in January 2019 and the reference electricity fee is 0.37 yuan / kWh,.

Lei Geng explained: “The logic behind mining is very complicated. You need to calculate what machine to dig, how much it will cost, how much the electricity will cost, etc. In all costs, the price of electricity accounts for more than 80%.”

There is no doubt that mining can make money from the very beginning. It’s just a question of how much money can be made.

How can we identify the fake cloud mining products from the getgo and manage risk?

The money-making effect of cloud mining has attracted a large number of newcomers to enter the market, and many of them even previously worked in the P2P industry.

Lei Geng said: “While the platform supported by the physical mining machine is reliable, the latter just borrows the concept of cloud mining, and is very risky.” She points out that these enterprises will give users a year of promised income, but the user is not clear about how the money is used. People with conscience will do quantitative transactions, while people without it will just give up.

There are the same “disclaimers” agreement on all cloud mining platforms. These terms state that if the mining revenue on the day is not enough to deduct the maintenance fee, the hash contract will be automatically terminated. If there are irresistible reasons such as changed legal policy, war, earthquake, fire and power failure, the contract will be terminated early and the platform will not bear liability.

Under this agreement, if a platform does fraudulent business, it will definitely become a game of getting something for nothing.

An industry lawyer told ChainDD that if the platform does not intend to give users digital currency from the beginning, and aims for illegal possession, with madeup facts and stealing money, it can be considered as “suspected fraud”, which is very clear illegal,

However, for the cloud mining platform with physical mining support, although there is no original intention to defraud money, the risk is not minimal either.

The mining machine is an eternal topic in the mining circle, because the cost price of electricity should be monitored. The Middle East, Russia and other places have become the ideal locations for mine owners.

But things are not as smooth as people think. Based on the principle of government protection?many countries will not easily contribute energy resources such as electricity bills to “outsiders” as soon as knowing that mining is a profit-making business. In addition, even if the mine owner signs an electricity fees agreement with the local government, it does not rule out the occurrence of power outages and network disconnection caused by some human factors. In some countries where the political situation is turbulent, it is also happening from time to time that you are robbed by local people who are armed with bullets.

Mining machines, such as electronic devices, have been listed as banned imports by many countries. According to Lei Geng, Iran has become popular site of mines at the beginning of this year because of the cheap electricity fee. However, people are unclear about mining overseas. The mining machines that go out through normal channels are detained in the customs, so those channels don’t work.

Therefore, for the cloud mining platforms deployed by the mining machine overseas, the future is uncertain.

In the current market, everyone in the industry is looking for returns. Nevertheless, there is very little investor or user proctection.

Users only need to register and log in with their mobile phone numbers to participate in the subscription of cloud mining products. The product may become invalid as a result of the automatic withdrawal of the contract expiration, or because the contract is terminated early due to the fall of the currency price.

” There are only payment terms and no protection clauses in terms of many cloud mining platforms, which is a speculative act without a protection mechanism.” Lei Geng points out that there are very few real cloud mining businesses that do well and are not platforms to scam people’s money.

Even in unexpected situations such as power outages or network disconnection, the cloud mining platform should have sufficient resources and capabilities to supplement the lost mining power. However, they can’t always guarantee it.