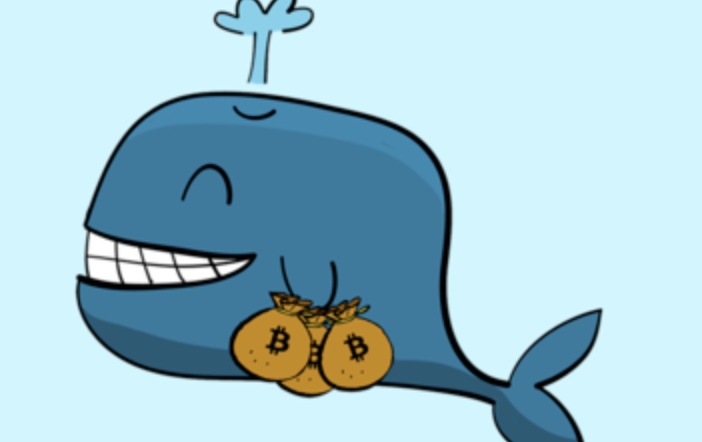 When I came back from my trip in Taipei at Asia Blockchain Summit 2 weeks ago, one of my main takeaways was that crypto. whales. are. back.

Even when you are a technologist entering this space, note that the types of people that are really impacting the crypto market, the puppet masters behind this industry, are the people who hold the capital. Hundreds of millions of dollars are being poured into entrepreneurs around the world to build on this technology, but underlying it all are just a few money sources that are driving this industry forward.

Most people discount or ignore this, but the fact of the matter is that the most influential players in the industry are the whales and the exchanges. To put simply, whales have the money, while exchanges help them move the money around.

The more time I spend in the crypto markets, the more I realized that it’s an awkward dance between whales, exchanges and retail. Retail investors probably make up over 95% of the total population in the space, but 95% of the money is actually held by the rest of the 5% whales.

At Taipei, we saw these whales back in the game, trying to figure out new ways to make money and take profit. Additionally, they have stronger desires than ever before to exert global influence. They want to influence policies in North America, they want to influence the roadmap of upcoming projects, they want to be the top validators for protocols with their staking+mining+exchange+wallet setup, and they want to do bigger things in the crypto ecosystem that they previously didn’t have a regard for.

And this trend isn’t changing anytime soon. Only when we have standardized regulations around the world, larger institutions entering into this space, would we gradually see a more “balanced” market.

Exchanges at the moment have more incentive to work with whales and large institutions who will generate large trades and more volume with them, and often they are at crossroads between what their large customers want and what they should be doing.

So perhaps slightly improved from a few years ago, but won’t likely improve significantly in the next 3 years, the crypto market has become a game of who has more capital. Funds are all trying to compete to increase their AUM despite not having that many compelling prospects to invest in. Custody solutions, along with retail-oriented players such as wallets and smaller exchanges are working hard and competing to accumulate assets from their prospective customers. Sometimes wallets would then take these customers’ assets and trade them on the exchanges to make money because it’s still so hard to make money when your managed assets are so few.

Despite the ongoing Libra hearings and the potential for Facebook to reach and bring 2billion people into the crypto industry, what we have to realize is that even when these people do enter the spacee, they may be subjected to the influence of a whale-driven market until we have real, significant institutional capital coming into space, and that needs to be from all over the world.

Nevertheless, I don’t think this means that you can’t make money if you are not an exchange or a whale in crypto. Businesses can do several things: