5 Key Takeaways on Globalization from CEO of Makerdao; “The Bitcoin price is entirely based on a relatively small number of centralized exchanges, mostly out of China and the US” 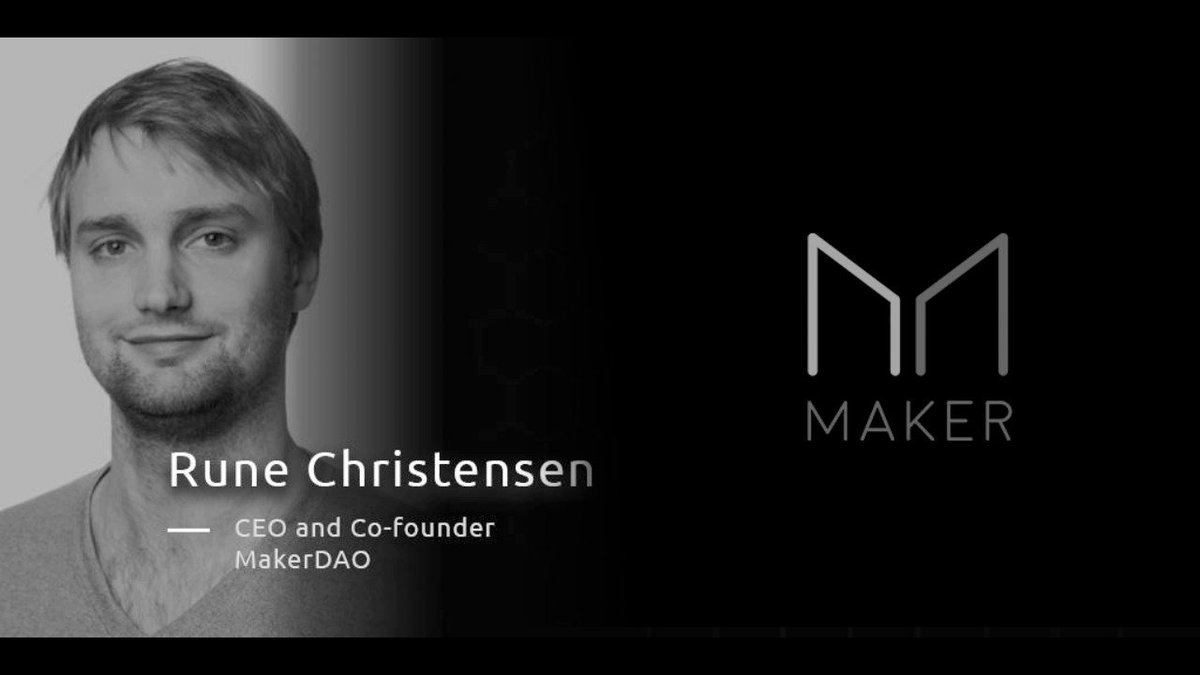 Most recently, Global Coin Research went through the interview The Spartan Group had with Rune Christensen, the CEO of MakerDao on the newly launched Multi-collateral Dai. Here are our 5 primary key takeaways from the interview on Dai focusing on diversification and building a global presence.

The full interview can be found on Apple Podcasts, Spotify or any podcasting app under “Blockcrunch”.

Makerdao: Bitcoin is Reliant on a Deversified Centralized Infrastructure

When talking about the future of defi and asked about whether permissioned assets compromise decentralization, Rune responds:

For instance, look at the structure of something like the Bitcoin markets, or the Ethereum markets. If you look at the way the Bitcoin market is structurally set up today or if you look at it from a regulatory perspective, what actually becomes clear is that Bitcoin is in a way completely reliant on centralized infrastructure. The Bitcoin price is entirely based on a relatively small number of centralized exchanges, mostly out of China and the US.”

Effectively all of the fiat-bitcoin or fiat-ether trading happens on these types of centralized trading platforms, and some of them are becoming more regulated. Many of them have close relationships to regulators in many different countries, and they all have their own KYC policies and what not.

So in many ways, Bitcoin derives its value partly from centralized infrastructure. It really isn’t much different from offering different types of real-world collateral that may be permissioned assets. The reason why this isn’t a big problem is because even though Bitcoin does benefit from centralized exchanges, there are many of them.

And so ultimately because Bitcoin has this diversification of its centralized infrastructure, in effect, it is decentralized and that’s the same thing that we have to achieve with Dai. So we have to make sure that even if Dai is dependent on things like tokenized securities that’s regulated by the SEC, or it’s dependent on tokenized commodity that’s based out of Singapore, the key principle is there’s never a critical amount of reliance on a single regulator, a single custodian or a single jurisdiction.“

Globalization: The Benefit of Dai over Bitcoin on Diversification

Rune adds that “Dai may even have advantages over Bitcoin on the reliance front. Today, maybe not everyone thinks it’s desirable that Bitcoin is mainly reliant on miners and exchanges in China and the US, but there’s no easy way to change that. That’s just how it has happened organically.

With collateral on Maker, governance can actually create guarantees such as capping US-tied permissioned collateral at 5%, or capping each continent’s exposure to 10% for any permissioned assets.”

Jason, the host, asked a great question about the company Kava, which is building a replica MCD on Cosmos. Rune emphasized on the importance of ETH:

“I think that also has a very interesting avenue of new collateral. I don’t think it’s anywhere near as critically important as our current updates because when it comes to a solid decentralized collateral, I think ETH is king. The only thing that can come close to ETH in terms of its importance is of course Bitcoin”

When asked about Dai vs China’s digital currency, Rune clarifies:  “the impact of centralized stablecoins will always be much less than a decentralized monetary system — so you can’t really compare them. The problem with a centralized stablecoin is that it inherently will always be denominated in your regional or national currency. Centralized money and politics are so heavily intertwined that you see things like Europe coming out and saying, “No way, we’re not going to use America’s corporate stablecoins”.

For China, they’re pushing on with their own centralized stablecoin to counter Libra, and Libra even tried to use the argument that the Chinese launching their stablecoin is a sign that Americans should be allowed to get on with theirs.

If customers pick your stablecoin, it’s because they trust you to keep their money safe, just like when you pick a bank to deposit your money into. There’s always going to be preferences between people — maybe they trust the Chinese government, but they don’t trust Facebook or the other way round.

As long as the element of trust is there, there’s going to be so much fragmentation. Couple that with the political aspect — where you have these geopolitical fights over who gets to control which money in different areas. I just think we will definitely end up in a world where there’s going to be tons and tons of centralized stablecoins, and they’re going to be very heavily regulated and they’re going to be, to a certain extent, promoted by the authorities that control them.

There’s also going to be elements of like protectionism in place to prevent foreign authorities from encroaching on the sovereignty of a particular nation through their money. I’ve actually spoken to a lot of bankers from the top central banks around the world that are considering this very issue, and it’s almost looking like it will be a bit of an arms race. The opinion that I very often hear is that they actually all think that Dai is a superior model.

This is particularly true when you are a small country. You’ve already been dealing with centuries of getting pushed around by the big countries. So chances are it’s not going to be very attractive to again hand over your monetary sovereignty to one of these big countries during the digital currency arms race, and that’s why Dai is an appealing alternative to some of these central bankers because Dai is actual unbiased and carries no geopolitical connotations, because it’s a completely decentralized system and you have just as much say as everyone else.

There’s actually also another really interesting way that all of this fits together — Dai will probably be able to utilize many or most of these centralized stablecoins as collateral! I actually think there’s a good chance that in the future where every country has their own stablecoin, Dai would be very well positioned to be a bridge between them. So if you want to go from the Chinese stablecoin into Libra, there’s a good chance that the way you do that is by going into Dai. There are pairs into Dai that are going to be extremely liquid because people will use them as collateral and that will give market makers access to extremely cheap Inventory management.”

Dai Distribution vs That of Libra or Tencent

Rune emphasized that Dai’s neutrality has enforced an open mindset and would foster explosive innovation. For example, he explains:

“The advantage that DeFi has over established players is that DeFi is a neutral and unbiased playing field where anyone can build. Versus if you look at something like Facebook, or Tencent, or any of the tech giants — they have their established ecosystems and the lines are already drawn around who’s working together with who and who’s competing with who. Whereas for DeFi, we have this chance to just create a completely new clean slate, where everyone can collaborate and work together because of the permissionless nature. This creates conditions for explosive innovation.”

This interview was great overall, and we encourage our readers to checkout the whole post on medium here.