Interview with Tokenlon- ImToken’s Mobile Relayer; With Exciting 2020 Year Ahead 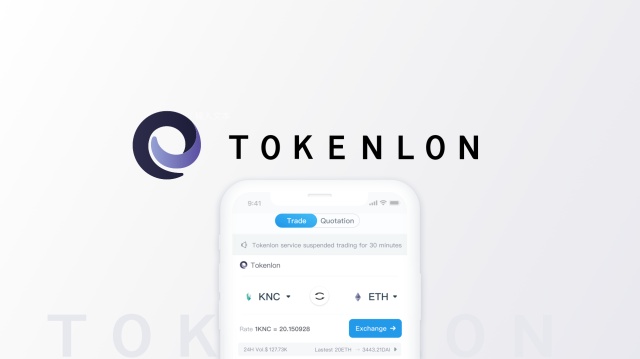 This interview with Tokenlon team shares the latest updates on Tokenlon. The Tokenlon team talks about the inception of Tokenlon, Tokenlon’s growth thus far and the team’s roadmap for 2020.

This interview initially appeared on the 0x November Update.

Interview with the Tokenlon team

Tokenlon is a mobile relayer embedded in the imToken app. It consistently ranks as one of the most popular decentralized exchanges in the Ethereum ecosystem. I sat down with their team to discuss their business and a new product called Instant that allows traders to easily swap tokens through a web interface.

Tell us about Tokenlon. Why did you initially create the product? How does Tokenlon work under the hood? How does it relate to imToken?

Tokenlon is a decentralized exchange powered by 0x protocol. It aims to offer a seamless trading experience with competitive rates to bring decentralized liquidity to the masses. Tokenlon was incubated by the imToken team back in April 2018 and recently became a standalone team to expand its scope. The reason why we decided to offer a decentralized trading experience that early is we believe DEX will become necessary infrastructure for the tokenization manifesto, benefiting the crypto economy as a whole.

When Tokenlon was first launched in 2018, it offered two native decentralized trading options within the imToken wallet. One was a simple token swap experience powered by Kyber Network, and the other was a traditional order book relayer powered by 0x protocol. These two approaches both had their pros and cons. For example, the 0x one usually has very thin liquidity, but you get a guaranteed price if the order is fulfilled; and the Kyber one doesn’t require wETH, but can’t guarantee the settlement price.

After many user interviews and iterations, we finally come up with a new design, which is the current one you see, that brings the pros of both approaches and avoids the cons. Unlike many other 0x relayers, Tokenlon adopts a Request for Quotation model (RFQ) and offers a simple swap trading experience similar to that of Uniswap and Kyber. When you want to make a trade, Tokenlon will aggregate quotations from multiple professional market makers and match you with the best one off-chain. If you agree with the quote, then the trade will be settled by 0x protocol on-chain.

The best way to learn about it is to try it out by downloading the imToken app or visiting our newly launched web version here. If you are interested in learning more about the technical details, we have documentation here.

Thanks to the native integration with imToken, which serves millions of users, Tokenlon is in a unique position to have gained significant exposure since the very beginning. Within one month after the launch of the current version of Tokenlon in July, we were able to rank #1 amongst Ethereum DEXs by both volume and users, and has conistently ranked as one of the top 5 DEXs from then on. Tokenlon stats are highly correlated with the market sentiment in Asia.

You recently announced the launch of the web app version of Tokenlon. Congrats! How is the launch going so far?

We just closed our beta and launched the full web version today! Before the web version, Tokenlon was only available within the imToken mobile wallet. We have seen an organic adoption of the Tokenlon, so we thought it is a good time to expand our user base to other platforms.

Tokenlon also recently launched a new synthetic BTC token called imBTC. Why did you decide to create this asset and what are the advantages of your implementation over alternatives?

Good question. We believe there is a big potential for bringing Bitcoin’s liquidity to the Ethereum ecosystem. For example, billions of dollars worth of BTC are traded every day, while all the decentralized exchanges on Ethereum have less than 10m dollars of volume altogether.

After talking to users and looking into existing solutions, we believe two obstacles are preventing greater adoption. With existing solutions, it is extremely hard for end-users to convert BTC to an ERC-20 bitcoin token. And users are not well motivated to hold or use the ERC-20 version. So we thought we could experiment with a new solution and see how it goes.

To address these two issues, we did the following:

We launched imBTC just 5 weeks ago and 148.3 imBTC has already been minted with 549 holders. If you are interested in verifying the balances on both chains,

There are many exciting things in our pipeline, and we wish we could have more resources to start working on them early. Below are the four key milestones we want to achieve in 2020:

DeFi has been the Ethereum ecosystem’s fastest-growing vertical over the past year. How does the US DeFi community differ from the Asia-based DeFi community?

Recent growth in DeFi is very encouraging and it is the most discussed topic in the Asia Ethereum community as well. From our observation, the Asia DeFi community is different in many ways.

One thing we have noticed is the acceptance of USDT in Asian communities. For example, on Tokenlon, USDT-ETH is the most popular pair that contributes to the majority of our volume, whereas DAI-ETH is probably the most popular pair among US DEX users. Another major difference is that users in the east tend to use DeFi applications on their smartphones instead of a desktop browser. So I would recommend any DeFi team to make their website mobile-friendly if they want to enter the Asia market.