Lending Market in China: Miners Are Not Giving Up So Easily Post “Black Friday” 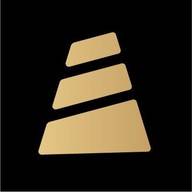 Most recently, Babel CEO Flex Wang was interviewed in Chinese on his take on the March 12th crash. Flex gave an overview of what happened to the market then, specifically with regards to the lending markets and the miners.

Here we have summarized the takeaways for our readers for a quick recap of the comments that Wang has made: