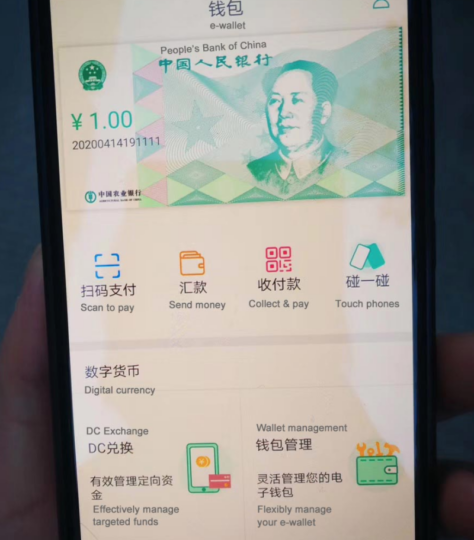 While the rest of the world is still staying home and still suffering the impact of Covid-19, China is quick to act on its central bank digital currency plan. This articles shares how the regulators are piloting China’s digital currency in a number of cities in China, and how small pilots in the next few months will scale to trillions of transactions.

How is DC/EP Being Distributed?

According to China Star Market news yesterday, the top four China has begun testing digital currency/electronic payment initiatives (DC/EP) internally. China’s big four state-owned banks, in order of asset size, are the Industrial & Commercial Bank of China, the China Construction Bank, the Agricultural Bank of China, and the Bank of China. At the moment, the pilot test is only open to Shenzhen, Xiong’an, Chengdu, and Suzhou, four large cities in China.

It is expected that the central bank’s digital currency will be officially launched within this year, and in the medium- and long-term, transaction volume is expected to reach trillions.

Xiangcheng District, Suzhou Province is an important pilot area and one of the first testing sites for the DC / EP. The city is cooperating with the central bank to promote the pilot work of digital currency and here is how the DC/EP will be rolled out:

Are Chinese Citizens Bullish or Bearish?

While this demand to have everyone to have a digital wallet seems daunting to many technologically-challenged folks, it is important to note that electronic money has already become the de facto way of payment in China with the onset of Alipay and Wechat. Downloading another digital wallet may seem cumbersome, but it’s certainly very doable for the citizens.

An analyst from Anxin Securities believes that the issuance of the central bank’s digital currency will inevitably bring disruptive changes to the existing financial market and create new business opportunities: “It is conducive to the internationalization of the renminbi, which is a spillover effect and worth looking forward to in the future.”

Otherwise, it is interesting to note that there has not been any strong reactions from the citizens on Chinese social media, perhaps partially due to the small scale of the pilot rollout, and also the fact that they are already accustomed to electronic payments with Alipay and Wechat pay.

In fact, according to a reporter from the China Star Market news, “the actual application scenario of the DC / EP is not much different from Alipay and WeChat. One standout is that consumers can clearly feel the difference in payment channels.”

State-Own Banks To Gain From Rollout

What stands out here is the mandate for all employees to have a bank account with one of the state-own banks. While the majority Chinese citizens already have an account with these banks, this attempt to introduce DC / EP by the central bank seems to capture the outliers, and also increase the citizens’ stickiness to these top banks.

This confirms our point addressed in the recent post “7 things you probably didn’t know about China’s digital currency” –the DCEP is looking to return the financial power back to the banks in China.

During a prior announcement, the deputy director of China’s central bank specified that PBoC would rely on Chinese commercial banks to be the conversion agency, helping to convert cash in circulation into the PBoC-backed digital currency, and vice versa.

By designating Chinese banks as the conversion agency, the PBoC is enabling them to regain the channel through which they could capture and analyze customers’ transaction data.

In the past, “Commercial banks have been disadvantaged in competing for mobile payment businesses because the big data related to the end-users’ payment and online behavior has been captured by Alipay and WeChat Pay. But with their new role under the PBOC’s digital currency initiative, I expect banks to form their own platform and network on big data,” said Hui, a professor at the Hong Kong University of Science and Technology.

While the largest banks in China are mostly state-owned and are relatively more advanced than banks in the states, they still lag the tech conglomerates that have entered fintech in the last decade. Some banks that are early movers in retail banking will likely benefit more from the digital currency project than others.

“Those that are more aggressive in mobile banking, such as China Merchants Bank and Ping An Bank, could be keen to work with the PBoC and support this digital currency project.”

By designating banks as the agent to convert between the PBoC digital currency and fiat money, then banks could use their own internet banking services to retain cash held by individuals and merchants and ultimately, turn them into banks’ deposits.

At present, the central bank has not released relevant information on exactly when and the scale in which digital currencies will be applied.

But it’s important to examine the existing data available. On February 21, Alipay applied for a patent focused on the whole stack of digital currency payments-  transaction and execution method, and physical device setup. Since then, Alipay has disclosed five additional patents related to the central bank’s digital currency.

It appears Alipay contributed significantly to the issuance of the currency, ranging from technology development, issuance, payment methods, payment channels, equipment research to the development of the digital currency.

More interestingly, in the introduction of its patent application on February 21, Alipay suggested that it was likely receiving the same issuing status as the aforementioned commercial banks, stating that  “Alipay is likely to participate in the secondary issuance of central bank digital currency.”

While we await the results from the pilot testing sites, it is worth noting that we may continue to see these small scale rollouts taking place around the country for the next couple of months. Once Alipay gest the green light, it is evident that the scale of the deployment can increase very rapidly.

Lastly, it is important to emphasize, as we mentioned before, that regulators in China recognize that its digital currency is not the same as Bitcoin and other cryptocurrencies. The biggest distinction for DC/EP is that it has traceability, encryption, and supervision.

For the central bank, these characteristics can improve financial legality, identification, and risk management for institutions or individuals. Additionally, financial fraud, embezzlement of funds, and other illegal activities will be difficult to escape through electronic tracking.