Supply Chains in Chaos: The Coronavirus Impact on Bitcoin Mining 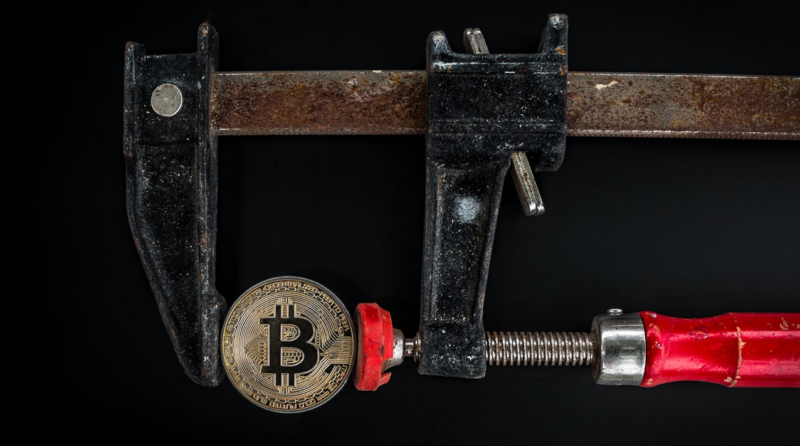 This is a contributing article from SFOX.

With the coronavirus pandemic ongoing, the world is on lockdown.

The crypto market has remained volatile, but there’s more at stake than prices: the virus outbreak impacts fundamentals in a very significant way as well. The outbreak has severely disrupted global industry and supply chains, leading to major service interruptions throughout the Bitcoin mining industry. China, the world’s leading Bitcoin mining hub, has been affected the most to date.

With mining farms classified as “nonessential” by the government, maintenance on many farms has been impossible. Equally, the manufacture of ASIC mining chips and computer parts used to mine Bitcoin has been interrupted due to the global crisis.

Let’s take a look at the recent events surrounding the coronavirus outbreak and how they may have affected the Bitcoin mining industry as we approach the May 2020 halving event.

China was the first country to feel the impact of the pandemic. Chinese mining farms account for 65% of the Bitcoin hashrate, and the vast majority of mining hardware manufacturers are based in China. Most Chinese manufacturers, including world leaders Bitmain and Canaan, announced weeklong delays in February to comply with the Chinese government’s extension of the Lunar New Year holiday by a week, to February 10 — a measure aimed at viral containment.

Canaan Creative’s general manager, Kevin Shao, stated back in early February that there was a shortage of new mining machines due to the pandemic. PandaMiner COO Abe Yang confirmed this: “Not only us, most miner makers have been affected by the outbreak since their factories are based in cities like Dongguan and Shenzhen in Guangdong province,” Yang said, describing a halt to all production during the February lockdown. Guangdong Province is home to most of China’s mining manufacturers.

More recently, other nations have been affected. An SEC filing from controversial U.S. crypto mining company Riot Blockchain reveals the concerns the company has about the disruption to their supply chain:

Depending on the magnitude of such effects on our supply chain, shipments of parts for our existing miners, as well as any new miners we purchase, may be delayed. As our miners require repair or become obsolete and require replacement, our ability to obtain adequate replacements or repair parts from their manufacturer may therefore be hampered. Supply chain disruptions could therefore negatively impact our operations.

This could have unanticipated effects on the network activity and price action for Bitcoin and other cryptocurrencies, with risks now posed to Bitcoin nodes, mining farms, and developers.

The pandemic has led many to speculate that the pandemic was behind the March 2020 drop in the Bitcoin hashrate. However, as we’ll see, the impact of the pandemic is difficult to quantify.

Is the Coronavirus Impacting Bitcoin Hashrate and Difficulty?

Measuring the direct impact of the outbreak on the hashrate is complex because there are a number of factors at play, each of which has little historical precedent.

A large farm operated by major mining pool BTC.Top was shut down by the government on February 9 as part of coronavirus containment measures, with several more shutdowns to follow. In March 2020, the network hashrate saw the largest drop in nine years, falling over 40%.

Since then, the hashrate has recovered to levels relatively in line with those seen in January and February. However, the question remains: was the drop due to physical supply chain disruption in China, and could such a drop happen again in the future?

There are three major factors that could have affected the March hashrate:

CoinDesk reported on February 28 that mining firms and other blockchain companies throughout China were still facing problems due to the pandemic containment procedures. The nationwide containment measures had caused many mining firms to run with fewer or no maintenance staff.

Every single Bitcoin mining maintenance worker was ordered into quarantine during the lockdown in China, and it stands to reason that this could potentially impact the hashrate. In the absence of hard data indicating how many workers may have managed to access mining farms during lockdown, we cannot quantify the quarantine’s impact on the hashrate.

Typically, mining farms run 24/7, upgrading their equipment when profits permit, and sending malfunctioning equipment to the manufacturer for repair when necessary.

Mining is extremely competitive, with the struggle to use the latest equipment commonly referred to as an “arms race.” Mining operations that fall behind in that respect are at a clear disadvantage, and it’s fair to reason that the lack of access to hardware repair and upgrades during the lockdown may have affected many operations.

The hashrate may have dropped in March in part due to a disproportionate number of mining farms running older equipment, or malfunctioning equipment waiting for repair.

The fact that mining manufacturers like Bitmain and Canaan were forced to delay major shipments of newer, more efficient hardware means that difficulty did not increase as much as it would have during the February/March lockdown.

Mining also became a lot less profitable in March, and this may have caused some mining operations to collapse under heavy overhead costs.

Bitcoin flash-crashed on March 13 in concert with an alleged series of DDoS attacks against the BitMEX trading platform, interrupting services and triggering $700 million in liquidations. Mining operations reliant on the immediate sale of their mining rewards saw greatly diminished returns as prices sank from around $9,000 in early March to the $5,000 range for the following two weeks.

Shortly afterward, network difficulty tapered off to the lowest point since mid-January. Difficulty is adjusted every two weeks, giving it a delayed reaction to market-moving events.

The difficulty of mining one block rises in proportion to the hashpower currently being focused on the network. Fewer miners have been active on the network since the price drop. This may be a case of miner capitulation, as is common with a crash: when BTC’s price significantly drops, the thought goes, miners may reduce their activity in response.

Cointelegraph recently published an article in which Donnell Wright contended that miners would have no incentive to capitulate so close to the next halving — the thought being that miners may expect to see significant BTC price increases following the halving. However, not all operations can afford to mine at a major loss, and for those, capitulation is not optional.

All three of these factors may have played a role in the sharp drop in Bitcoin’s hashrate and difficulty. However, the flash crash is arguably the major factor among the three, with the most immediate correlation between the price drop and the drop in hashrate.

TradeBlock previously estimated that the post-halving break-even price to mine Bitcoin will be $12,000 –$15,000. The interruption in mining supply chains has actually benefited some of the miners who weathered the flash crash: lower difficulty means less competition, giving miners more time to operate and upgrade before being eclipsed by more advanced operations.

Wang Xin of MicroBT, the firm behind WhatsMiner, believes that the pandemic will inevitably impact the halving:

The coronavirus outbreak timespan overlaps with bitcoin’s halving event. The dual factors are apparently affecting the maintenance of mining equipment as well as the delivery of new miners. As such, the recovery of bitcoin’s hash rate growth will be delayed.

Slow growth in network difficulty means greater returns for miners already on the network, particularly with the shortage of mining rigs potentially limiting entry for new miners. Due to the all-time low in Bitcoin’s hashrate reached in March, the average block time rose from 10 minutes to 13 minutes for several days until difficulty readjusted. SFOX reached out to Bitcoin Core developers who confirmed that the halving may have been delayed by over a week because of the drop.

The disruption has been a wild card that could have completely reshuffled the macro view for Bitcoin and the halving. It may be worth re-evaluating any price models based on the halving with this potential delay in mind.

While the connection between the coronavirus and the price movements in the mainstream and decentralized financial markets may be worth keeping an eye on, the ongoing relationship between the outbreak and mining hardware supply chains is equally interesting.

The conditions surrounding the third halving, due at some point in May 2020, are unlike those of the previous halvings. Indeed, the current global economic situation is, in many regards, unprecedented. For those who are trading in today’s volatile and choppy cryptocurrency market, maintaining a bird’s-eye view of key data and performance metrics can be invaluable.

SFOX publishes the preeminent monthly analyses of the wider market, as well as detailed trading guides for seasoned traders and newcomers alike. Our platform allows traders to connect to all major exchanges from one point of access and automatically capture the best available crypto prices via our smart-routing order types. You can sign up for a free SFOX account here.