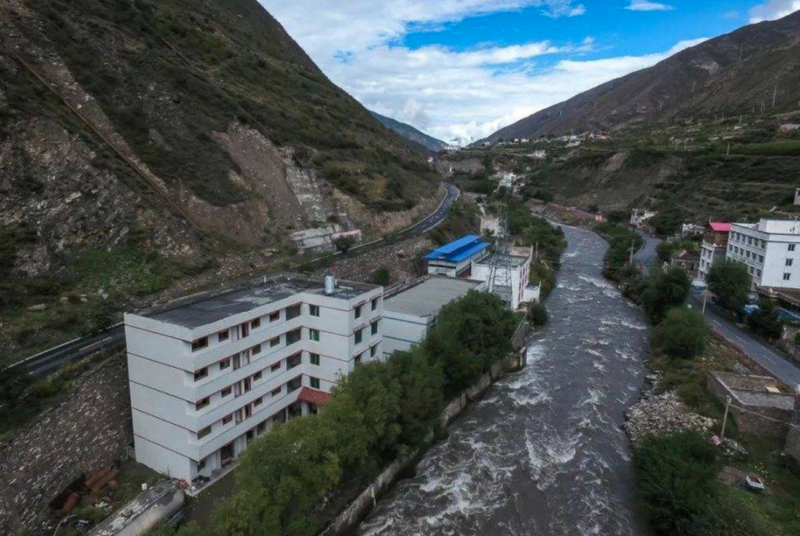 This is a contributing article from FundamentalLabs, a blockchain fund in China backed Binance, Coinbase and Canaan Creative. This article is written by Wenqing, Howard.

Crypto-mining is an important process to maintain POW crypto-currency’s blockchain running properly and safely. Miners spend electricity into mining rigs to contribute computation power to blockchain network in order to get crypto reward as incentivize. Operating crypto-mining in an industrial level requires stable and gigantic electricity supply while it generate consistent revenue and profit with no environmental pollution. Nowadays, many government-owned enterprises in western China are seeking of contract object with short investment cycle and high yield in ROI to mitigate debts pressure. Meanwhile, converting excess hydro-electricity capability into local revenue become a tangled task central government had drew clear “read line” for emission cut. Therefore, crypto-mining industry may become a favorable investment target for western local government-owned enterprises to invest. Recently, to cope with the COVID19 outbreak and its severe impact to the economy, we have seen western China’s local authorities are speeding up “legalizing” crypto mining.

Crypto is one of the most important application backed by cryptographic and blockchain technology in past decade. Bitcoin, as the most well-known one of its kind, earned wide public attention since it has been launched in 2009. There are hundreds of crypto currencies that have been issued and launched as an attempt to explore technology availability and new business positioning. Like all innovation stories in the history, doubts and fails are quite common, yet fractional few of lucky survivors successfully verified some important assumptions.

How does crypto-mining works?

To solve the consensus puzzle above, Satoshi Nakamoto (nobody knows if he is a real human or an organization), the creator of Bitcoin, came up with a consensus rule called POW (Proof-of-Work). According to Bitcoin Wiki: “A proof of work is a piece of data which is difficult (costly, time-consuming) to produce but easy for others to verify and which satisfies certain requirements.” Simply put, Bitcoin requires participants to solve difficult puzzles and submit answer into a public ledger, all past transactions are packed into blocks, the blocks will be verified and put into a series, this chain of ledger blocks aka blockchain. The process of this effort is called Bitcoin mining. By contributing computation power to complete this effort, miners will get crypto rewards as for block producing. This is how Bitcoin motivates participants to maintain the decentralized network.

Hash rate is the unit to measure computation power, even if someone is trying to submit false answer into blockchain, the submit attempt will be rejected as soon as other nodes are verified. Unless someone has 51% of the hash rate overwhelming whole network, it is not possible to override transaction information. Therefore, the higher hash rate obtained by blockchain; the higher safety gained by blockchain network.

What are the crypto-mining industry’s economic characteristics?

By the definition, the higher hash rate owned by miner to complete massive difficult and repeating puzzles; the more bitcoin or crypto in general rewarded. In coded consensus, Bitcoin constantly produces 1 block in every 10 mins regardless of how many hash rate contributed, and the reward of each block producing is same and deflates every 2.5 years (6.25 BTC per block ever since May12th,2020), that means the more fraction of hash rate you owned, the more Bitcoin you can get in any given time. To demonstrate the idea, here is the daily production of a miner:

To have more fraction of Bitcoin reward, miners are intensively competing against each other in hash rate. To understand the size of this industry, the annual electricity consumption of current Bitcoin is 58.46TWh while annual mining revenue is $3,137,833,645.

How does crypto mining industry support the local economy in western China?

China owns more than ¼ of hydroelectric plants capacity over global wide, not only because China owns sufficient nature hydro resources (big river-streams and lakes), but also because of long-term energy strategical planning since long time ago. Additionally, in top 10 world largest hydroelectric power plants, there are 4 of them located in western part of China. As most of the large size hydroelectric power capacity located in provinces of western China, electricity becomes one of the most important nature resources for western provinces.

Yet, central government still dominates energy distribution power in strategical level, local governments have to find right opportunity and political value proposition to take the cut from this big cake. All large size and most of the medium size hydroelectric plants are controlled by central government through state-owned enterprises. Every year, gigantic amount of electricity owned by these enterprises have been sent to eastern provinces, such as Guangdong, Shanghai.

On April 20, 2020, the city of Ya’an in the Sichuan province of China has published a document that encourages bitcoin mining and blockchain operations to use the region’s abundant hydropower stations. for the large amount of Bitcoin miners in China, these will be celebrated news. It’s likely that the Covid-19 outbreak and negative impact has changed the government’s position, encouraging bitcoin mining in the area during the wet season. To maximize yield of surplus electricity capability, central and provincial level governments both issued relevant policies to incentivize western local governments and enterprises to explore new ways to convert electricity into economical value.

Despite the National Development and Reform Commission (NDRC)’s statements last year, a two-part study revealed a number of publicly-traded Chinese firms participated in bitcoin mining operations. The city of Ya’an’s statements are totally different from the NDRC’s proposal and after the harsh reality of the coronavirus post-economy, it seems the Sichuan province is open for business when it comes to mining. A translation of the city of Ya’an’s says: “Blockchain companies should construct factories near power plants that have excessive power and are integrated with the State Grid,” the document notes. “For blockchain companies that use electricity privately generated from power plants (without integration to the State Grid) should be rectified in due time.”

The document notes that Ya’an’s officials want the Sichuan province to become a blockchain and crypto mining hub. Following the practice of Ya’an, its neighboring city Garze has also publicly showed support for the bitcoin mining industry on May 14th. The head of the Garze government said they would “take blockchain tech as fundamental and strategic project… increase the support for these blockchain companies on electricity, taxation and financial services…”. In reality?Sichuan has always been a popular area for mining with statistics showing the area accounting for 54% of all mining in the world (Morgan Stanley Research). This is because of Sichuan’s very low electricity prices during the wet season, which allows for large amounts of computing power.

Clearly, local governments like Sichuan in western China are beginning to see the huge benefits of mining on the economy. In the Coronavirus post economy, it seems digital will be the answer for China, especially following the announcement of the digital currency electronic payment (DCEP).
To fight against the uncertain future economy, we will see the crypto-mining industry become a new trend in western China, and the trend is increasing inevitably.