Leon Li, CEO of Huobi, and the History of Huobi (Part 1) 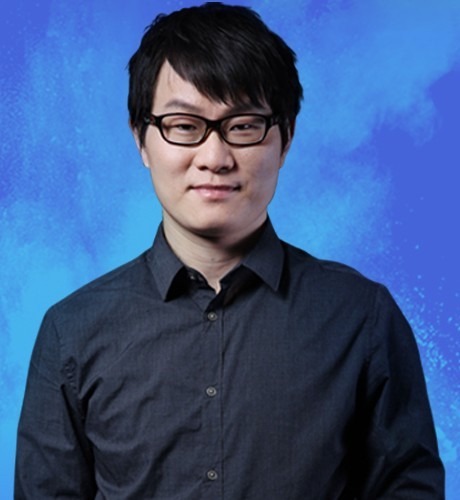 Can’t travel to Asia anymore due to Covid-19? Can’t have the meeting that you wanted any more?

This is part 1 of 5 on the history and background of Huobi, one of the top 3 crypto exchanges in the world. The article touches on when Li Ning, whos English name goes by Leon, the CEO of Huobi, had to take a leave of absence and the various challenges he took on in an attempt to recover the business when he came back.

Li told the Odaily reporter that he puts all his energy into three main areas: corporate strategy, management, and talent.

Inside the newly Zen-decorated office of Huobi, Li sits opposite the solid wood tea table, rubbing his temples.

Li, who rarely visits Beijing, has a tight schedule today: right before the interview with us, he was receiving a partner from Indonesia, and now newly arrived guests are already waiting outside, and fter that is the executive meeting that has previously been postponed repeatedly.

The intense itinerary may be the norm after Li returned.

In 2015, Huobi’s CEO Li had faded out from management due to personal health problems. “I feel that I couldn’t handle it anymore. I don’t want to hinder the company’s development, it’ll  be better to change it to someone else.”

“Why are you returning to Huobi?”

“Because the company has encountered some problems.”

After the comeback, Li started a major operation haul at Huobi, focusing on the core business, strengthening the middle and back office, adjusting the small peripheral departments, and strengthening internal risk control.

He asked all the departments to reorganize and to strictly enforce the newly enacted policies in the future. During this period, every penny spent at Huobi was approved by Li. Additionally, Li hopes that the culture of integrity and rigor can be implemented in the management level.

Now that Li has returned, has the problem of Huobi been solved?

“We haven’t completely solved the problem, but we have made great progress,” Li answered the Odaily reporter.

The repurchase/destruction amount of Huobi Tokens in the third quarter of this year increased by 70.6% compared with Q3 last year.

At Huobi’s Partner Conference in September, Li also publicly stated that Huobi has either obtained a compliance exchange license or established compliance team in various countries and regions around the world.

In terms of business performance, there have been good results in a number of core businesses after a year of revamp.

At the World Internet Conference on Sunday, Li revealed that Huobi has invested in more than 60 enterprises in the upstream and downstream of the crypto industry, hoping to help digitize real economies, to transform blockchain, and to improve operational efficiency.

When Huobi hit a brake, Li had to comeback

In 2018, Huobi experienced a rapid expansion phase: the team scaled from more than 300 people at the beginning of the year to more than 1,300 people in the second half of the year. The business, in the meanwhile,expanded from just an exchange to a global suite of trading business. There was Huobi Global, Huobi Korea, Huobi Japan; expanding into all facets of the blockchain business- including wallet, mining pool, investment arm, research institute, Huobi chat, Huobi news , Huobi public chain and other industries.

When the outside world saw the peak of Huobi’s business, there may have been many hidden issues.

In fact, Huobi grew too fast. When asked about the wrongest decision he ever made at the company, Li said that there were many wrong decisions, but there is no “most” wrong decision. But in the end, he said, “during the period of our strategic expansion, our strategy was too extensive, and our decision making step was too hasty, subsequently this led to the company to a lot of detours.”

At that time, the blockchain industry was in a bear market, and the trading volume and user activity of the exchanges were all declining. At the same time, as exchanges are the center of China’s blockchain industry, and takes on a very vital role that is very “close to the money”, various exchanges’ internal departments began to see signs of corruption and employee wrongdoing. As one of the leading trading platform, Huobi is no exception. As a result of its rapid expansion, the declining business volume and management issues became ever more apparent in the bear market.

The radical business expansion ended up distracting the employees and diluting the culture. And with the lack of strong management support, the development of each business was affected, which ultimately reflected in the company’s performance and market share.

Li had to come back.

He recently accepted an exclusive interview with the Chinese media publication, sharing the changes in Huobi since his comeback, the philosophy behind the layout of Huobi business, and the views of some of the cutting-edge businesses.

He told the reporter that he’s focusing on three main areas: corporate strategy, management, and talent.

In his words, there are two main changes in Huobi this year: focusing on core business and strengthening internal management.