The Legalization of Crypto-Mining in China – RelayNode China 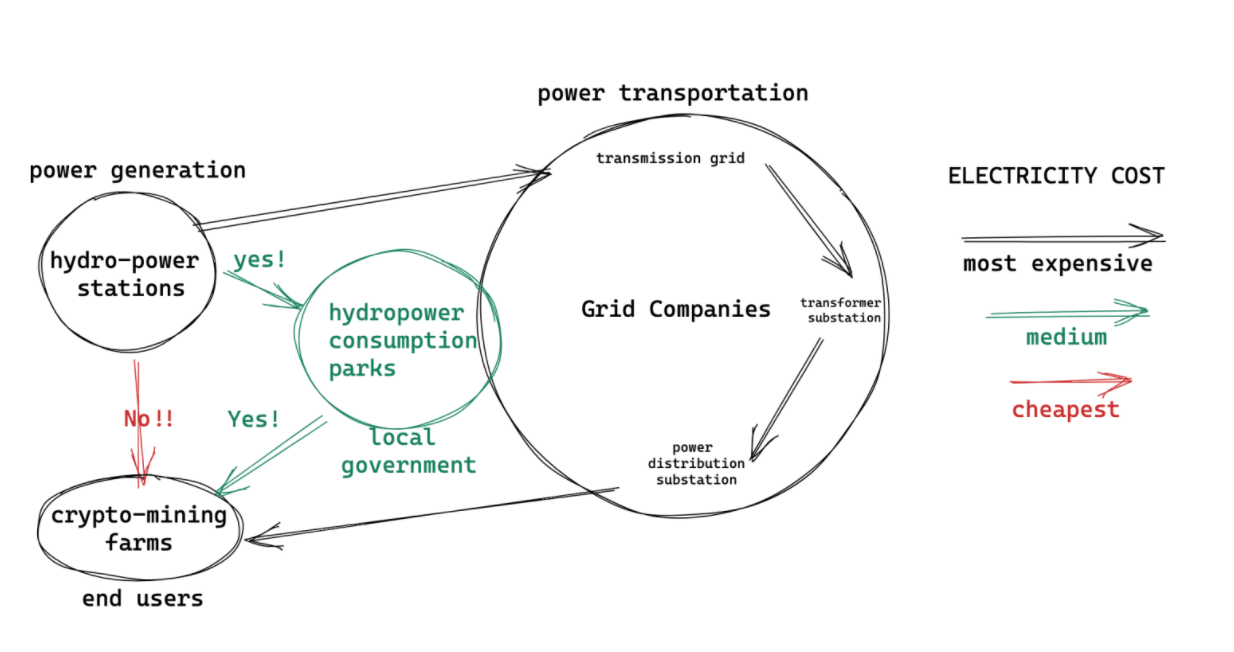 Hello, welcome to RelayNode China! China’s blockchain ecosystem is growing rapidly. We are aiming to share what local people are discussing and curious about and provide a weekly curated list of interesting content and upcoming (virtual) events. During this special period of time, please stay safe, healthy and informed 🙂

Bitcoin is made of hash power and the electricity cost accounts for a major part in creating it. Summer has been Chinese miners’ favorite season with cheap electricity in Southeast China. But this year, if there’s anything to worry about, in addition to the price fluctuation, it’s probably the “wavering” crypto-mining policies.

Recently there is news about some cities in Sichuan encouraging mining farms to enter hydropower consumption parks, and the other day some other cities saying they will crack down on mining farms. Why did those news seem so contradictory?

To clarify, currently China does not have a national-level policy to prohibit crypto mining since the National Development and Reform Commission (NDRC) removed mining from a list of activities to be eliminated in 2019, the recent news were more about compliance issues with electricity use by hydropower stations for crypto mining.

The direct, off-grid usage of electricity is not allowed to be traded at the level of national regulations. If you want to directly “pull the line” to sell electricity to end users, you must obtain prior approval from the regulators, and the technical solution of the power supply line must be approved by the grid companies to ensure dispatch of units and security of the grid.

However, there are many bitcoin mining farms built next to, or even within small hydropower stations to get around the regulation and to use the cheapest electricity they can find for crypto-mining.

Most of the small hydropower stations are located in remote and economically backward areas in Sichuan, of which bitcoin mining can utilize the otherwise wasted electricity (to simplify: hydropower is seasonal, not as stable as other power generation, building infrastructure is expensive, and there is certain level of power loss from grid transmission over long distance etc), as well as to increase tax income for local governments.

According to a report, about 20 billion kWh is used for crypto-mining in Sichuan in 2019, which is equivalent to 10% of the annual electricity sales of the grid power in Sichuan.

The main stakeholders involved are grid companies (power transportation), privately-owned hydropower stations (power generation), mining farms (end-users), and the policy maker is trying to make a balance so everyone gets a slice of the cake, as you can see from the diagram below (excuse my silly drawing):

The governments of the major hydropower-rich areas in Sichuan are promoting a centralized consumption of hydropower and the unification of the park’s electricity supply through the grid, and the “hydropower consumption parks” could provide cheaper electricity than daily use, although still a little more expensive than direct power supply, but the mining farms in the parks are in compliance.

We might see more of those “wavering” on news but certainly towards a direction of legalization, which is necessary as crypto-mining is growing into a recognized industry in China.