Leon Li, CEO of Huobi, and the History of Huobi (Part 2) 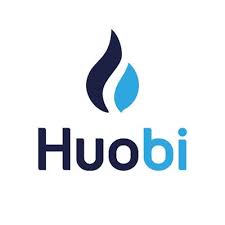 This is part 2 of 5 on the history and background of Huobi, one of the top 3 crypto exchanges in the world. The article touches on when Li Ning, whose English name goes by Leon, the CEO of Huobi, had to take a leave of absence and the various challenges he took on in an attempt to recover the business when he came back.

Returning to the core business and explore the boundaries

In a company letter to the whole Huobi staff in early 2019, Li pointed out that the overly ambitious and fast expansion of the company led to a lack of focus and clear executions.

The exchange business is the core of Huobi, and it is also the company’s “cash cow”. The decline in its performance during the bear market had a massive impact. Undoubtedly, Huobi needed to return to the core business and make clear of its focus.

Business adjustments are inevitable-the core business was strengthened, and peripheral businesses were reduced or even abandoned.

“The entire Huobi is a digital asset management platform.” The exchange business, including contract-based trading, has been significantly strengthened this year. Huobi has even introduced a fee reduction policy to compete for exchange users. Application businesses such as Huobi Chat has been abolished.”

According to third-party data, this year Huobi has achieved good results in its core businesses, such as its crypto to crypto trading and contract trading. According to Li’s personal WeChat public account in July, Huobi’s crypto to crypto trading volume has now achieved basically the same as that of other leading exchanges, taking over others leading exchanges occasionally.

A rapid front-end business expansion requires strong mid- and back-office support. ”We need to build the back-end capabilities for global expansion, including our research, marketing, administration, finance, etc. This is why we made a strategic decision to shrink the business last year because we found that we were not where we should be,” Huobi COO, Zhu Jiawei, has since been responsible for the management of the middle and back office of Huobi.

Li says that unlike the light-weight Bitfinex exchanges, the strategy of Huobi is to “build an ecosystem and ecology”. In addition to “focus on the core”, Huobi also needs to explore the boundary.

“Wallets and mining pools are all businesses that are adjacent to the exchange business, it increases the user’s stickiness.” According to Li, these are some basic businesses that should be developed by Huobi. There are still some that don’t need Huobi’s involvement, but the companies in the market have not executed very well, so we also want to try to do those.” Huobi news and Huobi public chains are such examples.

Li believes that rapid expansion brings management problems, and losing control will put the Huobi brand under great risk. “A lot of external people are not Huobi employees, but they are parading around Huobi’s brand, Huobi club, Huobi’s partners. They signed on some Huobi partners, who often are not full time employees of Huobi, but they are leveraging Huobi’s brand. This is the current issue with management.”

Perfecting the company’s infrastructure has become one of the key points of reform, and even causing some employees to have “slight discomfort” during this period.

After his return, setting up comprehensive rules and regulations were part of Li’s initial work. According to the employees of Huobi, Li has asked the various departments to write the duties, implementation procedures and rules and regulations of the departments. After the functional departments such as legal affairs, risk control, and administration reviewed them, Li will then review the whole thing.

This process lasted for about two months. During this period, the finance department needed to re-establish its rules and specify project budget standards at each level. The financial department will suspend any reviews before standards are finalized. Between that time, every dollar spent on Huobi was approved by Li.

After that, there was also a convergence on the external messaging in terms of the company’s marketing style. For example, in 2018, Huobi held a public chain leader election and set up a high profile “Huobi love” campaign. This year, it was the opposite with a conservative approach and the external messaging is strictly reviewed. In terms of external cooperation, the former Huobi Club (a partnership segment) establishment was also subdued.

“We are a financial enterprise, so we need to have a rigorous culture. Before we were not rigorously managed, but we were also in a high-risk industry, so we must be cautious.” Li hopes to use strict internal control to remind employees of Huobi’s position and the values ??such as “righteousness does not do evil.”