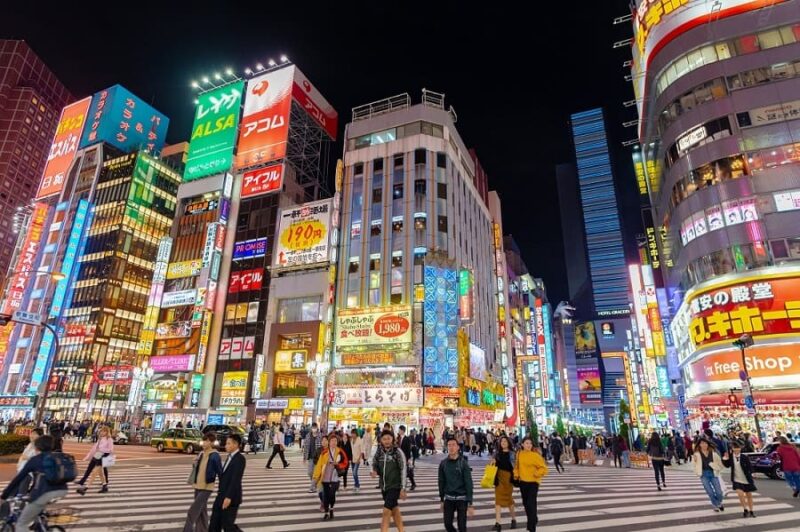 This is a contributing article from BitBank.

JVCEA halted releasing their monthly stats on the Japanese crypto market back in February, presumably due to operational difficulties caused by COVID-19. Last week, they finally released the data for up until this February — right when the coronavirus shock started to hit the wider financial market. So the data may not be up-to-date, but we are going to take a look at some trends and findings in the pre-COVID-19 Japanese crypto market in this post.

Japan’s Crypto Market Saw the fourth Biggest Growth this January: What to Expect in the Following Months?

Back in January this year, when the virus was still relatively contained, the crypto market was starting a new year with an optimistic outlook, with multiple halvings ahead and the escalating US-Iran situation bringing in a fresh inflow of money into the market. Bitcoin jumped approximately 30% this month, outperforming gold, which is a typical and more traditional safe haven asset, and bitcoin cash and MonaCoin gained roughly 80% and 100% respectively. As a result, this January saw the fourth biggest increase in the number of active accounts in Japan since the survey began. Even during the following month, when the effect of COVID-19 on the economy and wider financial market was starting to surface, the Japanese crypto market added 12k more accounts.

So, how will the numbers look like from the following months? As we know, March saw one of the biggest market turmoil in recent years, which erased two years worth of gains from major US stock indices (S&P 500, Dow Jones Industrial Average, and Nasdaq Composite) and sent the price of bitcoin below ¥480k (? $4400), but we also know from the previous post that this market crash actually triggered a new round of appetite for crypto assets in Japan and possibly elsewhere, as retail investors rushed to buy bitcoin at the dip before its halving.

On top of that, we believe lower interest rates and quantitative easing in historic scales by central banks of developed nations are making a pathway to bitcoin as incredulity towards the traditional financial system grows and investors try to hedge the risk of inflation, and also, generally, in this kind of situation, money loses its place to go. The last one may be the part of the reason why institutional money is coming to the crypto market and open interests at CME’s bitcoin futures have been on the rise since March.

These factors certainly helped bitcoin erase its March loss in April while others like XRP and bitcoin cash struggled to follow suit. So, factoring in halving, monetary easing, and actual performance of the crypto markets after the March crash, we can easily expect well above 1% or 1.5% monthly increase in the number of active accounts from March through May.

What Happened to XRP? Will it ever Reclaim its Throne?

Over the course of a little over a year, bitcoin has become the most dominant crypto asset in Japan (See Fig. 2), while the number of the coins held by users at exchanges has actually decreased over time. Meanwhile, XRP, the former champion of the Japanese crypto market, shed its market share quite significantly, while seeing 23% increase in user holdings back in 2019.

This ‘dethroning’ of XRP in Japan happened because the price of the coin has not been able to keep up with that of bitcoin since its price bottomed in January 2019. The disparity between bitcoin and XRP’s performances since then has been quite significant, as their prices changed 152.79% for the former, and — 16.81% for the latter, even though the monthly traded volume of XRP in the country recovered the January 2019 level in this February, while bitcoin failed to do so.

This implies that demand for XRP has been weaker compared to other crypto assets traded in Japan. This is somewhat understandable when we look back at the nature of market trends in the past year or so. The crypto market rally in 2019 was fueled partly by the ‘safe haven’ narrative associated with bitcoin, and the January 2020 rally was also due to a hedge against the geopolitical risk and expectation for multiple halvings scheduled in the spring (again, heavily related to bitcoin). Ethereum also recorded high monthly traded value but it historically has high correlation with bitcoin and it is expected to go through a major network update, Serenity, sometime during Q3 of this year. Therefore, in a way, the popular narratives that drove the market for the past year or so have not exactly been shedding strong lights on Ripple’s XRP.

So, what does it say about the future of XRP? We can certainly expect the demand for bitcoin to stay high as the world’s economy is in recovery (or still in downfall) from the coronavirus shock and the balance sheets of central banks keep expanding. But we can also expect XRP to build a solid ground in the ‘new normal’ of the COVID-19 era. As movements across borders are strictly limited, the demand for cross-border payments and remittances have an opportunity to grow. XRP’s issuer, Ripple, already has a scalable infrastructure to implement fast and cheap cross-border remittances, and its use cases are quietly growing in some parts of the world.

Yet, in the short term, the market’s attention will likely be kept hooked on bitcoin and Ethereum, because of the current global economic and financial situation, and the Serenity update coming up in the third quarter. Plus, in order for people to make remittances, the economy has to recover to some extent for them to make money in the first place. So, it may be a long road for XRP to reclaim the position of most dominant and popular crypto asset in Japan, but we could say its prospect for building solid use cases worldwide have actually increased.