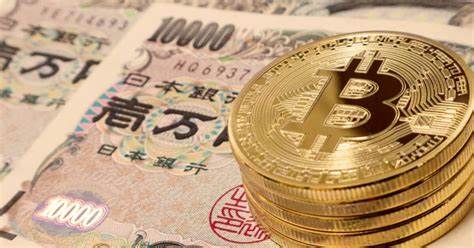 Spot Market Back on Track while Margin Tumbles

To our surprise, the Japanese crypto market experienced the very first decrease in the number of active spot trading accounts back in March. But it seems like the market is back on track. According to the Japan Virtual and Crypto assets Exchange Association, the Japanese spot crypto market added 13,987 active accounts back in April: up 0.96% from 1,450,828 in March, reaching its all time high (Fig. 1).

Back in April, the market started to show a major recovery as worlds’ central banks set out to implement quantitative easings of historic scale. Bitcoin, gold, and stock indices all rebounded amidst the beginning of the liquidity driven market.

However, interestingly, when we look at the number of active accounts for margin trading, the number decreased by 8.4%, which means almost 50k margin traders did not trade at all during April or had no outstanding balance at the end of the month. The reason behind the decrease is unclear, but the drop in the number of short positions alludes us to think that bears had to go through some struggle this month. Plus, the number of long positions could not recover the pre-COVID19 level either, so a lot of bulls might have been liquidated during March, which counts as a trade, and, given the riskier nature of margin trading compared to spot trading, did not come back in April — hence, the effect of the March market crash came a month later to the margin market than the spot market (Fig. 2).

All Eyes on Bitcoin?

Ripple’s XRP once accounted for about 40% of monthly traded value in the Japanese crypto market, but the dominance structure rapidly changed since the summer of 2019 as bitcoin rose above 80%. The spike in MonaCoin’s volume pushed bitcoin’s dominance below 70% once this February, but its dominance quickly recovered and marked 87.34% in April, while the rest of the coins’ dominance read about 5% or lower (Fig. 3).

Traded value represents actual value in JPY exchanged, so it is a more timely and possibly accurate metric to measure user interest and market size than user holdings at each exchange. In fact, users’ XRP and MonaCoin holdings (actual amount, not value in JPY) have actually kept an upward trend since the beginning of the JVCEA’s statistics (Fig. 4), but we already have established that the increase in user holdings does not necessarily translate to the increase in their prices, and in some cases, it even has an opposite effect.

So, with that in mind, it seems like Japanese investor’s overall interest in altcoins has been shrinking over time relative to their interests in bitcoin, and given the growth in the number of active accounts, the vast majority of the newer market participants in Japan, particularly since last summer, are likely to be interested only in bitcoin.