Why China’s Digital Currency will change the world 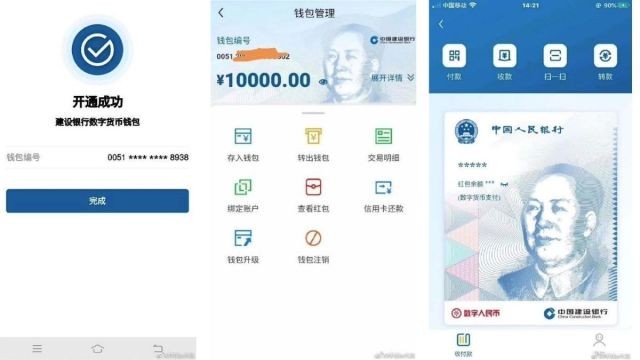 This is a contributing article written by Steven Suhadi.

With over 1.15 billion e-wallet users, China is the country with the biggest depth of experience in e-wallet and digital payments in the world. This reach has extended to many rural and underbanked communities adopting digital wallets as a form of new age bank, insurance and credit facility. Using digital wallets is now the norm not only in big cities, but also  through rural communities across China.

The collective knowledge gained from this presence is now being infused into the digital yuan, which features the revolutionary ability to conduct transactions without any internet connection.

If people are already using e-wallets and making digital payments, why does this seemingly simple evolution toward a digital yuan so game changing? And why will this change the world in China’s favour?

The answer becomes clear when we combine the roll out of the digital yuan with China’s one-belt one road strategy; which has seen China build key infrastructure like ports, bridges, roads etc in Central Asia, West Asia, Middle East, African, and European Countries ultimately to secure global supply chains to and from China.

These huge infrastructure projects ($160 billion in over 78 countries and international organizations) have seen China invest and more significantly, hand out loans to various countries. Among the recipients are many countries whom, given their current and projected GDP, are facing a payback period on the loans that may take decades if they are able to service the loan successfully for that long. This is even more of an uncertainty especially in light of the economic downturn countries are facing due to the pandemic.

This grasp on countries could offer China the perfect platform to ultimately export their digital yuan technology to their one-belt one road partner countries that may not have the ability or expertise. Instantly benefiting these countries that chose to adopt the technology by getting a robust system that allows:

Holding the underlying technology will clearly strengthen China’s global position and allow for:

China’s one belt one road initiative has put it in a strong position, and when combined with a digital yuan; China is clearly moving into a global check-mate position.

The realm of digital payments and cryptocurrencies which was once ostracized, stigmatized and thought as the realm of geeks and anarchists is now what governments need to study and embrace.

Other central banks need to aggressively catch up or risk being disrupted, by digital competitors from foreign countries or even corporations (such as Facebook’s Libra project)

Many have already realized that a digital currency future is inevitable and imminent, accelerated further due to the COVID19 pandemic. In the last couple of months alone The Thailand, United Kingdom, Philippines, Swiss and Japanese central banks along with Singapore (project Ubin) have demonstrated desire and progress in their quest to establish their own central bank digital currency (CBDC) , but many others are moving too slow or not at all.

With COVID19 taking the spotlight in 2020 and wreaking havoc on global economies, the digital yuan which is flying under the radar might end up having a longer and more tectonic impact on global markets.