Welcome to Ethermore — An emerging fantasy world built on community and blockchain. 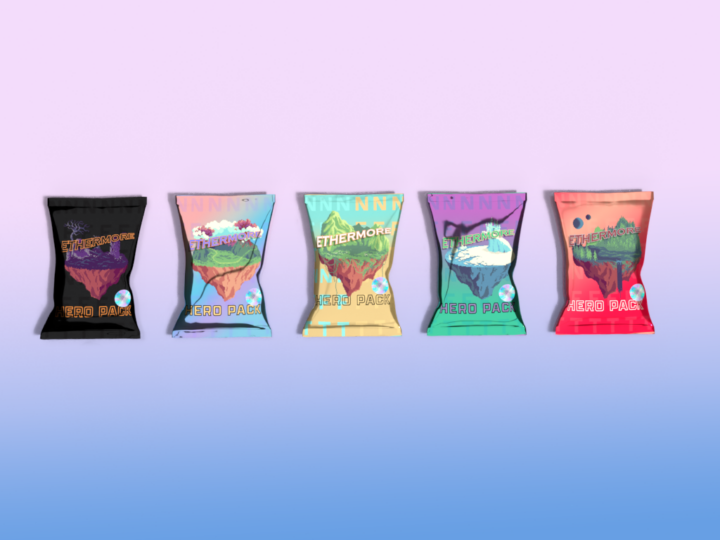 We are excited to announce the launch of a fantasy world, with community focus and classic fantasy at its core, backed by blockchain NFTs.

Ethermore arrives as a drop of 15,000 NFTs, each a unique procedurally generated fantasy character that will populate the founding community of Ethermore. A fantasy world that will be created by the community.

The world-building of Ethermore lore will then begin and evolve and expand, as written by the community of NFT holders.

Heroes’ stories and our community world-building will evolve off-chain in community discussion, writing, tabletop games and in the theater of our minds, before returning on-chain as Ethermore lore determined by the community, with voting.

Each and every Ethermore character is procedurally generated and unique. No two are alike. However, there are rarer traits within the population broken down by type, class, background, and artifacts. For example, there are more Humans than Half-Elf, and even rarer are Celestials. There are more Fighters than Wizards, but even fewer Sorcerers.

Each character will appeal differently to each collector. Value to the owner will be determined aesthetics, specific desirable traits, or implicit rarity.

Each character will have a type, a class, a background, and possibly start with a special artifact. There are even variants and sub-classes among the population.

There may also be some hidden quests, lore, and adventure hooks among the characters to begin the world-building.

The Art and Value.

Pixel art culture is the juncture between two eras: retro gaming origins and the beginning of a cypherpunk digital blockchain revolution.

The philosophy of both movements exploring what is possible on the frontier in new digital worlds. For many of us, pixel art is simple nostalgia and imaginary worlds.

To see the lesser blocks of a form, and let our imaginations fill in the details. Ethermore lives in the theater of our minds. The characters and the culture are the blocks.

“Truth is a matter of the imagination.” ? Ursula K. Le Guin

The value of art, money, NFTs or fantasy worlds for that matter, is whatever our collective imagination wants it to be. But the real value of these is in the subculture of the community.

We will foster grounds for the community roots of Ethermore to grow.

We have intentionally left Ethermore an imaginary blank canvas for us all to paint a story on. We have sprinkled the seeds of the people and the places to grow out of. To build a community around this collective creative experiment that starts in the theater of our minds and ends up on-chain cannon in the world of Ethermore.

Maybe someone in the community will write a beautiful backstory to the dusk elves, and we can make it lore.

Maybe someones Half-Orc Barbarian will die a glorious death in their home game, and they want their character imortalised. Perhaps we give them a warriors death and burn their NFT token (really?!….OK….), but airdrop them a ghost or a memorial token in their place.

Maybe some of our own are villains, and a campaign setting to take them down becomes a playable module.

Maybe an artist among us creates a map of the world of Ethermore and we build it out as Multiverse land that is purchasable and able to be experienced.

Maybe a game developer within the community wants to take a part of the world and characters and expand it. Go ahead, We wont stop you!

We are going to build this world out. Together.

Why participate in the drop?

Participating in the drop will allow you to fully own a hero of the Ethermore NFT collection, and be an early backer in the community.

Get in early. The sale of these NFTs will be on an increasing ramp schedule.

The earlier you purchase in the drop, the less ETH each NFT will cost. This rewards our early adopters. There will be a limit of 15 characters per transaction. The NFT you will mint will be random for fair and equal distribution. The mint will then occur and your Ethermore character will be revealed.

Just like in real life, you don’t get to choose who you are, this is the fun of randomness. You can then sell and buy desired characters on other secondary marketplaces as ERC-721 standard tokens in Etherium supported wallets. This will facilitate community interaction and welcome scarcity in the desired characters.

How to get involved