Is the Ultimate Meme Coin Getting Serious? Under the Hood of the Recent $DOGE Rally 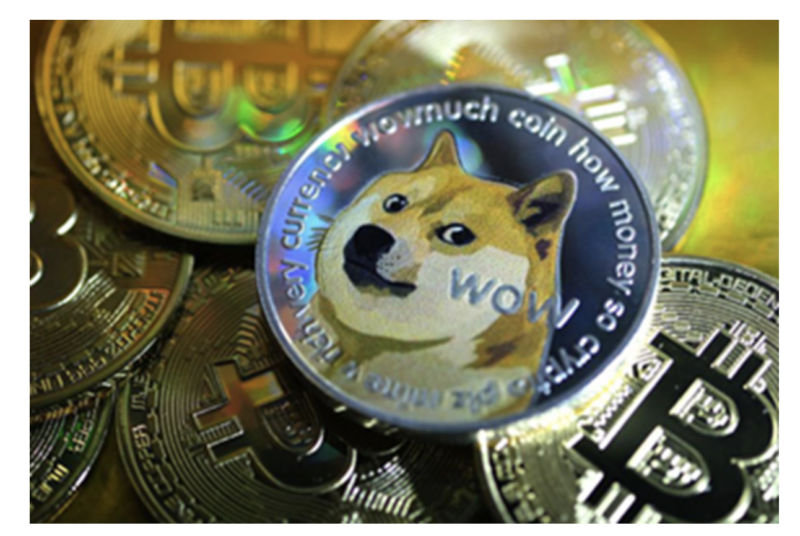 Our indepth analysis can be found here: https://tinyurl.com/bjzhdzxa

As of this writing, the value of $DOGE has increased by ~200% in the past 72 hours. For those who have been hodling $DOGE since 2020, this represents a 2,800% return YTD. What started as a meme coin in 2013, has gone through two major rallies this year with everyone from Redditors to Elon Musk backing its rallies at various points.

What is curious about this most recent rally is that it has surpassed all previous highs without the usual barrage of tweets from Elon Musk and without as much chatter on Reddit as in the Feb ’21 cycle. This begs the question: are existing $DOGE whales pumping the coin or are we starting to see genuine, distributed demand for this meme coin?

One of the biggest critiques of $DOGE is that its supply is unlimited which, in theory, could meaningfully dilute coin-holder value over time. However, the story is a little different when you look under the hood. Dogecoin currently has ~129B tokens in circulation. While the supply of $DOGE is unlimited, the annual increase in supply is estimated to be ~5B per year (10k $DOGE per block mined). This represents an inflation rate of ~4% per year, not too far from the 2–3% annual inflation of the US dollar.

So while $DOGE won’t be a store of value like Bitcoin, given $DOGE’s inflation rate, it could potentially be a medium of exchange. This begs the question: “Do people use $DOGE to transact anywhere?” The more the use cases (current or potential), the greater the potential demand.

For $DOGE, there currently aren’t a whole lot of tangible use cases, outside of tipping on certain websites. However, that does not mean that this couldn’t change, particularly given that $DOGE’s block time is significantly lower than peers such as Bitcoin.

As we have seen with Ethereum, even when there are faster and cheaper solutions available, people will flock to the network / protocol with the largest community. The only key risk with $DOGE from a utility standpoint is that there currently aren’t any engineers working actively on the platform to push upgrades etc., though such upgrades may not always be necessary for basic transactional utility.

$DOGE has historically been a relatively concentrated community, with the top holder holding 28% of the supply and the top 20 holding 51% of the supply. This begs the question of whether the most recent cycle was a pump by top holders, or whether there may be an organic community beginning to develop around $DOGE.

Who let the $DOGE out?

As is evidenced by the limited downside movement in $DOGE prices between the Feb ’21 spike and now, $DOGE holders have been hodling, which means that most natural supply had left the system before this most recent price spike. In such situations, it usually doesn’t take much demand to push the price up. The real question for this rally is whether the demand came from existing top holders pumping the price or whether it was organic.

To understand this, we began by pulling all large transactions (>10 million $DOGE) from the 36 hours between April 15th-16th, that marked the start of the rally.

To our surprise, the top 50 current token holders barely participated in this rally. In fact, they were net sellers (though not by much).

This was also confirmed by the fact that the top 100 holder weight over the total supply was left relatively unchanged by this rally.

The next question we had was: “Was this rally caused by new whales who may be trying to manipulate the market by pumping $DOGE?” Again, we were surprised to find that the top 10 buyers in this recent rally only account for ~16% of purchases (by volume) greater than 10M $DOGE.

Some have attributed this rise in price to the Coinbase listing, while others have attributed it to the single tweet that Elon Musk put out on April 15th. However, the fact that other major coins have not experienced a similar sustained rally after the Coinbase listing confirms that this is unlikely to have been a major contributor. It is also unlikely that Elon Musk’s tweet singlehandedly caused the price spike. Even the barrage of his tweets in Feb ’21 failed to cause such an effect. Ultimately, both of these factors may have played some role, but it is unclear exactly what caused this spike.

Unless existing whales have gone through the effort of creating various spurious accounts to bid up the price of $DOGE for a sustained period of time, the only two hypotheses that may hold meaningful value are: 1) a market-wide un-winding of short positions against historically “low quality coins” such as $XRP and $DOGE, or 2) the possibility that there may be some organic demand developing for $DOGE. If it is the latter, this could have some very interesting long-run implications.

Of course, until the supply of $DOGE becomes more distributed and more widespread, its fundamental value is still limited. However, the network of people beginning to hold $DOGE will be difficult to ignore if it sustains. Eventually, as Elon Musk would say, the most entertaining outcome may not be as unrealistic as we once thought.

No matter the eventual outcome, one thing is for sure: $DOGE is no longer a laughing matter.