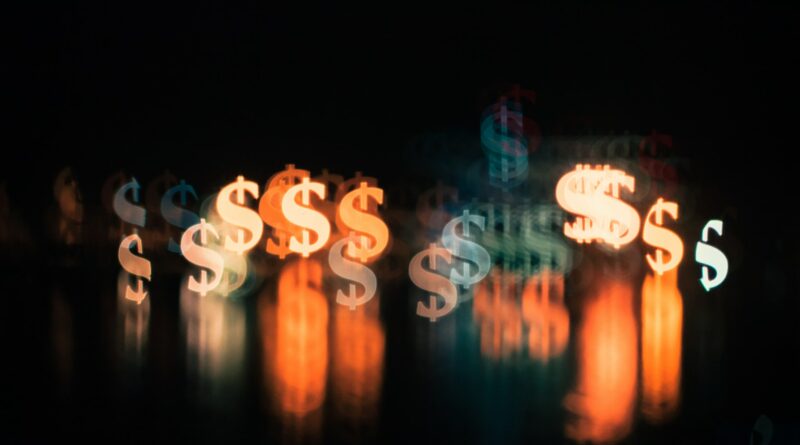 Bitcoin and other cryptocurrencies were created to provide a digital alternative to the current monetary system. The goal is to change the way we issue, store and transfer money. However, that is only the beginning. Money is only one of the many assets that exist in the financial world.

Blockchain technology has shaken up entire industries. From banking to gaming, the potential applications of this innovation seem to be endless. The realm of financial services is one such industry in which blockchain is taking over and turning heads.

Advantages of DeFi over Traditional Finance

The Decentralized Finance (DeFi) sector was created as a viable alternative to every financial service or application that exists today, including payments, insurance, savings, loans, and so forth. This nascent sector provides the same services traditional financial systems do.

However, it does so with no entry barriers or middlemen fees, removing the usual counterparty risk associated with financial transactions and settlements by automating these into smart contracts, which can be seen as a predefined set of rules agreed by two or more parties before being deployed on a blockchain network.

The automated and trustless nature of DeFi protocols eliminates the intermediary from multiparty transactions. For instance, lending protocols leverage these smart contracts to temporarily lock digital assets until specific conditions/terms are met. In this case, the staked tokens don’t need to move from the lender’s crypto wallet to the borrower’s.

DeFi is also democratizing traditional banking services. For a long time, bank customers have had no choice but to accept the conditions set by their financial institutions, including meaningless management and transfer fees. However, users can now control their own wealth and choose what to pay for and how their money is managed in the background. This puts an end to the infamous fractional reserve practices that have led to significant economic turbulence in the past

Furthermore, DeFi is also borderless and can unlock financial services for anyone that has access to a smartphone and internet connection. This provides a massive potential for adoption amongst the unbanked and underbanked population of the world while catapulting them into a new global economic system that was previously bordered by technological and regulatory roadblocks.

There are roughly unbanked 1.7 billion adults, although at least 60% of them have access to a mobile phone which can, in turn, provide access to financial services. DeFi applications are being developed with these demographics in mind, allowing them to interact with financial services seamlessly. With DeFi, anyone can create a wallet and begin lending, borrowing, trading, and more with a click of a button.

Data shows that the total value locked in DeFi apps has recently blown past the $130 billion mark, a significant milestone for the industry. There were less than $300 million worth locked in the DeFi economy in 2019. As the sectored flourished and gained traction, the Total Value Locked (TVL) figure grew to $1 billion back in early 2020, eventually hitting $4 billion by June.

Of these, MakerDAO takes the biggest slice of the cake, with a 16% dominance at $9.74 billion in total value locked, followed by Compound which locked $8.68 billion. As of this writing, Aave, Uniwap, and Curve Finance all make up the top 5 DeFi projects with varying amounts of value locked into each application.

This astounding growth indicates a continuous embrace of decentralized finance products both by the crypto community and the institutional world. The latter of which are beginning to realize the potential found in the use of blockchain and smart contract technology in financial applications.

That’s not all, however. The monthly volume of decentralized exchanges (DEX) has also skyrocketed from a mere $40 million back in 2019 to roughly $67 billion in the last 30 days, at the time of writing.

Digital asset management companies like HyperChain Capital are capitalizing on the growth of DeF. having recently acquired a stake in the Fantom ecosystem by purchasing $15 million worth of FTM, the platform’s native token, which has seen a massive surge in the volume settled within its blockchain network.

However, the applications of blockchain technology are not only confined to the strict world of financial services. Non-Fungible Token (NFT) are a perfect example of this. Blockchain-based gaming has also seen increasing adoption in recent months, propelled even further by the success of the DeFi industry.

In 20201, DeFi unicorns like Dapper Labs, a startup focusing on the applications of Non-Fungible Token (NFT) within the gaming and collectibles industry was able to raise $250 million in February at a valuation of roughly $2 billion. Since then, the company has generated nearly $100 million worth in NFT sales, showcasing the influence of DeFi application in the global finance stage.

The aforementioned metrics have caught the attention of traditional investors who now turn to groundbreaking investment opportunities in the digital word following the economic fallout of the COVID-19 pandemic. With the arrival of institutional investors, DeFi has attained higher liquidity and higher levels of stability/volume.

It seems like it is only a matter of time before more institutional investors ride the DeFi rollercoaster, a scenario that we’ve witnessed before with Bitcoin and other cryptocurrencies for which multiple ETPs and funds have been created throughout the years by companies like Grayscale and 21shares.

The DeFi sector has also gained further legitimacy with the launch of many indicative indexes for the actively traded digital assets, which help establish an industry standard for the market. MV Index Solutions, the index provider subsidiary of giant fund manager VanEck has recently teamed up with CryptoCompare, an independent data provider, to launch the MVIS CryptoCompare DeFi 20 Index.

While it is unclear how the Decentralized Finance sector will evolve from here, one thing seems certain, it is here to stay, one way or the other. The world of technological innovation is seemingly prone to repeated hype cycles, the latter of which can be seen in the fast-paced growth of the DeFi and NFT industries.

While there are many challenges ahead, including upcoming regulatory hurdles and security concerns, decentralized finance has showcased the power of decentralization when it comes to providing financial services that are cheaper, faster and easier to use then legacy models.