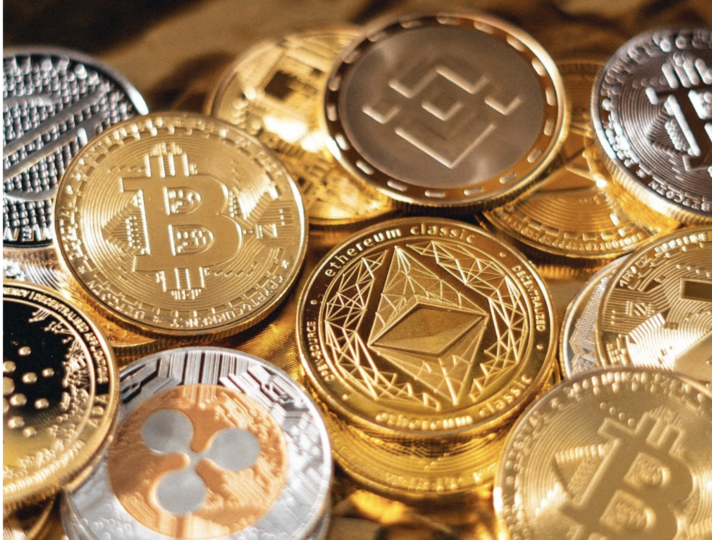 The Beginnings of Layer 2

Ethereum Layer 2. It is set to solve major issues that the Ethereum ecosystem faces right now, by providing cheaper fees and faster transactions- that is the value proposition. Those who follow the Ethereum developments closely, eagerly wait for major improvements of the Ethereum ecosystem, which are set to take Ethereum to another level, including Layer 2.

We have seen how the market has explosively adopted the Polygon/Matic scalability solution: the market needed one asap and Polygon has become the only market-ready solution at this crucial time. Everyone- from Aave to SushiSwap jumped to Polygon, announcing that from now on, the adoption of Layer 2 has come.

By rollups, we mean optimistic and zero-knowledge rollups: a form of scaling the transaction throughput by rolling up the transactions and sending them off to process to Layer 2. The market has been eagerly waiting for the mainnet launches of Arbitrum and Optimism that are developing optimistic rollup and of zkSync that are building zk rollup solutions.

On the 28th of May, Arbitrum launched its L2 mainnet to a select number of DeFi projects, leaving others eagerly waiting to jump on the ship.

Ethereum Layer 2 is a very attractive proposition. While Ethereum is a $46 billion value business, the stakes in L2 are a magnitude higher. Expect a tough competition within the next one- two years in the Layer 2 part of the Ethereum Disneyland, as Bankless has called it. With the opportunities that Layer 2 offers, the expectations are that a plethora of DeFi applications will rush to build on Ethereum Layer 2, comparing it to the gold rush in California.

Tokens as Incentives in DeFi

While the proposition of Ethereum Layer 2- cheaper fees and faster transactions than on the main chain- is attractive enough, the decentralized nature of Ethereum ecosystem has traditionally been using incentives for participation in the form of tokens.

Users are financially motivated and are shopping for yields by participating in revenue-generating liquidity provision. Also, the opportunity to participate in the governance of a protocol is an attractive and necessary element in the decentralized nature of Ethereum applications. DeFi protocols have successfully incentivized users in the form of tokens, some examples below:

dYdX has published a research piece comparing DeFI token models, in which it outlines that most DeFi token models are designed in such a way where token holders benefit proportionally to network usage and growth. Three distinct token models that have emerged in DeFi have been identified:

Tokens that have a cryptographically verifiable claim on fees generated by a DeFi protocol. Fee tokens can be valued on the basis of future cash flow.

Tokens that give a right to make proposals and vote on how the project’s underlying smart contracts function.

Tokens that act as backstops to a price peg that a DeFi protocol attempts to maintain, such as MKR.

Below, is a table displaying main DeFi projects and their token use case- many of the most successful tokens have both fee and governance functionalities.

DeFi tokens are used as incentive mechanisms for the users to act in ways that reinforce a protocol’s network effects. Staking and Liquidity Mining are excellent ways to bootstrap liquidity and work on building a user base. Rewards and fees can earn high yields for users and these liquidity incentives have been proven very popular among the community, based on the impact that they had on the growth of DeFi protocols.

Layer 2 will need a token, or, multiple tokens initially- as projects rush to incentivize users to come and try their DeFi app on Layer 2.

Currently, none of the Layer 2 rollup solution providers have issued a token yet. The crypto community is disputing what could be considered as a native Layer 2 token with ETH and LINK cited as possibilities. Vitalik Buterin has suggested for the UNI token to become an oracle for Layer 2.

zkSync has spoken about zkSync tokens, that will keep track of state on the ZKPorter side and the token holders, called Guardians, will participate in proof of stake (PoS) with the zkSync token.

The attractiveness and value proposition for DeFi applications on Layer 2 will make the protocols fight to attract users, and they will likely do this by issuing tokens. Having a Layer 2 token war is something that we should not be surprised to see: Layer 2 is likely to be more radical in marketing and customer acquisition than we have seen in the initial DeFi ecosystem explosion.

As mentioned earlier, Ethereum is a $46 billion value business while the stakes in L2 are a magnitude higher- at least 10 times. Therefore, business on Layer 2 is a > $460 billion market. There will be projects and tokens that will want to capture the value of that. If you can estimate the future cash flows- transactions conducted on Layer 2- and potential fees taken by Layer 2 solution providers- then you can reach the valuation of a Layer 2 token by applying Discounted Cash Flow (DCF) valuation model.

Optimism, Arbitrum, and ZKSync have to have a token, otherwise, they have to be prepared to lose the L2 war to better-prepared projects. There will be incentives for the users to come and try, trade, stake, provide liquidity on Layer 2 and there will be value to capture.

It is likely that leading DeFi projects will collaborate, an example could be Arbitrum or Optimism forming an alliance with Uniswap to do token mining on Layer 2.  As Uniswap is planning to launch L2 optimistic rollup solutions, a user could go to Uniswap L2 and mine both tokens: Arbitrum/ Optimism and Uniswap, this way front running on L2 wars.

The community says that we are going to have a Layer 2 Summer, which is an exciting and challenging time for the projects to prepare to participate in the competition of capturing the L2 market share. As the Layer 2 gates open and developers rush to launch DeFI applications that are cheaper and more efficient, users will shop for incentives on Layer 2. Let’s see what innovative incentive structures the L2 DeFi World can bring to the Ethereum Disneyland.

A Uniswap proposal was made to deploy Uniswap V3 to Arbitrum. It was voted in favor in  poll by the community, supporting Uniswap’s L2  optimistic rollup plans

DeGate is building a comprehensive Layer 2 DEX with limit orders and fee-less trades.  DeGate provides L1-L2 Asset Bridge, which has been operating on Arbitrum testnet and is launching on mainnet soon.

Decentralized derivatives exchange MCDEX has announced that it is now live on Arbitrum Rollup, saying that users can save up to 100 x in gas fess compared to Ethereum Layer 1

Bancor has been testing its contracts on Arbitrum and using Chainlink’s  L2 price feed, it expects to go live with mainnet