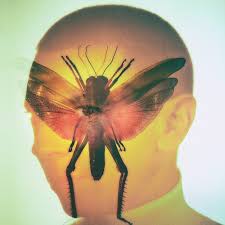 Inside Catalog is a recurring column diving into the stories and people behind Catalog.

Mael is an legendary producer, a relentless experimenter with audio NFTs, and an outspoken supporter of the web3 space.

Hi Mael! Tell us about yourself in a tweet.

I’m @maelstrom, a french electronic music producer, I run @labelraar with @louisahhhh. I’m also finishing a PhD about beatmaking and creative processes in West Africa at @EHESS_fr and I recently started experimenting with NFT’s on @catalogworks

Do you remember the moment when you knew the crypto music community was the place for you?

I was introduced to crypto art and NFT’s by Michail Stangl at zora.co who then linked me up with the team at catalog.works – The conversation I had with Jeremy really opened up a world of possibilities and helped me understand how web3 could possibly be a game changer for music creation and distribution. This is all very recent, so there’s still a lot to learn, but that’s what makes it exciting.

What is the most exciting part of what you currently do?

Experimentation. These days I’m in the studio with Fasme, a young producer from my hometown and one of the most creative musicians I’ve ever met, and he’s been relentlessly pushing me outside of my comfort zone. We’ll be releasing an EP on Central Processing Unit at the end of the year. I’m also working on a piece for Async.art with Hussam Eissa, an Egyptian artist from Alexandria, and it’s definitely one of the most exciting projects I’ve worked on for a long time. I don’t want to say too much before it’s released, but it’s pushing rave culture into a new dimension and I can’t wait to see how people will interact with it.

Between all of this I’m also finishing the last chapter of my thesis, which is something I’ve been working on for 3 years, and which is much more fun and exciting than I thought it would be, specially the writing part. The main question I’m trying to answer is : how do beatmakers produce music in Senegal, and what can it tell us about the society they live in, on a local and on a global scale. Something else I’m doing is touring live with Louisahhh’s band to support her last album. We’ve been working hard building the show during the last 12 months and I’m excited to hit the road and finally play in front of an audience (we’ll be at Sonar 2022 if you want to come and see what we’re doing).

What single thing do you wish people understood about your music?

That there’s no need for them to understand it! The experience is meant to be a physical one, no matter how complex the music seems to be. Of course there’s a conceptual side to my work, but I don’t think it should matter. It’s a starting point and it’s cool if you have time and curiosity to dig in deeper, but first and foremost my music is made for loudspeakers, warehouses, and basements, even when there’s no straight 4/4 beat.

What music NFT platforms have you experimented with? What’s interesting for you and what do you think these platforms can do better?

So far I’ve been minting music on catalog.works and it’s been an amazing experience. They’re experimenting and figuring it out with the artists and the collectors on a day to day basis, and that’s one of the reasons why it’s been a great team to work with, because there’s an ongoing dialogue. My hope is for more ways to integrate metadata within the NFT’s, and to be able to do split releases, so that there is a way for me to credit and share a percentage of the sales with the mastering engineer, the graphic designer, the visual artist I’ve worked with, or even with the people who designed the synthesizer presets or recorded the samples I’ve used, but all of this will most likely be available soon.

How do you think we can bring more artists into our space?

I guess it’s about showing them that the technical side of it isn’t that complicated. the guys at catalog.works took the time to show me the ropes with the first NFT I minted with them and I think it’s crucial that we share information so that the web3 space doesn’t stay something that looks like you can only interact with it if you’re a crypto or a software geek.

From my conversations with other artists, the feeling is also that the environmental aspects of crypto are a concern, which needs to be addressed (using this thread from Mat Dryhurst, or using PoS blockchains). The main thing is to keep experimenting, because artists are eager for new tools, new devices, new media and once more of them see the possibilities, most will want to at least give it a try. When you look at Async, at Pak’s cubes, or at Joanie Lemercier’s work, it’s difficult not to be blown away by how these protocols can open new research directions and unlock new creative or expressive possibilities.

What most excites you about the audio NFT space? What worries you most about the space?

The most exciting thing about it is how much these new mediums can change music itself and the way it’s produced or released. Within the electronic music sphere, we’ve been using formats that have been here for decades or even centuries, and the last innovations in our studios date back to the 80’s. With web3 we have a new set of tools at our disposal, and I believe the potential for a cultural and technical revolution is here, even if it will take time for mass adoption.

Then there’s the financial aspect of it: since the advent of physical recordings, music has been priced based on its format rather than based on its creative value. Why can’t one track be worth 1M and another 1€, just like in the art world? Why is it that a type-beat created in 10mn on a cracked software is worth as much as a piece that required a whole orchestra and 6 sound engineers to work for a month in a professional studio space? I’m not saying value should be determined by the recording process either, but that there’s no reason for music to be an industry where every song should be valued the same way.

What worries me is that when major labels and digital platforms start entering the space, they will want to twist it to their advantage. And when that happens we need to be in a position where the artist stays at the center, no matter how much money they’ll be throwing at it.

What about your life as an individual changed since the boom and onset of NFTs?

My life hasn’t changed that much since I started minting NFT’s. I’ve only minted 3 or 4 tracks, and I haven’t sold these for crazy prices, although it still really helped since I haven’t played a single show since February 2020. For now, it’s like an extra stream of revenues. But this is not my main focus right now, and if I was only making $10 from each sale I’d still be interested and I’d still be experimenting.

What’s your most recent proud piece?

Maalish on catalog.works : I used Mint Gate to token-gate access to the stems of the song (the individual tracks for each “instrument”) and to unlock a limited vinyl edition.

What is the future that Mael wants to see in the intersection of music, NFT and web3 space?

I want to see more collaborations between visual artists and musicians within the web3 space. Like this piece by Pak and Lee Gaito. I’m also very curious to see what the next wave of web3 music platforms will look like and what they’ll be experimenting with. I want to see a web3 Discogs, a web3 Splice, or even a decentralized music software and plugins web3 marketplace. I’d also like to see more interoperability because eventually that’s what’s going to make a real difference. Another thing that I think will be interesting to watch is how DAO’s or similar web3 projects will be used within music ecosystems. Experiments like Songcamp could help totally redefine how music is financed, produced, created, and distributed.