Why China Hastened its War on Crypto Mining: an Analysis of Chinese Policy and Impacts on Bitcoin Hash Rate?bitbank Market Report 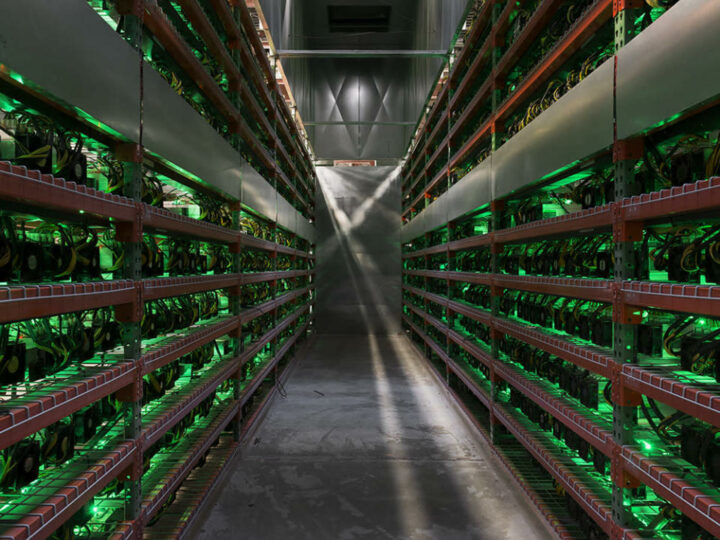 China Only has Nine Years Left to Achieve Her First Objective

China’s crypto regulations have often made headlines and influenced the crypto market for what feels like a millionth time at this point. However, as with the sudden announcement in 2017 to suspend domestic cryptocurrency exchanges, these kinds of heavy-handed actions by the Chinese authorities have only temporarily worsened market sentiment, and, at this point, are seen as sort of a déjà vu in the industry. In addition to trading, China has been trying to take actions against crypto mining as well, and in April 2019, the National Development and Reform Commission (NDRC) has considered listing virtual currency mining as an industry to be “eliminated” in its Industrial Reform Plan. But the matter was settled in November of the same year when the NDRC removed crypto mining from the list in the final report.

However, this year’s regulations on cryptocurrency in China are different: in February, the Inner Mongolia Government Development and Reform Commission shut down the mining business in the region, and in May, the State Council Financial Stability and Development Commission put pressure on both crypto trading and mining in accordance with its policies. Moreover, for this time around, they have waged a full on attack on the domestic mining industry.

This time, China has tightened regulation on crypto mining in almost all areas of the country, and in some cases banned it (in Inner Mongolia, for instance). The reason why China is so determined to go this far this time around has a lot to do with the goal of “zero carbon emissions by 2060” proposed by President Xi Jinping at the 75th United Nations General Assembly in September 2020. This goal includes a milestone of bringing carbon dioxide emissions to a peak in the next nine years, that is, by 2030, so it can be said that the time limit is approaching for China.

In addition, China’s annual CO2 emissions are on the rise  despite the fact that major western countries have been successfully cutting back on it, and its share of the world’s annual CO2 emissions is astonishingly high, surpassing the United States, which has the largest GDP, and Japan, which has the third largest GDP (Fig. 1). The latest study even shows that China’s CO2 emissions in the first quarter of 2021 increased by 15% year on year, the fastest pace in a decade. This is a very unfavorable fact for China, which is aiming to be the world’s leader (this could be a disadvantage in diplomacy, trade, and investment from foreign entities), and it would be reasonable to conclude that the Chinese government has decided to drastically improve the situation by putting a heavy regulatory oversight on virtual currency mining, which has almost zero usefulness for the Chinese economy.

Hash Rate May Not Recover that Soon

As is well known, the recent developments in China’s mining regulations have affected not only the price of bitcoin, but also its hash rate (Figure 2), which had been hovering at around 180 Ehash/S in early May, but temporarily dropped to 120 Ehash/S as the price of bitcoin fell and criticisms from China’s state-owned media intensified. On June 2, it returned to just under 180 Ehash/S after a symposium on virtual currency mining held in Sichuan Province decided not to take action immediately, but it has yet to stabilize.

Fluctuations in bitcoin’s hash rate have demonstrated some relationship with bitcoin’s price in the past: when prices fell below the then-mining break-even point in November 2018, miners retreated from competition, causing the hash rate to fall, which, in turn, sent the price even lower; right after the May 2020 halving when the hash rate plummeted, the price had hit the ceiling and lost direction. In both cases, stabilization and recovery of the hash rate signaled that the bottom was nigh for the price, so network data like hash rate should not be underestimated as a leading indicator (Figures 3 and 4).

Therefore, bitcoin’s hash rate will continue to be one of the most important indicators in the future, but at present, there is a huge uncertainty hanging over it, and it is suspected that this is one of the reasons why the price of bitcoin is losing its direction. The problem is that Sichuan and Yunnan provinces are not clear on how exactly they are going to crack down on crypto mining. Other major Chinese crypto mining hubs like Inner Mongolia, Xinjiang, and Qinghai provinces have officially banned crypto mining so far, and there are some miners who have fled to other regions and/or countries. According to China Macro Economy on June 7, Sichuan Province will allow miners to use the excess power produced by hydropower during the rainy season this year, but will ask miners to prepare to leave the area by September. Similar information has been circulating regarding Yunnan but the time limit for the Yunnan miners is set at the end of June. However, official statements have not been released from both Sichuan and Yunnan provinces.

In other words, there is still some room for the hash rate to drop. As can be seen from Fig. 1, the impact on the hash rate and price when mining is disrupted in even one area of China cannot be underestimated. Coincidentally, the share of the global hash rate accounted for by Chinese miners is on a downward trend, perhaps due to the tightening of mining controls in China, but they still held a majority share of 65.08% at the end of last year.

Therefore, until Sichuan and Yunnan officially decide how to handle crypto mining, the market will continue to face a relatively large risk factor, which is the possibility of sudden drops in bitcoin’s hash rate that could happen at any moment and, in turn, subsequent impact on the price. Market participants who have been in the crypto market for a long time seem to be taking a long-term view and may taunt “buy the dip” without paying much attention, but under these circumstances, bitcoin’s current range-bound movement may continue until as long as this September.

Believe it or Not, Bitcoin is Not Alone

Of course, China’s tightening of controls on crypto mining will have a positive impact. Crypto mining in Inner Mongolia is said to be highly dependent on fossil fuels, so a ban on mining in that region will bring a positive impact for the environment. Also, just until two years ago, Chinese miners had an overwhelming share of about 75% of the global hash rate, but this has dropped by 10 percentage points in recent months, and with the rise of environmentally conscious Western miners, the decentralization of bitcoin hash rate is likely to continue.

In any case, the best case scenario is that China’s overall regulatory policy on crypto mining is quickly decided so the market can price it in, but from the perspective of environmental concerns, bitcoin is not the only nail that stuck out and hammered down. For example, when the price of gold exceeded $2,000 per ounce last year, there were many criticisms of environmental pollution to the gold mining industry. Interestingly, however, as the price of gold stalled after that, the media coverage of these issues diminished. As can be seen in Figure 5, people’s interest in the issue seems to be linked to the market price as well, and the Google search trend for the keyword “Gold Environment” declined as soon as the market price hit a top in September last year. Then, last month (May 2021), when the market recovered to the level it had been at for five months, the Google Trend index also rebounded.

In light of all the above, (1) a country-wide ban on crypto mining in China can create room for a further decline in the hash rate, which will have a cautionary effect on the market, and (2) the flow of new money into the market may recede in the short term in light of concerns about virtual currencies from the perspective of environmental protection. As for (1), the market still needs to fully price in Sichuan and Yunnan provinces’ policies on crypto mining, which could take until this September. As for (2), it is obvious from Fig. 5 that the level of interest has already declined to a reasonable degree, and the impact is not expected to linger.

Although there are some strong fundamental supports for bitcoin such as rising concerns about global inflation and moves to make bitcoin a legal tender in El Salvador, we expect that it will take some time for bitcoin to recover and reach new highs.