What Determines The Price of Bitcoin? 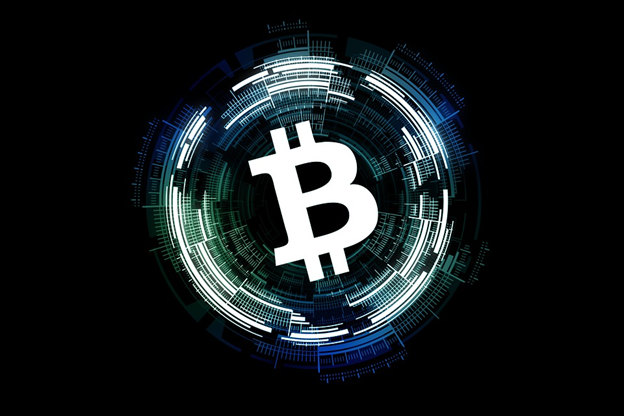 Bitcoin is a cryptocurrency that was developed in 2009 by Satoshi Nakamoto, the digital currency’s unknown inventor. Transactions are recorded in a blockchain, showing each unit’s transaction history and proving ownership.

Bitcoin, unlike traditional currencies, is not issued by a central bank or backed by a government. Moreover, purchasing a bitcoin is not the same as buying a stock or bond because bitcoin is not a corporation. As a result, no commercial balance sheets or Form 10-Ks are available for review.

Understanding What Determines The Price Of Bitcoin

Unlike traditional currencies, bitcoin is not issued by a central bank or backed by a government; thus, the monetary policy, inflation rates, and economic growth indicators that typically influence currency value do not apply to bitcoin. Bitcoin prices, on the other hand, are influenced by the following factors:

Countries with floating exchange rates can control how much their currency circulates by adjusting the discount rate, changing reserve requirements, or conducting open-market operations. A central bank can potentially influence the exchange rate of a currency using these options.

The demand for bitcoin is impacted in two different ways. To begin, the bitcoin protocol allows for the creation of new bitcoins at a fixed rate. When miners process blocks of transactions, new bitcoins are introduced into the market, and the rate at which new coins are introduced is designed to slow over time. For example, the bitcoin growth had slowed from 6.9% in 2016 to 4.4 per cent in 2017 to 4.0 per cent in 2018.

This can lead to scenarios in which demand for bitcoins grows faster than supply, causing the price to rise. The halving of block rewards offered to bitcoin miners has slowed bitcoin circulation, which can be viewed as artificial inflation for the cryptocurrency ecosystem.

Second, the number of bitcoins that the system allows for existing may have an impact on supply. This number is capped at 21 million, and once reached, mining activities will cease to generate new bitcoins.

While bitcoin is the most well-known cryptocurrency, hundreds of other tokens compete for user attention. While bitcoin remains the market capitalization leader, altcoins such as Ethereum (ETH), Tether (USDT), Binance Coin (BNB), Cardano (ADA), and Polkadot (DOT) are among its closest competitors as of March 2021.

Furthermore, new initial coin offerings (ICOs) are constantly on the horizon because few entry barriers exist. The crowded field is suitable for investors because the intense competition keeps prices low. Fortunately for bitcoin, its high visibility gives it a competitive advantage.

While bitcoins are virtual, they are still manufactured products with real production costs, with electricity consumption being the essential factor. Bitcoin “mining,” as it is known, is based on a complex cryptographic math problem that miners all compete to solve—the first to do so is rewarded with a block of newly minted bitcoins as well as any transaction fees that have accrued since the last block was found.

What distinguishes bitcoin production from other manufactured goods is that, unlike other manufactured goods, bitcoin’s algorithm only allows for one block of bitcoins to be found once every ten minutes on average. The more producers (miners) who participate in the competition for solving the math problem, the more difficult—and thus more expensive—it is to solve to maintain that ten-minute interval.

According to research, the market price of bitcoin is closely related to its marginal cost of production.

The more popular an exchange becomes, the easier it is to attract additional participants, resulting in a network effect. And, by leveraging its market clout, it may be able to set rules governing how other currencies are added. The Simple Agreement for Future Tokens (SAFT) framework, for example, aims to define how ICOs can comply with securities regulations.

Regardless of the legal grey area in which cryptocurrencies operate, the presence of Bitcoin on these exchanges implies a level of regulatory compliance.

Due to the rapid rise in bitcoin and other cryptocurrencies, regulators are debating how to classify such digital assets. While the Securities and Exchange Commission (SEC) considers cryptocurrencies to be securities, the United States Commodity Futures Trading Commission (CFTC) regards bitcoin to be a commodity.

Despite the surging market capitalizations, the uncertainty over which regulator will set the rules for cryptocurrencies has created uncertainty. Furthermore, the market has seen the introduction of a slew of financial products that use bitcoin as an underlying asset, including exchange-traded funds (ETFs), futures, and other derivatives.

As a result, prices may be impacted in two ways. For starters, it gives bitcoin access to investors who cannot afford to buy an actual bitcoin, thereby increasing demand. Second, it can reduce price volatility by allowing institutional investors who believe bitcoin futures are overvalued or undervalued to use their considerable resources to bet on bitcoin’s price moving in the opposite direction.

As a centralised authority does not govern bitcoin, it is dependent on developers and miners to process transactions and secure the blockchain. Consensus-driven software changes frustrate the bitcoin community because fundamental issues typically take a long time to resolve.

Scalability has been a particular source of concern. The size of the blocks determines the number of transactions that can be processed, and bitcoin software can currently only process about three transactions per second. While this was not a concern when there was little demand for cryptocurrencies, many are concerned that slow transaction speeds will drive investors to compete with cryptocurrencies.

So this was a brief about how a bitcoin’s price determined. The factors you have read above are the most common to understand how they will impact bitcoin pricing. In general, if you want to understand the pricing of bitcoin or its market value, you can download any crypto-wallet.