Why Bitcoin Collapsed After Getting Heights? 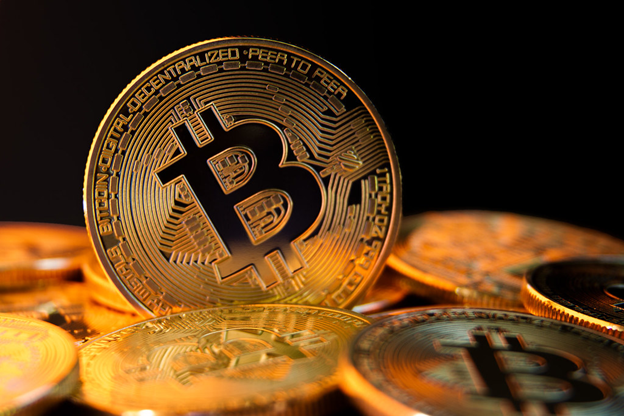 Bitcoin, the most well-known digital currency, has been on a downward trend in recent months, despite reaching an all-time high of more than $63,000 in the middle of April. It fell below $30,000 for the first time since the beginning of the year on June 22 before recovering slightly.

As of this writing, Bitcoin has gained about 11 per cent for the year, or roughly what the plain-Jane S&P 500 has yielded over the same time period.

Since January of this year, Bitcoin prices have established and continued to test a technical support level of $30,000. Today, we see a continuation and retest of these support levels as more technical traders have begun day-trading the asset.

While volatility has always been a part of the Bitcoin experience—the price dropped by more than 80% in a year or so after late 2017, there is more at stake this time. After all, major corporations such as Fidelity and PayPal have invested millions of dollars in entering the cryptocurrency market. After state governments imposed lockdowns and the federal government distributed stimulus checks, thousands more ordinary investors joined the fray.

There are legitimate reasons for the decline in Bitcoin demand, ranging from the grave (Fed signals of earlier-than-expected rate hikes) to the absurd (Elon Musk’s tweets). Seasoned Bitcoin investors may know instinctively how to roll with the punches. But the Bitcoin curious, who are just one more conversation with their crypto-enthusiast friend away from diving in, should consider whether they are genuinely prepared for the whole experience.

What Has Happened With Bitcoin?

Bitcoin reached an all-time high in the middle of April, following the decision of Coinbase, one of the largest cryptocurrency exchanges, to go public.

This uptick in momentum came after months of positive developments in the cryptocurrency world. Tesla announced that it would accept (and hold) Bitcoin. Financial institutions such as BNY Mellon and Fidelity made big announcements about giving their clients more access to crypto funds. The payment processor behemoth Mastercard announced that it would facilitate transactions. El Salvador has even started to recognise Bitcoin as legal tender.

However, the porch light cannot burn indefinitely. Since the end of April, Musk’s opinion on cryptocurrency has shifted due to renewed focus on its negative environmental impact. China has banned crypto mining in many of its regions.

The recent Colonial Pipeline hack has refocused congressional attention on how criminals use Bitcoin to extort wealthy corporations. (However, these particular criminals were not particularly sophisticated, and the Feds eventually recovered much of the digital loot.)

Another impediment to purchasing is a lack of supply: March was the last month the Fed distributed direct payments ($1,400 per eligible recipient), so many would-be buyers may have exhausted their ammunition earlier.

All of these developments have contributed to a general sense of dread among cryptocurrency investors.

What You Have To Do?

Buying Bitcoin used to be reserved for tech-savvy early adopters. A genre of journalism briefly arose to explain to bewildered readers, many of whom still don’t understand what cryptocurrency is or why it exists, how to trade dollars for Bitcoin and then Bitcoin for something ordinary, like pizza. (It turns out that pizza was quite pricey.)

Bitcoin has become more mainstream over the years, and it is now easier to purchase through relatively secure exchanges such as Coinbase. Now, ordinarily staid, level-headed money managers, such as those at Minneapolis-based money management firm the Leuthold Group, argue that a percentage point or two of your portfolio can be allocated to Bitcoin.

The reason is simple: the rapid growth has been astounding. While Bitcoin is currently worth around $33,000, it is still a significant increase from its price of $9,861 this time last year.

However, the price cannot continue to rise at this rate indefinitely.

The market will eventually figure out the value of cryptocurrency and incorporate that information into a high price level for those assets.

By investing in Bitcoin now, you are betting that the speculative craze will continue, and you will be able to resell it for much more than you paid. However, the last three months should have taught us that, while compelling, such plans are never easy to carry out. You never know when the excitement of speculative investing will fade.