Decoding the Metaverse: Under the Hood of Decentralized Gaming Tokenomics 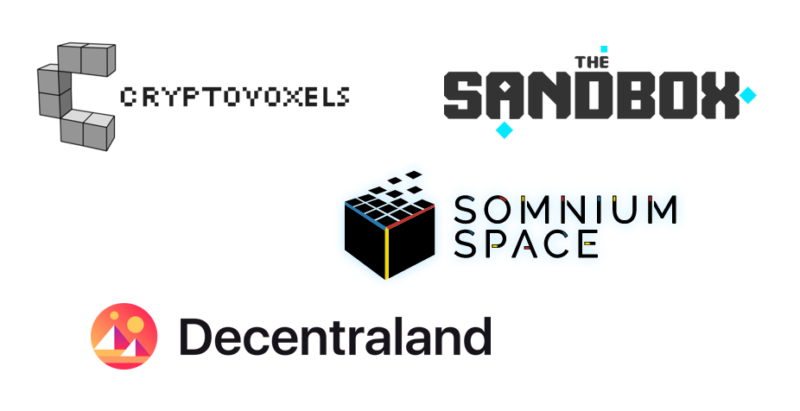 Decentralized gaming has been touted as one of the highest potential use cases of smart contract technology since as far back as Vitalik Buterin’s original Ethereum thesis. Over the past week, speculative fervor has caught up with this thesis, as tokens such as AXS and SAND have seen meaningful price action on the back of impressive fundamental growth. In this piece we take a look at the building blocks of the decentralized gaming space: virtual worlds.

As the decentralized gaming ecosystem has started taking shape, virtual worlds have been at the center of the action. Broadly speaking, these are game agnostic ecosystems where developers and users can purchase real estate in the virtual worlds to build games and other attractions. Users and developers may then create and exchange virtual assets that remain on-chain in perpetuity. This is a lucrative market because there will eventually likely be 1–2 such universes that gain mass adoption and whose ecosystems will eventually carry hundreds of millions, if not billions, of dollars in value. Therefore, there has been an understandable rush to capture what could be the real estate of the future, with monthly sales soaring to highs of ~$10M on some platforms.

There are currently four key players in the metaverse / virtual worlds landscape:

Given their relative prominence, in terms of active wallets and relative value capture, we focus on Decentraland and Sandbox in this piece.

Decentraland has a fixed supply of 90k LAND parcels that users/developers may purchase to develop games and other attractions. LAND is purchased by burning Decentraland’s native token MANA, making it deflationary (and indirectly redistributing value to tokenholders). MANA has a max supply of 2.2T and a circulating supply of 1.3T. At a MCAP of ~$800M, the MANA token has two use cases:

Finally, tokenholders will also benefit from MANA token burns when LAND is purchased, since this will drive down supply and increase price.

Decentraland has seen meaningful adoption, as one of the first decentralized virtual worlds, with most of its 90k LAND parcels now trading only on the secondary market. MANA is also one of the select few tokens that Grayscale has a dedicated trust for, indicating strong institutional demand. With >50% of max supply already in circulation, MANA looks like a relatively mature project that is past most growing pains that early projects face. This value is further amplified by MANA’s deflationary tokenomics.

Sandbox began as a Web 2.0 platform in 2012 and amassed >40M downloads, before launching a Web 3.0 version in 2018. This prior success has given the Sandbox team operating leverage in the form of an existing user base, that other virtual world competitors did not have.

Below is a complete list of the platform’s revenue sources:

Per our rough estimate, SAND is trading at a relatively low 1.7X its Treasury value (generated from primary LAND sales + est. transaction fees)

A majority of the 123k LAND available for purchase were purchased in primary sales through 2020 by ~1k unique sales. Since then ~900 secondary market sales have also occurred. If LAND sales are any indication of adoption, Sandbox has achieved it.

SAND has a max supply of 3B tokens, with a circulating supply of 700M (23%). An additional 1.2B (40%)sits in the company’s treasury and ~280M (9%) sits in the Foundation account. This means that only ~28% is still owned by the team / advisors. Below is the SAND token’s vesting schedule. While only ~23% of max supply is in circulation today, a majority of remaining supply is in the Foundation and Company Reserve, making a potential token dump less likely.

Overall, Sandbox has seen strong adoption and revenue generation thus far. The SAND token also has a robust set of tokenomics. The combination of governance, currency and revenues share-based staking is particularly strong.

Virtual worlds are at the forefront of the decentralized gaming revolution and are poised to continue growing as the space matures. Given the fundamental structure of social consensus around valuing real estate, we expect this space to be dominated by 1–2 players over the next 5–10 years (this is similar to the Web 2.0 virtual worlds duopoly of Minecraft and Roblox). We are already starting to see market dominance from Decentraland and Sandbox emerging as leaders. Within the two, numbers indicate that Sandbox is beginning to overtake Decentraland in terms of engagement and value capture. Given its relatively lower market cap and strong revenue + token value transfer model, we expect that the SAND token has a meaningful runway to grow.