The most pressing question, “Wen Launch?” 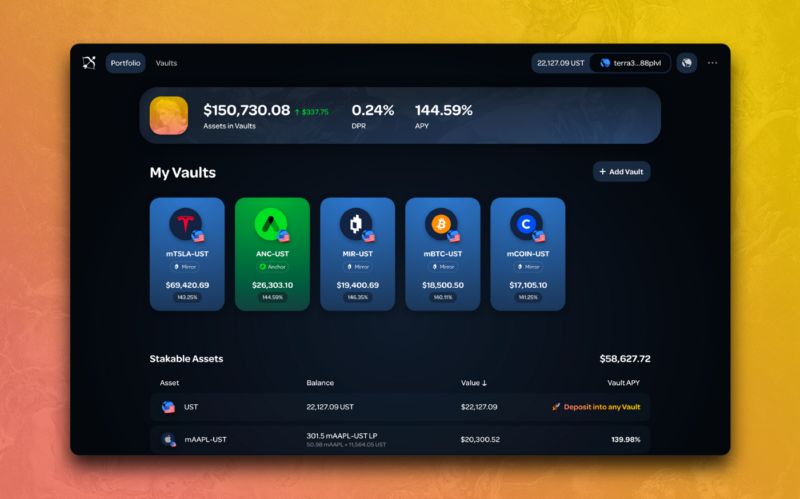 This post will look at the “plan of release” for our Apollo DAO Auto-Compounding Vaults, which are currently being audited and will be launched shortly. These vaults are the first product Apollo DAO will be releasing and will be a key feature in the initial bootstrapping of the Warchest. You can find more information on the long term plans for Apollo DAO here: Apollo DAO and Our Long Term Vision

We will be releasing the platform in three stages:

This is our preview version of Apollo DAO’s Vaults and will be a chance for our early community members to test our platform and provide feedback to the Apollo team. Our OGs and early Apollo supporters will be given access to the Apollo DAO Alpha, as well as our competition winners (more information on this, will be released very soon).

In order to provide access to Apollo tokens for our community, both at an early stage and at a fixed price, we will be launching the Apollo Community Farming Event.

For this initial farming event, our community will be able to farm Apollo tokens by depositing assets into any of the vaults available on the Apollo platform. During this event, rather than auto-compounding the LP position, the rewards (such as MIR tokens) that are generated will be used to purchase Apollo tokens at this fixed price, with tokens distributed to users after the event has concluded. This event will last one month, or until all the Apollo tokens available have been distributed.

All funds generated from the Community Farming Event will go to bootstrapping the Warchest, which will be managed by the Apollo token holders.

Once the Community Farming event concludes, the Apollo tokens will be unlocked. Users of the Apollo platform will be able to continue auto-compounding their LP positions, while earning additional Apollo tokens on top.

There will be a total of 50 million Apollo tokens (50% of the total supply) available for our long-term community farming on the Apollo platform, the profits of which will be used to continue to bootstrap the Warchest.

At this stage, the Apollo team will have continued working on new vaults, strategies, partnerships and products in order to continue to bring high, but sustainable yields to our users long term, as well as continue to help advance the Terra Ecosystem. Apollo DAO community members will also be able to create proposals on how best to utilise the Warchest funds and Apollo token holders will be able to vote on which to implement.

While we have not included any exact dates on the above, we will keep this post updated and are aiming to open up the Alpha very soon and launch the Community Farming Event in a number of weeks.

If you have any questions on the above, please feel free to hop in our Discord and we will be happy to help.