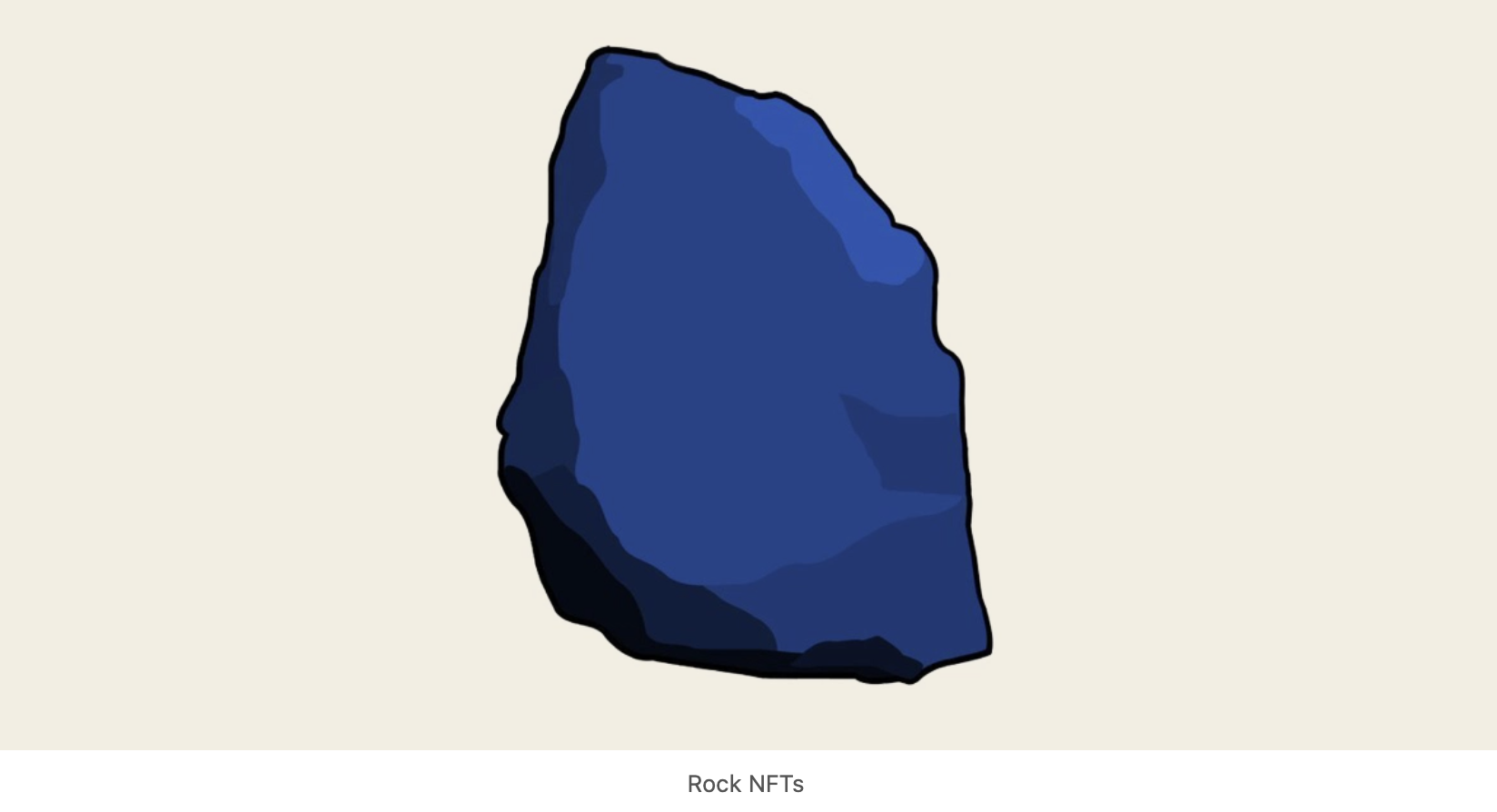 EtherRock #33, the JPEG of a grey-colored rock, was sold for the equivalent of approximately $100K.

While NFT continues to blow up and take over multiple industries across the world, what we didn’t see coming is the increasing number of NFTs on the list Non-Fungible Tokens sold for high prices .’ The non-fungible tokens are becoming infamous for high price listing with the most expensive, Beeple | The First 5000 Days, going for $69 million. The recent new member on this list is the rock NFT that was sold for $100k+.

What exactly are Rock NFTs?

One thing is clear, Rock NFTs is not a recent discovery.

The rocks are among the earliest crypto collectible NFTs that are minted on the Etherium blockchain. The project was launched in 2017, shortly after the Cryptopunks. They came in a collection of 100 still images that were similar in design with varying colors. Only 20 rocks were sold within the first three years of its existence. The art was not claimed for years, until recently when the wave hit higher increasing their demand. Currently, all the rock NFTs have been sold.

The collection was inspired by the 1975 collectible toy created by G. Dahl.

But, the big question is, why would a rock NFT be priced so highly? It could be because they are limited in the market, or their unique form of NFT?

However, as much as it doesn’t make sense, it is no surprise that the non-fungible tokens are attracting ridiculous high prices in the market. It is probably why most people are drawn to the NFT community.

The Current Market for the EtherRocks

The recent hype of the NFT market has contributed to the rise in demand for the rocks prompting its high prices. As each rock is put back in the marketplace, the secondary prices keep rising.

But the question still remains, why you would spend that much money on a rock that serves no particular purpose whatsoever? While other digital assets can be used as a functional utility within the blockchain, ether rocks don’t. The rocks are there to be sold and owned. That’s it. The only thing you get is the fact that you own one of the limited rocks in the world. If that is good enough compensation for you, buckle up because the prices are about to shock you.