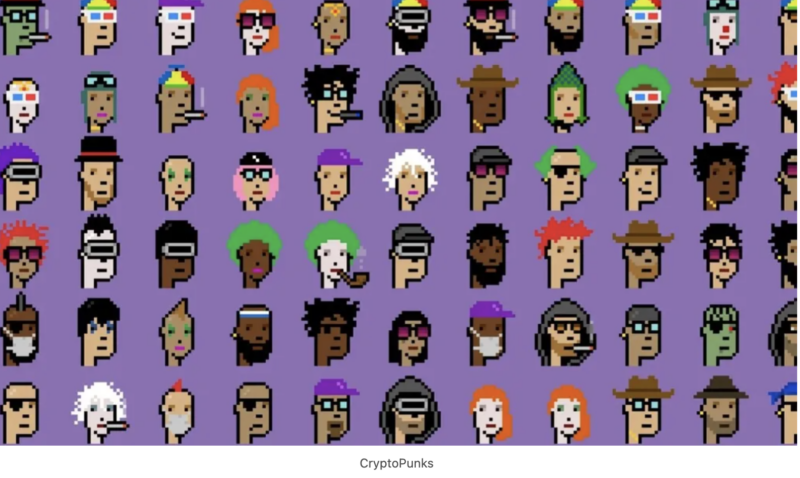 Cryptopunks, officially hit $1 billion in trading volume on 28th August making it the second project to do so after Axie Infinity.

Axie Infinity achieved the milestone on 8th August and is currently at $1.8billion in sales.

Almost a week ago, Visa paid $150,000 for a ‘CryptoPunk’,   #7610  blockchain token in an effort to learn more about the non-fungible community and be an asset to the clients and partners. Visa believes that NFTs will play an important role in the future of retail, social media, entertainment, and commerce.

Their purchasing of the cryptopunk was a move made to understand the infrastructure requirements for a global brand to purchase, store, and leverage an NFT. It seems like this was just the beginning of cryptopunks hitting the higher price as NFTs penetrate every sector across the globe.

CryptoPunks are one of the earliest examples of NFTs. They were made of images of 24 by 24 pixels, and launched on the Ethereum blockchain in 2017.  These NFT collectibles consist of 10,000 of the CryptoPunk tokens – each uniquely created.

According to the stats provided by DappRadar, Cryptopunks have had a lot of top sales on the platform but are currently a billion-dollar NFT collection after the sales hit $1.095 billion just a few days ago.

The current NFT market is exploding and it’s not just CryptoPunks. Barely a week ago, several billions of dollars have been channeled into non-fungible projects and arts which have attracted a number of stakeholders. We don’t exactly why the cryptocurrency market prices are experiencing such a huge resurgence but is speculated that the crypto-rich fellas are on a mission to diversify their wealth and assets without turning them into currencies.

It can’t seem any truer.

While few stakeholders investing in crypto make sense, a lot of these purchases could be FOMO. I mean, we are humans who are easily influenced by trends. This makes the growth pretty much unstoppable yet speculatively non-durable. But, as much as there seems to be no slowing down now, the future of the NFT market remains unknown