Have You Been Following Marvel and VeVe’s Journey Through NFT Land? 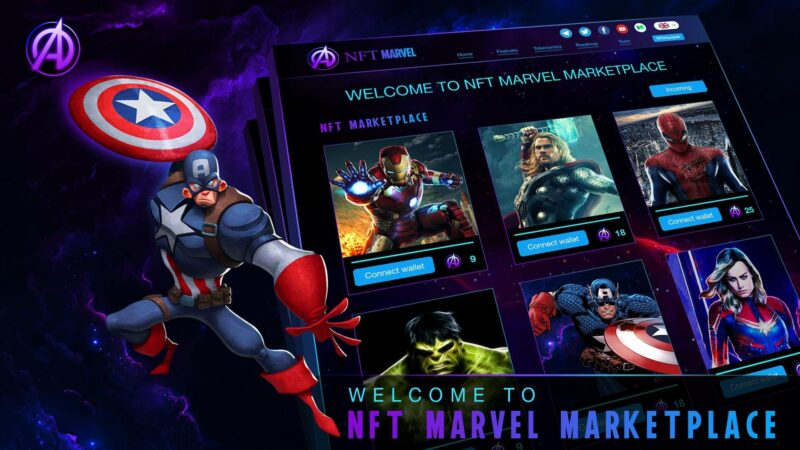 Earlier this month, Marvel dropped veve digital collectibles in collaboration with Orbis Blockchain Technologies Limited to celebrate Marvel month. These digital collectibles come in limited-edition releases. They can be purchased, sold, and traded as well as upgraded, customized, placed in virtual showrooms, shared on social and more, using the VeVe app.

Like non-fungible tokens, each issue is expected to be unique and incorporate unique covers and different levels of rarity.

Below, I will break down the releases that have taken place so far.

The Launch of the First Spider-Man Statue NFTs

The first NFTs to be dropped were five unique spider-man statues NFTs. The series was the first of the many digital statues, digital comic books, and other digital collectibles in Veve’s Marvel Month initiative. The spidey series consisting of 60,500 digital statues were dropped on 7th August and were sold out within 24 hours of its launch.

Each issue is expected to be unique and incorporate unique covers and different levels of rarity offered in a ‘blind box’ format for $6.99.  This will also be accompanied by an exclusive line of Super-D figures each with a different level of rarity and will be sold in a blind box format for $13.00.

According to the president of marvel entertainment, Spider-Man, being one of the most legendary Super Heroes in the Marvel Universe, marked the best way of starting the marvel global digital collectibles experience

The NFT series collection termed Marvel Mighty Figures was launched on 14th August and each digital figure has a different level of rarity and is only sold in a Blind Box format for the US $13.00. TThe series marked the first season of the Marvel Mightys Collections and the digital collectibles were sold out in less than 24 minutes probably because of the hype aroused by the marvel mighty nft trailer.

The most recent activity has seen VeVe welcoming the first family of the marvel universe to the nft land with the second series of the Marvel Mightys Digital Collectibles. The Fantastic Four is an American team of comic strip superheroes, created by Stan Lee and Jack Kirby for Marvel Comics in 1961 which makes them the first Marvel family.

On 28th August, the Fantastic Four along with Doctor Doom will arrive on the VeVe app and it will feature The Thing, Mister Fantastic, Invisible Woman, and the Human Torch, and  Doctor Doom. Each digital figure will be characterized by a different level of rarity, and will only be sold in a Blind Box format for $13.00 USD.

The feature will be classified as follows:

Like the preceding NFT collections, the comics come in one of five levels of rarity, from Common to Secret Rare, and went for $6.99.

Marvel Comics #1 the first Marvel comic book was the first to be released on the 19th featuring the original Human Torch and Namor, the Sub-Mariner followed by the Journey Into Mystery #85  on Friday which features the first appearance of Loki, Heimdall, and Asgard.

The third comic book was Fantastic Four #1  which launched on and features the first appearance of the Fantastic Four and began the Marvel Age of comics.

The common ‘Classic cover’ will have 40,000 copies minted, while the secret rare ‘True Believer Variant’ will have just 500 versions in the pool.

While Marvel has covered milestones by joining the non-fungible community, their rival competitor, DC Comics intends to follow in the same footsteps. Besides the DC Comics’ legal expert telling artists and comic book freelancers not to produce DC Comics-related NFTs without permission, the comic book creator hinted at releasing DC Comics NFTs at some point in time.

This can only mean one thing.

I am definitely not surprised with the statement considering the pace at which the nfts are taking over the world. There are now NFTs in all industrial sectors that include music, fashion, e-commerce, and sport, etc.

The future is definitely nonfungible.