NFTs are the Solution to Music Industry Problems 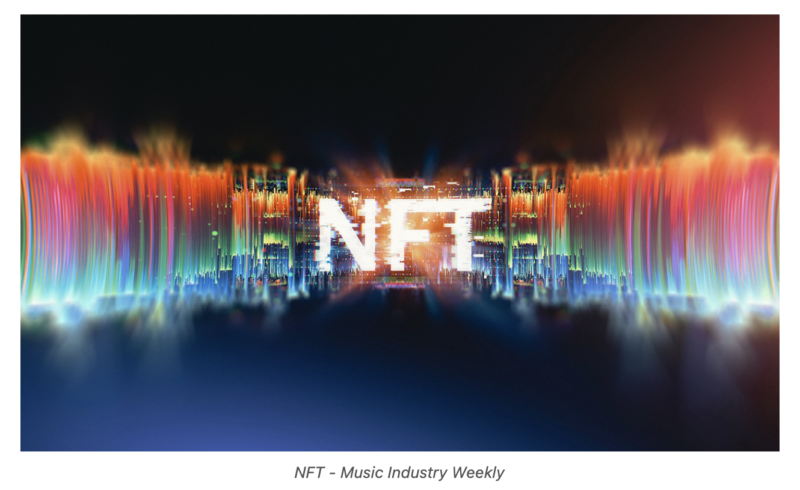 Blockchain technology has the potential to disrupt existing industries and make Web 3.0 a reality. It has and will continue to change the lives of many people especially in emerging economies with financial inclusion, trust, transparency & decentralization.

The DLT system has powered digital value transfer without any middlemen or duplicity because ownership once established on a blockchain is immutable and provable, hence opening blockchain’s applications to many industries beyond finance.

One such industry that Blockchain will disrupt is Music! The advent of streaming platforms like Spotify, Soundcloud, Tidal has brought a lot of change, eliminating gatekeepers; but blockchain gives complete power back to creators & their audience.

Long-Standing Issues in the Industry

A primary issue that troubles most artists is that they are not able to get their deserved share of the revenue from their music. Revenue has to be split between record labels, managers, producers, distributors, promoters, PR agencies, songwriters, engineers, and maybe more.

Let’s look at how unfair this split can get-

Citibank had released a meticulous report on the entire music industry in 2015, showing how and where the money is made. When we look at the report, there is some really interesting and practical information, but the attention-grabbing headline is that

‘Musicians End up with Just About 12% of Global Music Revenue’

With the Web 2.0 revolution, music consumption has gone primarily digital via streaming, thanks to popular centralized apps such as Spotify, Apple Music & Youtube. Figuratively, on average, Spotify pays artists $0.0032 per stream & Apple Music pays $0.0056 per stream.

The Rights of a song are another critical issue that bothers the music industry. Not just new artists but even the biggest names in the industry, for decades, don’t have the rights to their songs.

An interesting story from this blog is that when Taylor Swift signed her original contract with a record label, the label received ownership rights to her first six albums and Swift received a little advance to aid her music career. Those album rights were then sold this past year for millions, to which Swift did not receive any of the profits from the sale.

Another big artist, Kanye West, also had a problem with music rights, as he fought to gain the rights to his music back from a record label.

So, How Can Blockchain Help?

Blockchain paved the way for Non-Fungible tokens(NFTs) which are essentially transforming how traditional art industries work.

RAC(André Allen Anjos) made $708K from a collection of NFTs related to his latest album, YOU. This revenue was more than his combined album sales over the past 10 years.

RAC joins Grimes, Deadmau5, & Tory Lanez on a rapidly growing list of artists, who are earning millions directly from their fans, thanks to the Music <> NFT revolution. In February this year, the artist Justin Blau, who goes by 3LAU, sold an NFT collection consisting of 33 tokens that allowed buyers to get limited-edition vinyl records, unreleased music, and access to special experiences. Guess, how much money did he make? Well, a whopping $11.6 million.

A primary element that blockchain has introduced is the idea of digital scarcity. In contrast to an MP3 that can be shared a million times, a digital file that’s linked to a blockchain has a complete traceable history on a public ledger. Like within the traditional art market, one person could have an image of an Edward Hopper painting & another could have the original; while both can be exhibited on a wall, only one of those has true value. That ability to establish provenance makes items like songs or digital art, collectible like never before.

Anjos has been using blockchain’s advantages to experiment with how music is shared with fans. He played around with his recording – Circular, which he offered to fans in a master mix and in individual parts of the song like those played by an instrument like piano or guitar.

RAC said: “Each layer is ownable by a different person,” who can then individually make changes, within some constraints set by him, that affect the full song. It’s essentially a collaborative remix.

“The whole idea behind Circular is the song doesn’t have a final state.” If you go to the Async Music website today, “you’ll get a different version from yesterday,” he says. “You can’t do that on Spotify.” Another thing you can never do on Spotify is make $83,719 from the original track, the last price paid for the Music NFT, that went directly to RAC.

That kind of earnings potential has unchained RAC to do whatever he wants ingeniously. “I have felt a lot of freedom,” he said.

In an interesting twitter Mega Thread, Jack Spallone from Hifi labs(an incubator for artists), dives deep into the advantages of bringing Music to the blockchain. Below is a list of topics he covers-

Proof of Provenance: The value of art is intrinsically tied to the verification of its provenance & accreditation.NFTs allow digital assets to become unique in the sense that the original asset can be verified with certainty. Additionally, the subsequent transactions on each NFT after creation is completely traceable which means that each sale, trade, and owner of the asset is built into the NFT’s ledger.

Improve Artist-Fan relationship – NFTs eliminate middlemen. With the direct transfer of value for art & music, artists are able to get the majority of the revenue from their work(which never really happens in the traditional art industry). This enhanced relationship between an artist & his fans, not only increases an artist’s revenue but allows him to get a better understanding of his followers, which further helps them improvise their art to suit their fan’s taste better. Gated-access with NFTs, advantages tied to the purchase of MusicNFTs, and the option for a buyer to be able to trade the art in a secondary market, is something that has never happened in the traditional art industry.

Simplified Royalty sharing – Many artists, especially musicians, don’t collect all royalties because of a lack of transparency, either because the songs are not properly registered or because they remain unclaimed and go to publishing companies. These are called unallocated royalties, and it was estimated that artists lose hundreds of millions of US dollars because of these missing payments.

Blockchain could ensure accountability so that artists don’t lose their hard-earned money because of a broken royalty system. Smart contracts which are a critical part of the blockchain ecosystem allow us to solve this problem enabling the transfer of royalties in a trustless and transparent way to respective owners. One can simply code the ownership details and/or the copyrights, and the split of royalty payments into the smart contract, and on execution, the revenue will be received fairly to everyone automatically.

An interesting experiment that artists are currently doing is selling a part of copyrights to finance an upcoming drop and in return offering the supporters a share of the art’s royalty! For example, those who help crowdfund a band or artist’s album could receive an NFT that certifies their contribution. That NFT could then be the key to access a host of exclusive offers, discounts, fan-only releases, concert pre-sales, and more throughout the artist’s career – offline complements to the digital file and certificate of ownership. Those who crowdfund at a high level could also be given regular opportunities to meet the band and participate in unique experiences with them. In this case, the NFT itself doesn’t hold the value – instead, it is the associated real-life benefits unlocked by the blockchain-secured NFT. Meanwhile, companies who want to purchase or sell a block of media assets could also have that block of assets represented by an NFT, which can provide better tracking and clarity over time about media ownership.

Music as an asset – Ownership, scarcity & provenance allows NFTs to be a tradable asset, allowing ownership & value transfer. Multiple marketplaces are being built which allow users to transfer & trade Music NFTs. Interestingly the artist can get a % of all successive trades that happen on his creation(thanks to smart contracts again)

Flipping the Value Chain – Currently, the artists sit on the bottom of the value chain with Record Labels riding on the top. NFTs could liberalize the ecosystem by flipping this trend and bringing creators to the top!

Now imagine that a music streaming app allows an artist to upload a song – mint it with ownership  & royalty data, eliminating intermediaries even if its a complicated flow of royalties. The in-ap governance helps decentralize the platform and tokenomics and/or NFTs can be used to reward users for engaging and contributing. Essentially, NFTs & blockchain open up a new creator economy where there is value for both artist & the consumer.

Having discussed the problems with the traditional music industry & the blockchain solution to it, in a follow-up article, we’ll look at some interesting stats from the Music NFT industry & discuss in detail some really great projects emerging in this ecosystem!

Subscribe to the GCR newsletter to read the next article and get more insightful research directly to your mailbox!