Wanted Dead or Alive: The SEC is Killing Innovation 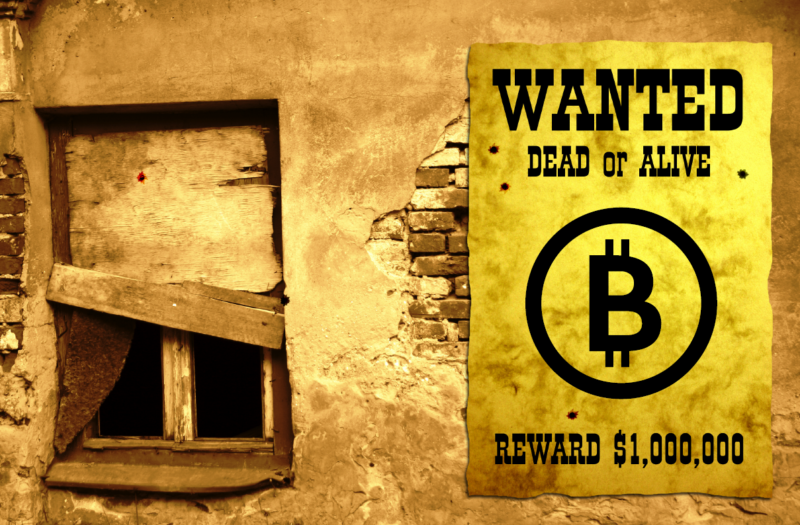 Coinbase’s recent decision to scrap the launch of a new product highlights the innovation-chilling effect of the SEC’s current approach toward regulating the crypto industry.

Ill-Equipped To Address Innovation, The SEC Is Choosing Violence

Last month at the Aspen Security Forum, and again last week in testimony before the United States Senate Banking Committee, SEC Chairman Gary Gensler dubbed the crypto industry the “Wild West,” likening the current environment to a time “that existed before the securities laws were enacted.” Gensler’s characterization of the crypto industry in this manner feeds an already prevalent perception in the mainstream media that the industry is currently unregulated.

The Chairman’s “Wild West” analogy may be splashy, but it’s not entirely accurate. The SEC and other federal and state agencies exert regulatory authority over crypto market participants every single day. What’s true, however, is that the SEC’s current regulatory framework is outdated and incapable of fairly addressing the realities of the highly technical and rapidly evolving crypto industry.

In all likelihood, the SEC knows that it is currently ill-equipped to properly regulate the space. In his testimony before the Senate Banking Committee, Gensler recognized a need for the SEC and other regulators to adapt. Against this backdrop of regulatory uncertainty, Gensler has suggested on numerous occasions that platforms and projects “come in and talk” to the SEC about their products.

Taken at face value, this would appear to be a willingness by the SEC to engage the industry in a collaborative regulatory approach. But, judging from the SEC’s latest interaction with Coinbase, Gensler’s stated desire to work hand-in-hand with industry participants may be little more than lip service.

In reality, the agency appears to be leaning into an aggressive approach rather than a collaborative one.

Coinbase’s Recent Dustup With The SEC

On September 7, 2021, Coinbase CEO Brian Armstrong posted a thread on Twitter criticizing the SEC’s behavior regarding a new product the company planned to launch that would allow customers to earn interest on deposits of USD Coin (USDC).  According to Armstrong, the SEC had threatened to sue Coinbase if the company launched its new yield program. Notably, however, the SEC apparently refused to provide any meaningful explanation as to why the agency believed the product would run afoul of existing securities laws and regulations.

In a blog post later that day, Coinbase Chief Legal Officer Paul Grewal explained that Coinbase had been “proactively engaging” with the SEC for months regarding the new product, providing the agency with information in the form of documents, written responses, and sworn testimony.  The SEC ultimately took the position that the new product would constitute a “security” under the existing legal framework—a classification that would render Coinbase’s proposed lending program illegal.  But, according to Armstrong and Grewal, the SEC refused to provide any analysis or reasoning as to why the agency believed the new product would be classified as a “security.”

In other words, the SEC threatened litigation if Coinbase launched the product, but refused to provide the company with any meaningful guidance on how the company might structure the product to comply with existing laws and regulations.

Despite the aggressive messaging from Armstrong and Grewal earlier this month, it appears as though Coinbase has decided not to faceoff with the SEC in court. Heading into this past weekend, the company quietly announced that it will not be moving forward with its planned product launch.

The Innovation-Chilling Consequences of “Regulation Through Litigation”

The SEC’s eagerness to sue Coinbase over the company’s proposed new product without providing any meaningful regulatory guidance is an example of “regulation through litigation,” a process through which policy is effectively dictated by the resolution of a lawsuit, without the public input and accountability that is inherent in traditional legislative and rulemaking processes.

As was the case with Coinbase’s new product, regulation through litigation can have the practical effect of stifling innovation.

In his Senate testimony, Chairman Gensler expressed his belief that blockchain technology “has been and can continue to be a catalyst for change.” But unless the SEC provides the industry with a transparent regulatory framework, innovators will continue to operate in potentially debilitating uncertainty over whether new technologies comply with existing laws.

When faced with the prospect of years-long enforcement litigation, many companies, like Coinbase, may scrap plans to launch new products altogether. And if that dynamic continues to play out, the SEC’s current approach could ultimately prove to be a death sentence for companies seeking to bring new innovations to market.

But hey, at least in one respect, Gary Gensler’s Wild West analogy may be accurate. There’s a trigger-happy sheriff shooting up the town who doesn’t seem to think he owes anyone a heads-up on how to avoid getting shot.