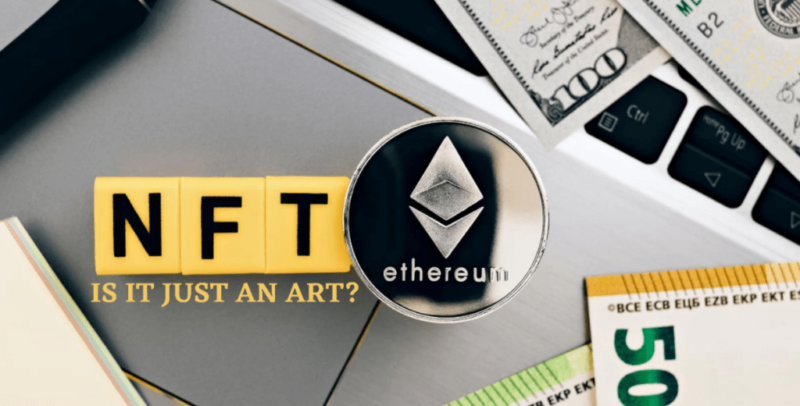 NFTs are causing a stir in the art world, but they have the potential to change so much more.

Are you an artist or content producer of some sort looking to make a buck (or many million dollars) from work that isn’t intrinsically monetizable? You may turn your work into an NFT.

Let’s assume you have a drawing, a comic strip, or anything like Nyan Cat, the animated cat with a Pop-Tart body and a rainbow tail that was sold for $580,000 as an NFT. The procedure varies per location, and some require a fee (to cover the computational “gas” needed for the transaction on platforms like Ethereum).

However, you may begin by applying to build a project marketed as an NFT on sites like Nifty Gateway.

What exactly is the NFT?

NFT is the abbreviation for “non-fungible token.” This type of token is similar to Bitcoin; however, instead of swapping Bitcoin for more of the same item that represents real money at a fluctuating market value, each NFT is unique. You have the token that proves you own anything, such as an art piece, and you may exchange it, but you’ll get a completely different item if you do. Scarcity is imposed (artificial, but isn’t everything?) to keep all the components in place.

Have you heard about folks purchasing NBA moments, digital cats, or virtual art of Donald Trump but don’t know where they’re obtaining these NFTs from? Don’t be concerned; I have got you covered.

NFTs (Non-fungible tokens) have quickly emerged as one of the most popular cryptocurrency trends in recent years. More traditional investors and cryptocurrency holders want to invest in and trade these blockchain-powered commodities.

NFTs are virtual tokens that signify ownership of anything distinct and limited, whether digital or physical, such as real estate, in-game items, collectibles, music, or art. These digital assets are different from regular cryptocurrencies. They cannot be exchanged with one another due to their particular qualities and features.

NFTs are different from regular cryptocurrencies in that no one can purchase on conventional or decentralized cryptocurrency exchanges. Instead, they are marketed and traded on specialized NFT marketplaces.

NFTs are digital assets built on a blockchain, which is a decentralized public ledger that records transactions. Blockchain is probably the most well-known technology used in cryptocurrencies.

NFTs are often kept on the Ethereum blockchain, although they may also be maintained on alternative blockchains.

Digital assets that represent both intangible and tangible things are used to produce an NFT. The examples include:

NFTs are virtual collectibles that function similarly to real collector’s items. As a result, the customer receives a digital file instead of receiving a physical oil painting to hang on the wall.

Yes! That’s right: NFTs can have one owner at a time. Because of NFTs’ unique data, it is simple to verify their ownership and send tokens between owners. The owner or creator may also keep certain information within the object. For example, a painter might sign their work by including their name in the NFT’s metadata.