DAO – A Complete Guide to Beginners 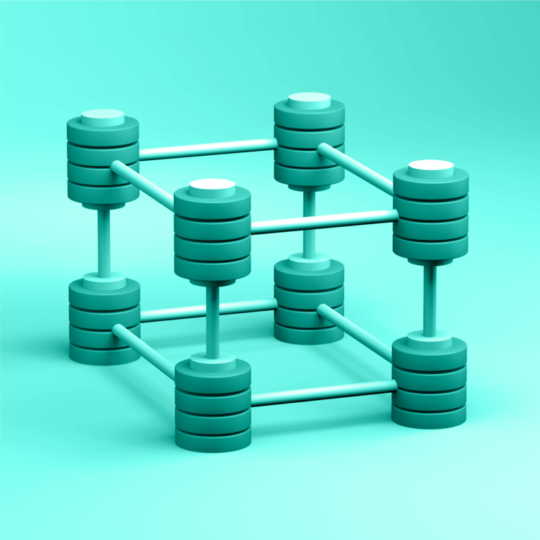 In both academic and casual discourse, one of the most common topics to emerge is the legitimacy of governance. Which form is the most ideal? Is liberal democracy a minority tyranny? Is Social Democracy a tyranny of the majority? Is democracy itself just a veneer for a hidden hierarchical structure? These and other questions are as old as the first city-states.

Whenever a ruler has the power to rule on behalf of others, moral hazards arise. The decentralized autonomous organization (DAO) is an attempt to solve this longstanding problem of legitimacy of governance.

Let’s look at what DAO is and how this ambitious project can be realized.

What is a DAO?

Imagine a hundred shipwrecked survivors on a desert island. To survive they would need to cooperate and for that, they would need to follow some basic rules. In turn, when there are rules to be followed, there are rulers and rule enforcers.
It is then that the principal agent’s problem arises. Those who make decisions on behalf of others are agents, while others are the main ones. As the decision-maker – agent – ??distributes the risk of their actions to others, this inevitably leads to greater risk for the principal. After all, they have to bear the full brunt of the decision’s consequences.

In addition, the agent often prioritizes his personal interest above the main one. This is also inevitably the case because the principal cannot fully track and control the agent’s movements. While legal contracts and the court system alleviate these moral hazards in traditional organizations, decentralized autonomous organizations dramatically reduce the risks and costs of managing them .

How do DAOs govern?

A decentralized autonomous organization uses blockchain to facilitate the self-application of rules or protocols. Of course, blockchain smart contracts store these rules, while network tokens encourage users to secure the network and vote on the rules.

Consequently, DAOs are transparent and autonomous. The number of tokens a person owns translates into the weight behind the voting rights, allowing you to target new governance proposals. This prevents DAO from being overloaded with proposals, which could create instability. Instead, governance proposals only pass when the majority of stakeholders say so.

It goes without saying that each DAO has different rules about what constitutes a majority and the voting process.

The first DAO was created in 2016, called “The DAO”, running on the blockchain Ethereum. Unfortunately, during this early stage of development, DAO had an exploit that hackers … exploited. This resulted in the Ethereum bifurcation due to $150 million in ETH locked in the DAO pools allocated for Ethereum development.

To return these funds, some Ethereum developers decided to create a hard fork – the current Ethereum. The original Ethereum blockchain continued as Ethereum Classic with its ETC currency. Suffice it to say that it was a bad start for the DAO’s reputation. However, as the DeFi protocols emerged in late 2020, DAO has become an integral part of decentralized finance

A Comparison to Understand DAOs

The best way to understand the implementation of DAO is to compare the different levels between most popular cryptocurrencies and DeFi protocols:

Represents the most basic DAO precepts. Fundamentally, blockchain is a peer-to-peer (P2P) network that allows users open access to execute transactions, validate them and add new blocks. In other words, Bitcoin is an autonomous and decentralized organization of nodes. However, it is not a decentralized autonomous organization because Bitcoin lacks the complex governance rules that are characteristic of DAOs .

It is the first DeFi protocol to have pioneered Automated Market Makers (AMMs), which made it the most popular decentralized exchange (DEX). Currently, Uniswap holds $6.8 billion of TVL (total blocked amount) in liquidity pools by liquidity providers (yield producers). In addition, the network has its own UNI governance token, which is used to vote on improvements and fund liquidity pools. As such, Uniswap is a complete DAO, but you need to own 1% of UNI’s total supply to propose new governance rules or adjust existing ones.

DAOs can be Complicated and Vary

When comparing Uniswap with MakerDAO, it’s clear that the rules make all the difference. As the Uniswap protocol instituted the requirement to own 1% of the UNI supply, it effectively prevented more than 90% of users from participating in directing the development of the network. On the other hand, MakerDAO’s foundation is about to dissolve in the coming months.

Consequently, it is fair to say that a suitable decentralized autonomous organization has full decentralization – no central supervisors. Correspondingly, DAOs start in a semi-centralized state. First, the core team of developers must take care of the protocol as it grows and more users join it. Furthermore, the greater the number of users, the larger the stakeholder pool, which drives the momentum towards complete decentralization.

How does a DAO work?

Let’s say you’re working at a company that designs video games. This field of work is highly dependent on technical and artistic talent. Furthermore, due to its complexity, video game development often suffers from the so-called “increase in resources”.

This is an organizational failure where the project continues to add new features beyond the original vision. This often results in a mess, crippling costs, and drastically prolonged development time, eg Star Citizen.

To prevent such a feature from occurring, the game studio can set funding rules with a DAO running on the Ethereum blockchain. They can, for example, set a budget limit and lock the smart contract funding pool. So, every action – 3D modeling, programming, sound, voiceover, etc. – is automatically calculated against the budget based on the current rates used by the organization.

Therefore, each team member will receive tokens to vote on additions. Additionally, team leaders receive proportionately more tokens. If your votes exceed the budget limit, the vote will be disapproved. As a result, the team would become aware of the scale of development that can be cost-effectively accomplished.

Likewise, the same use of DAO can be employed to dethrone CEOs of companies, pool resources to hire vendors or freelancers, pay bonuses, and other things.

Pros and Cons of DAO

A strong case could be argued that evenly distributed voting power is not positive. Just take a look at the Pareto Principle to understand why this is so. Economist Vilfredo Pareto noticed a recurring pattern in his studies of entire sectors of the economy.

Therefore, the Pareto Principle quantifies these observations into an 80/20 rule. That is, 80% of consequences derive from 20% of causes. In organizational terms, 20% – the “vital few” – are responsible for a successful result. Most people have already realized this if they have done group projects in schools or universities. https://www.makemoneyadultcontent.com/

Therefore, DAOs would have to consider that not all votes should be counted equally. This would mean that some users would have more tokens than most, which would decrease decentralization. MIT Technology Review reached a similar conclusion in 2016.

Another potential disadvantage of the DAO is that its rules can span multiple legal jurisdictions. That is, if a problem occurs that cannot be rectified through symbolic voting, you will have to deal with a lengthy and complicated legal case.

However, a well-crafted smart contract results in DAOs providing organizations with a transparent and easy way to govern institutions. This is especially true for those organizations in which the majority of members do not know each other. The scenario is best exemplified within the largest organizations where people don’t know each other – nations. A DAO blockchain for voting can safeguard the transparency and legitimacy of the election, and this has been widely accepted.

Outside of the previously mentioned MakerDAO, which is the biggest and most popular DAO, here are some other noteworthy DAO candidates.

Unlike standard Defi protocols, Gitcoin does not facilitate yield farming but rather seeks to bring together blockchain developers, such as a specific blockchain platform similar to UpWork or Fiverr. To facilitate its funding, Gitcoin has launched Gitcoin Grants. Using the EIP 1337 token for quadratic voting, Gitcoin Grants matches all donations received.

Each donation is weighed against the number of donors for blockchain projects. This is another example of the creative use of an autonomous decentralized organization. Also, rather than favoring projects funded by a few donors with a lot of money, Gitcoin Grants favors projects that receive the most community involvement.

Aragon is a DAO and platform for creating custom DAOs. This makes it extremely useful for users who do not have advanced programming knowledge. Furthermore, Aragon takes care of the types of smart contracts and the interface, and it’s up to you to decide how to manage your organization.

In addition, Aragon offers Aragon Fundraising, formerly called Apiary, for crowdfunding. Launched in April, Aragon Fundraising’s key feature is an intelligent binding contract. They are AMMs where users can deposit collateral in exchange for an organization-specific token. That is, it makes Aragon a DAO ecosystem with a wide range of use cases.

Have you always wanted gold but didn’t mind the practical problems of protecting it? Digix comes to their rescue, tokenizing their gold possessions. Each token – DGX – is worth 1 gram of gold. Digix was one of the first projects released as an ICO on Ethereum, which means it has a long history of verifying that it’s not a scam.

In addition, Safe House’s vault in Singapore protects the gold and an independent Bureau Veritas audits it. Outside of the DGX token representing gold ownership, the DGD token is used to vote on how the company uses the funds for further development. In turn, users receive DVDs as quarterly dividends.

After Ethereum completed the hard fork Londron, it took another step towards the Ethereum 2.0 Proof-of-Stake (PoS) update. Of the five new changes, the introduction of burnable rates is the most significant, making Ethereum deflationary with 3.26 ETH burnt per minute.

MolochDAO’s sole purpose is to fund ETH 2.0 grants. To join MolochDAO, you must be invited by an existing member. Then, each member holds shares that are equivalent to voting rights: 1 share – 1 vote. These shares are not transferable or salable between members and are used to vote / finance proposals.

Aave is currently the highest-rated DeFi loan protocol with over $15 billion TVL (total blocked amount). If you want to use it to borrow money, the protocol issues (mints) ERC-20 tokens in a 1:1 ratio to the deposited assets. This gives users a stable, compound interest rate. In addition, Aave has fast loans in which both loan and repayment must take place in the same transaction.

Of course, developers can try and combine new DeFi uses with these flash loans, which are suitable for this purpose. In addition, the Aave LEND governance token (ETHLend) is used for fee reductions and voting on Aave Improvement Proposals (AIPs). Furthermore, the latter can even be performed if LEND tokens are blocked as collateral.

Decentralized autonomous organizations serve more as open-source access to non-trusting organizations, rather than being purely decentralized systems. After all, apart from voting in general elections, there aren’t many environments in which the equal distribution of votes is beneficial.

As such, DAOs are on a spectrum of decentralization. In other words, logical rule design, as opposed to geographic decentralization, is much more important. They can lead to centralization, decentralization or something in between. Whatever the case, Aragon put on the best showing so far in terms of using rules like “legos” to build a DAO with confidence.