Cryptocurrencies, Metaverse and Web 3.0: How cryptoassets are already shaping the future of the internet 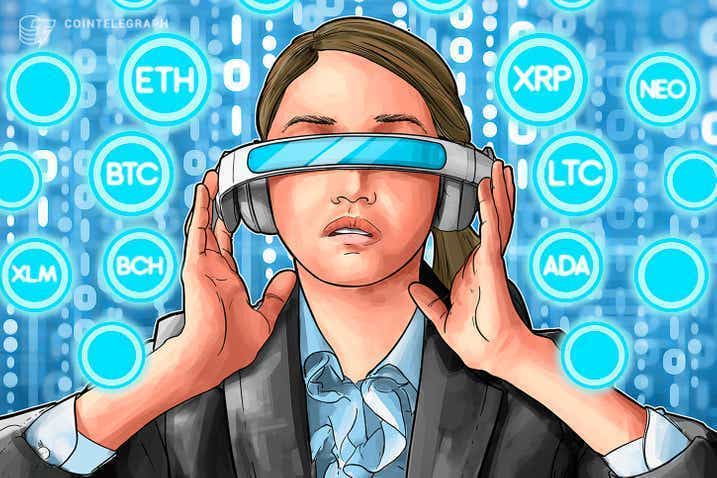 The term metaverse entered the radar with Facebook’s announcement to change the name of its controlling holding company, but the limitations of Web 2.0 will have to be overcome and cryptocurrencies and decentralized finance have solutions that can take web 3.0 to the level that the metaverse needs.

This week, Facebook announced the change of its brand to Meta, the new name of the holding company that will control all the company’s brands, underlining its aspirations for the so-called metaverse.

Though ambitious, Facebook’s plans are still subject to some of the limitations inherent in the Web 2.0 model. Overall, this is expected to result in a less transparent secure network, where the value created does not add to users, as would be the case on a decentralized platform like Ethereum.

Since acquiring Oculus in 2014, Facebook’s vision for virtual reality has evolved. A key condition at the time of purchase was that users did not require a Facebook username to log in. This condition has already been broken, with Facebook imposing mandatory logins on its platform. Furthermore, it connects a user’s information with their data on other Facebook platforms.

As Facebook has expanded, the relationship with its users has become increasingly extractive. It’s become a cliché, but users are the product that fuels advertising revenue at the end of the day. This leads them to benefit at the expense of their users’ time and information.

Companies built on Facebook’s metaverse are also at risk of competing with them if they decide to launch their own apps. Here, too, the relationship with complements is suboptimal.

Web 3.0 offers the potential to fix these issues by aligning the interests of users and platforms. This is the case as users, builders, and platform owners can all be the same on the decentralized web.

Tokens can serve as incentive mechanisms to attract users and builders and can then be used to vote on decisions about the metaverse. While this doesn’t guarantee that everyone will be happy with the results, it does allow participants to have an impact on the platform’s direction.

Users and builders do not need to trust an entity to act in their best interests. Through the blockchain, people can openly validate the activity that is taking place and, if they don’t like what is happening, they can simply fork the network. Which of course it will not be possible to do in the networks of the newly named Meta.

The simplicity of creating a competitor also creates pressure for these platforms to build eager communities. Users and builders would also have incentives to talk about the metaverse(s) they support in the form of tokens. This intensifies the effects of the network as participants are encouraged to bring in more users. An example of this is the Ethereum network that continues to grow and create an incentive to use its token and network.

The strong effects of an Ethereum-like network lead to periods of exponential growth, as seen in the volume of Ether transactions. This could lead cryptocurrencies to more ascendant adoption of a metaverse than the traditional ad-focused approach. Which directly differs from the Facebook/Meta business model.

Another factor worth considering in a cryptographic metaverse is security. Facebook’s recent outage is a testament to the potential problems of having a central point of failure and always looking for a decentralized solution and in this respect, decentralized finance (DeFi) and cryptocurrencies can teach a huge lesson in how to maintain an expensive operation, profitable and without interruption.

In cryptoassets, security is distributed over a network of nodes working with each other. Most of the smart contract platforms that would serve as a natural foundation for a decentralized metaverse currently rely (or are planning to) on proof of participation (POS) to reach consensus and protect the blockchain. In the case of Ethereum, stakers deposited more than $33 billion in ETH to protect the network.

For anyone trying to attack the network, they would need at least a third of the stakes to influence consensus. In addition, since there are penalties for wrongdoers, attackers risk losing their assets if they put the security of the network at risk.

Inactive validators are also penalized, ensuring that those protecting the network do so constantly. This was the case with the release of the Ethereum Beacon Chain, which recorded 100% uptime and no known exploits.

Overall, there is a stark contrast between the appearance of a web 2.0 and a web 3.0 metaverse. While it is not yet known how they will evolve, a cryptographic metaverse promises a more inclusive, secure and aligned network.